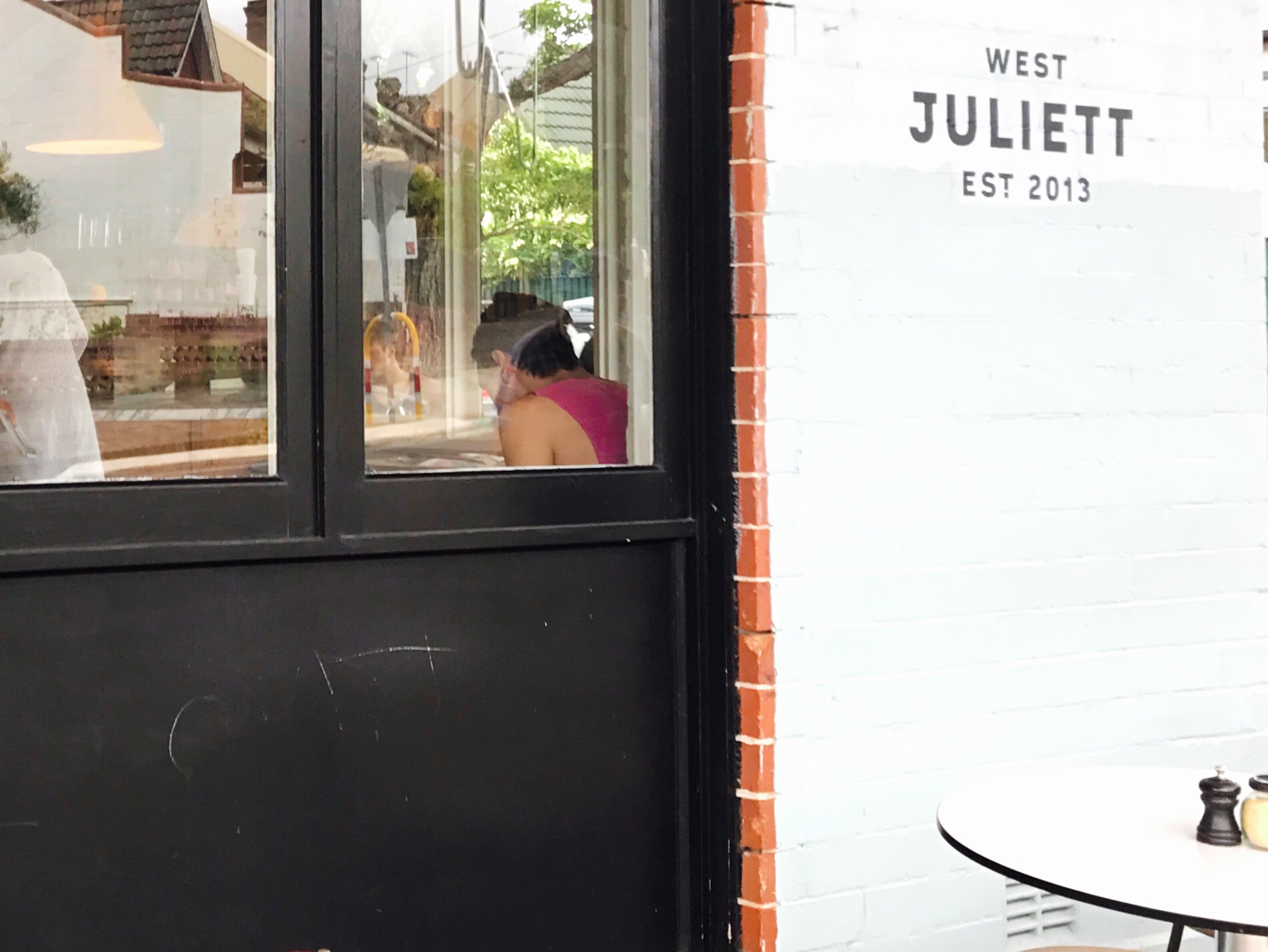 I could throw a severed top-knot while blindfolded and hit a decent cafe, from wherever I stood in my neighbouring suburb of Marrickville. Stumbling across an exceptional cafe however, occurs far less often, in any suburb. West Juliett is one of those exceptions.

I’d arrived late for lunch the day before, and had begrudgingly sipped my coffee, with my beady eye and pursed lids fixated on the lonely kitchen as if to scorn its closure. Little did I know my anger would – in actuality – reach its peak the following day, when I returned to eat.

Luckily we missed the lunch rush, and tables were a plenty, making 2pm on a Thursday afternoon, an ideal time to visit. West Juliett’s sensibly varied, and seemingly local (enough) clientele of lower middle class GenX workers and early parents is equally as refreshing as its simple, elegant, but not-so-trendy-its-stupid decor. 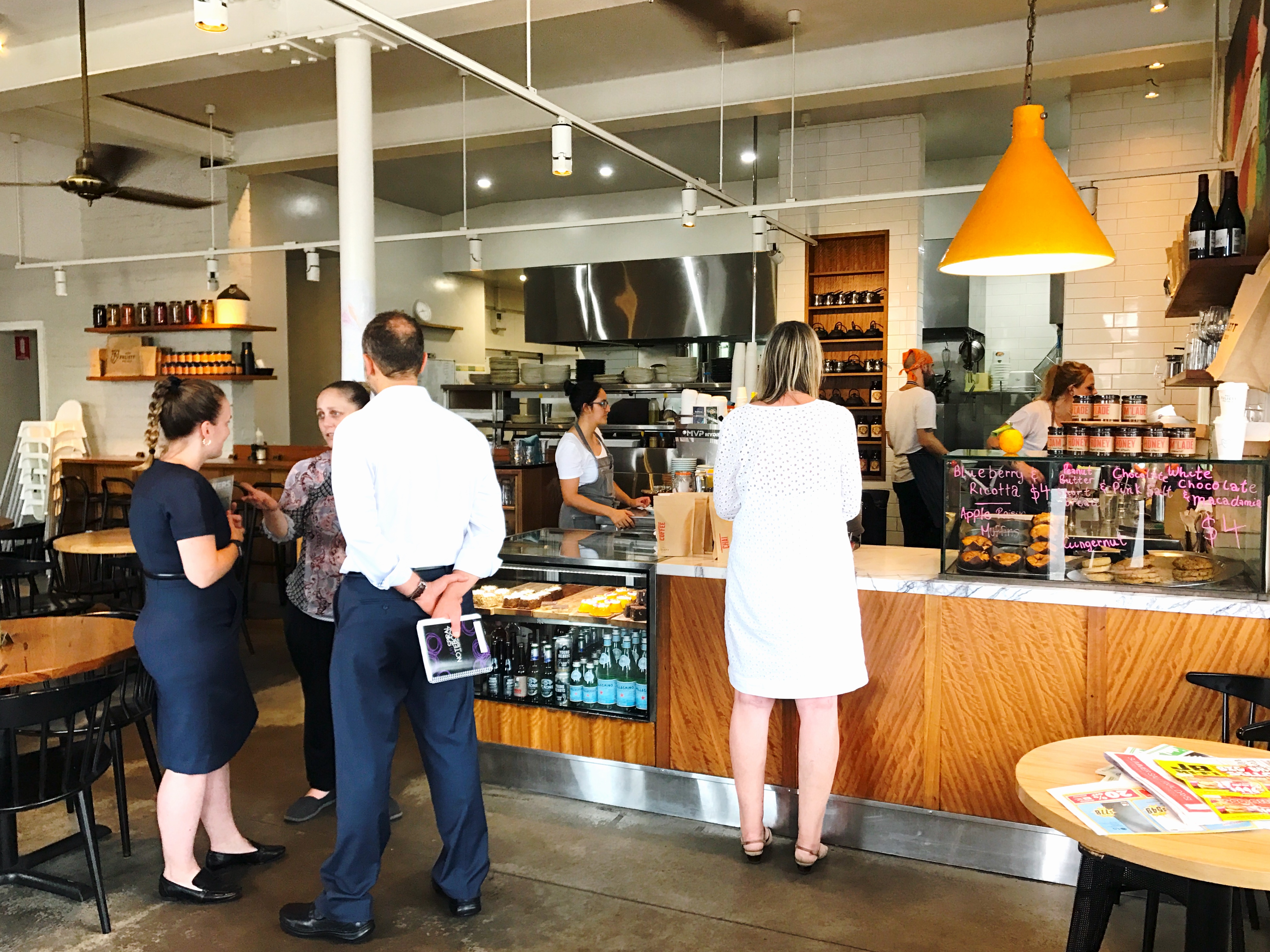 The Sauteed Mushrooms ($18.50) benefitted from the marriage of some winning flavour champions, including (but not limited to) Salsa Verde, Goat’s Curd and Cured Egg Yolk. I added a poached egg on top ($3) because I could.

My sidekick indulged in the Salmon Benedict ($19), including the obligatory perfectly poached eggs and salmon, spinach, capers and a truffle hollandaise with a sprinkling of Cayenne. She added fried Halloumi on the side ($5) because she’s a bad girl. The net result, again exceeding our flavour expectations. 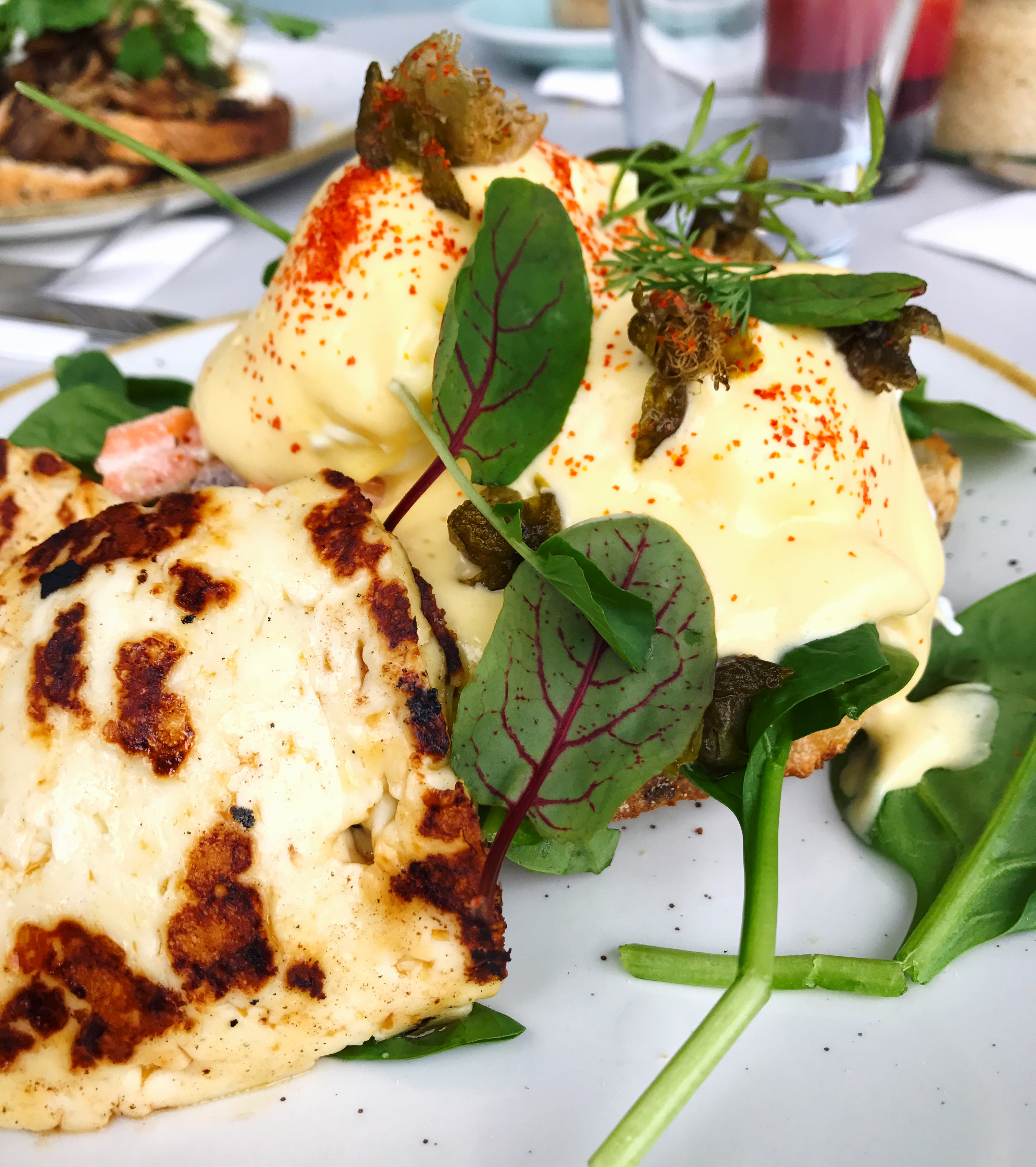 I was also pleased to learn that this cute inner-west landmark was run by a husband and wife team, the latter of which I met upon my exit as she approached me to pat my dog. She was gracious and affable. Nothing worse than another 27 year old owner with skinny jeans and pony tail who is too cool to chat with customers and still thinks The Clash is a good band.

Whether you’re in the hood or not, check out this gem.