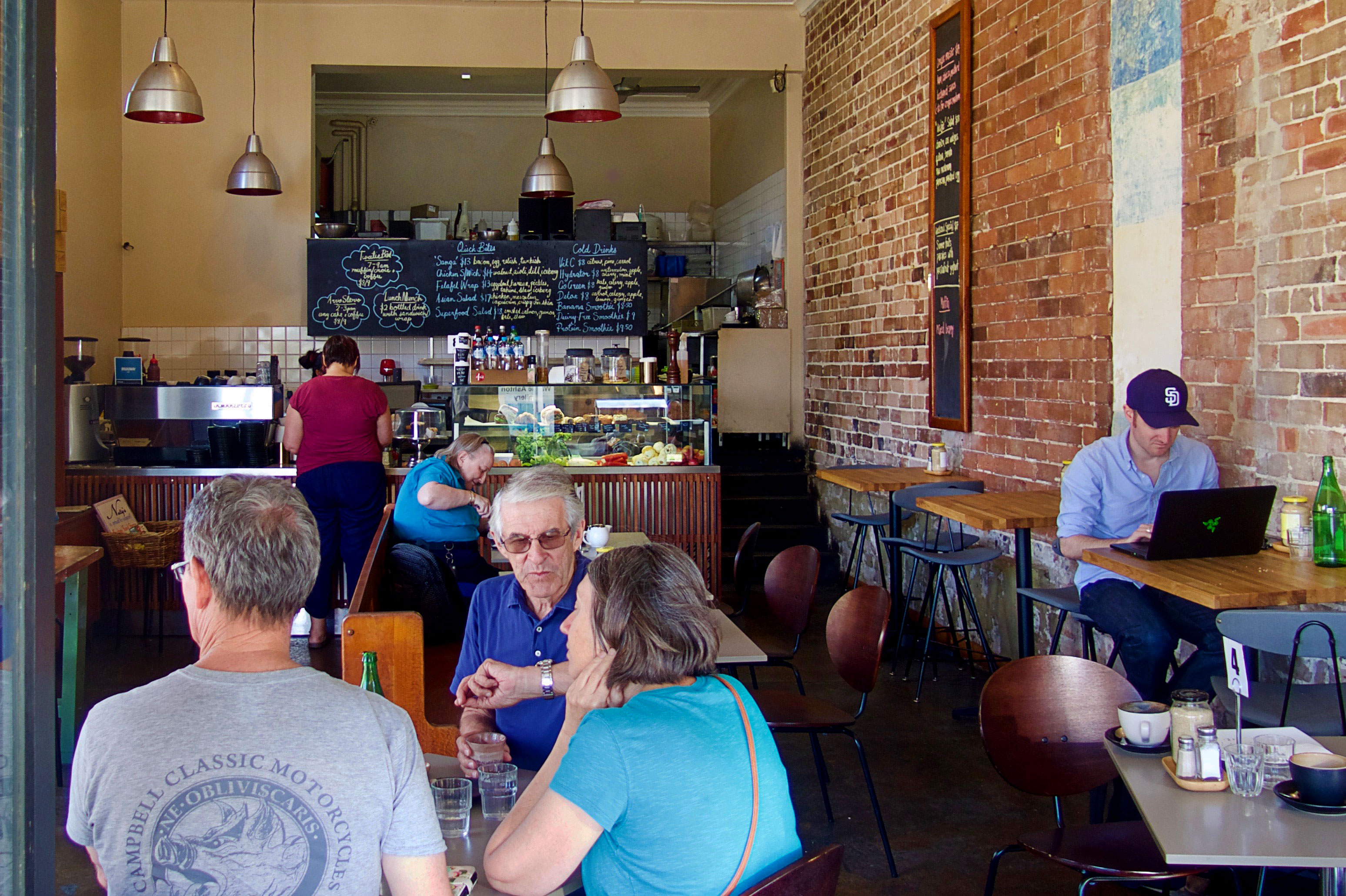 A stone’s throw from the horrendous sounds of nearby Parramatta Road, Natty’s Cafe service the surrounding commercial and residential streets of Stanmore, in what is beginning to become a hotbed of competition for the suburbs affections. Who would have thought Stanmore had competition in anything besides attaining junk mail.

Now with Natty’s, I revel simply in my ability to attain loaves of Sonoma bread, only a few short steps from my house, as I find the supermarkets pay less attention to shelf-life, and I end up with something that would be more useful if thrown at the neighbours when they decide to jump on the drum kit at 3am.

The special when I visited was the Croque Monsieur, which at $12, was a decent bang-for-your-buck cafe toastie, oozing with mayonnaise, albeit far different from the traditional dish. Possibly even better.

My date had the ‘Omelette’ with bacon, halloumi and tomato, which tasted better than it was presented. Nonetheless the portion size was good value for money. We could have shared the thing between the two of us. 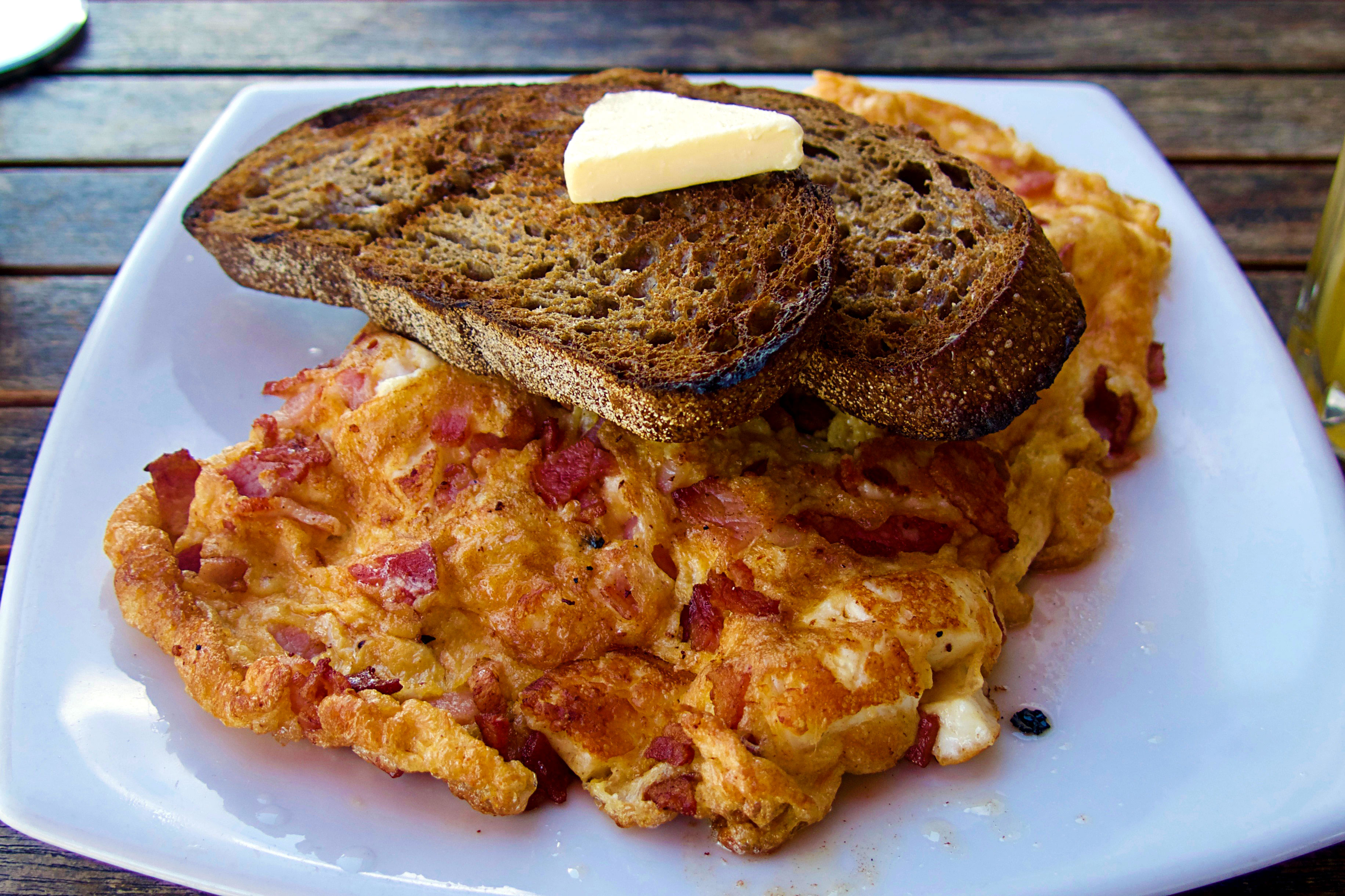 While Natty’s might not cut the mustard in the Coffee game in Stanmore, they do put up a fight, and being at the top of a hill across from a Veterinary Clinic makes for decent dog-watching.