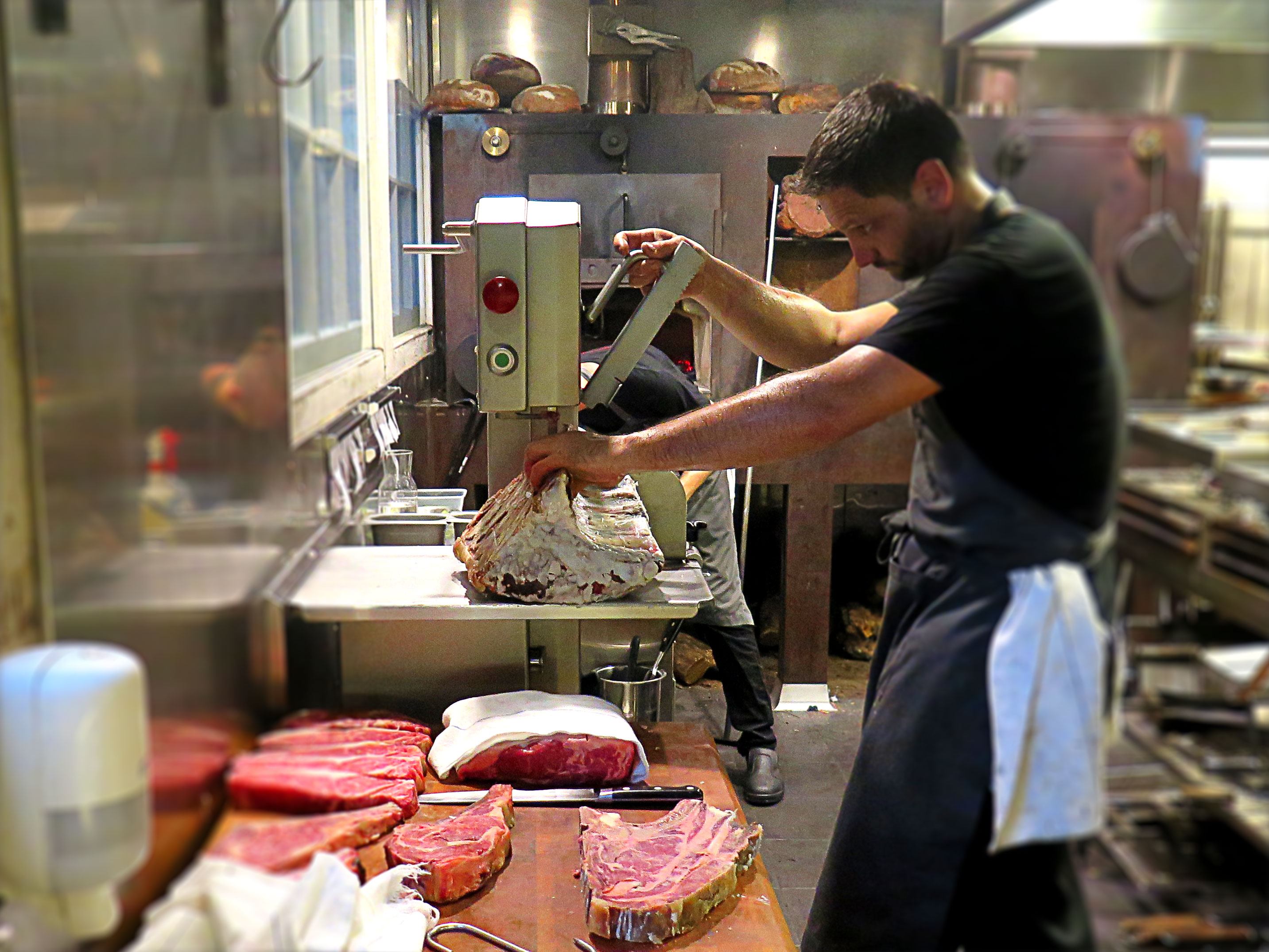 Any restaurant with a furnace that resembles something out of a Saw film, must be operating on some higher level. I learn from one of the cooks that it exists to facilitate the scorching of hot coals, inevitably to be utilised for the cooking of, well… everything on the menu.

Our seat at the bar opposite the action is like being placed in front of the speakers as a Slayer concert. Except instead of being belted with beats, you’re hit with heat. Still, it provides good access to the chefs for the odd culinary query, and a great view of this unique restaurant’s functional logistics. Something I can’t say for a Slayer concert. 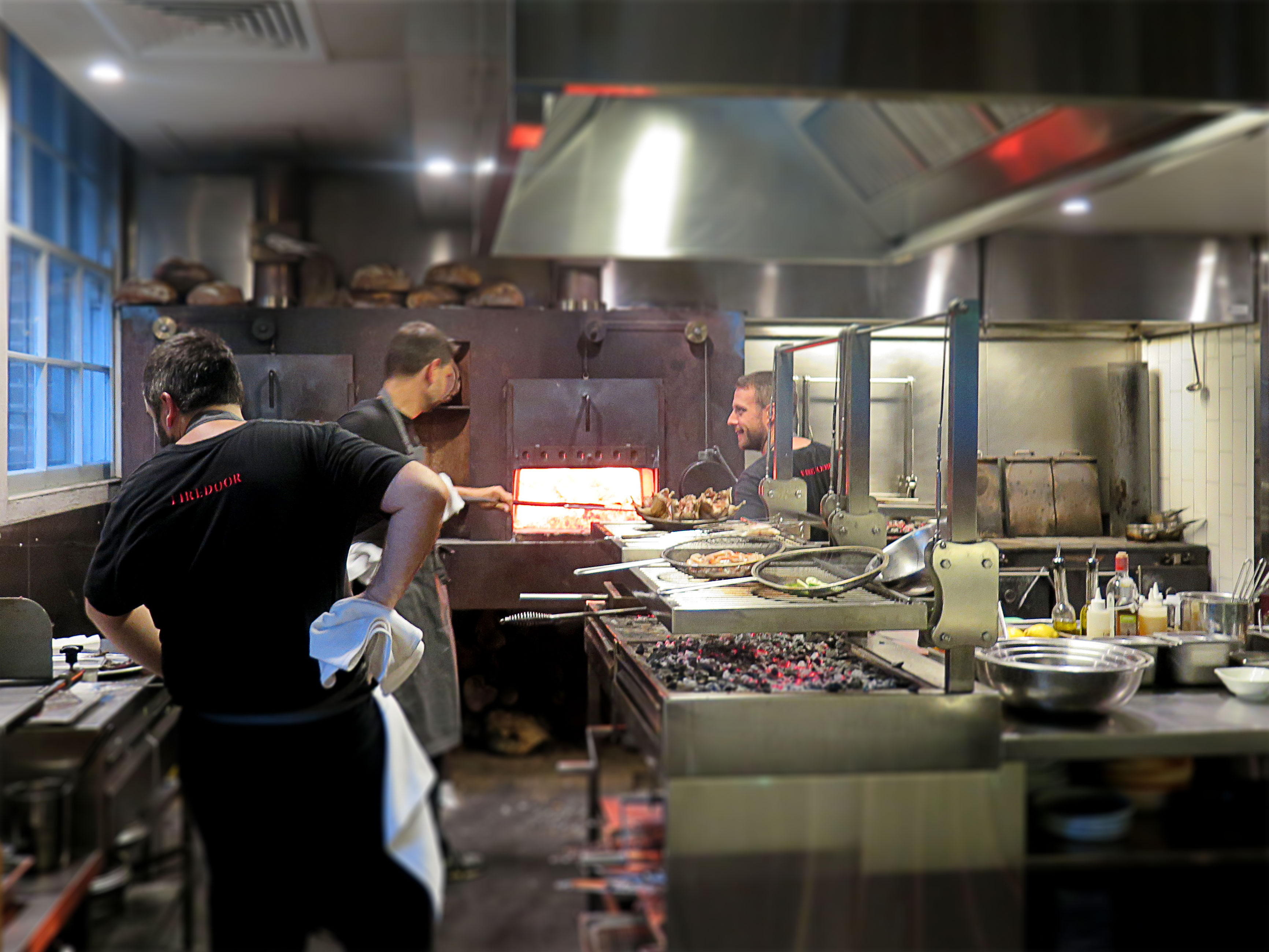 Not everything at Firedoor is a coronary waiting to happen. In fact, there is particular attention paid to seafood here, as our two entrees indicate. 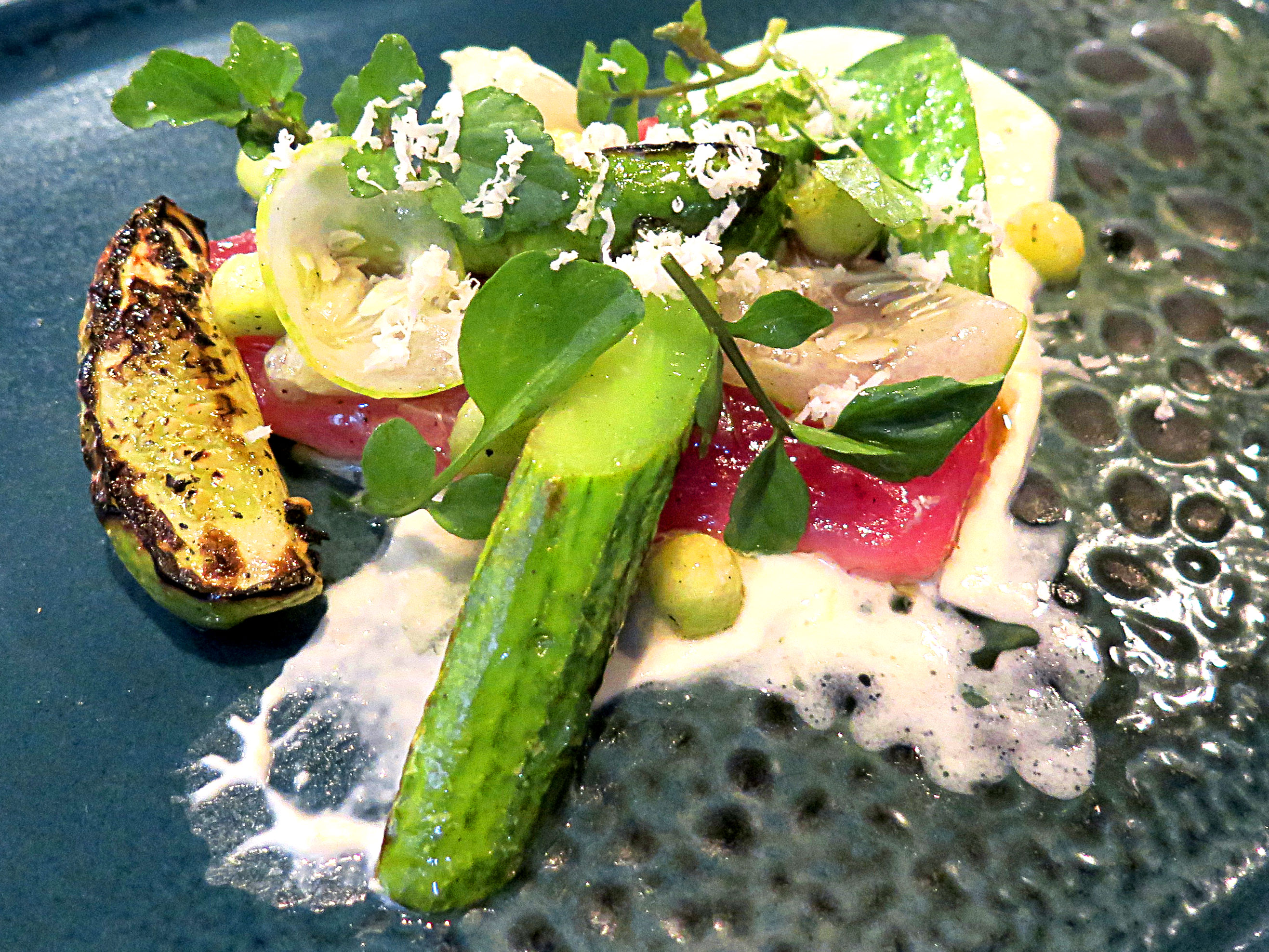 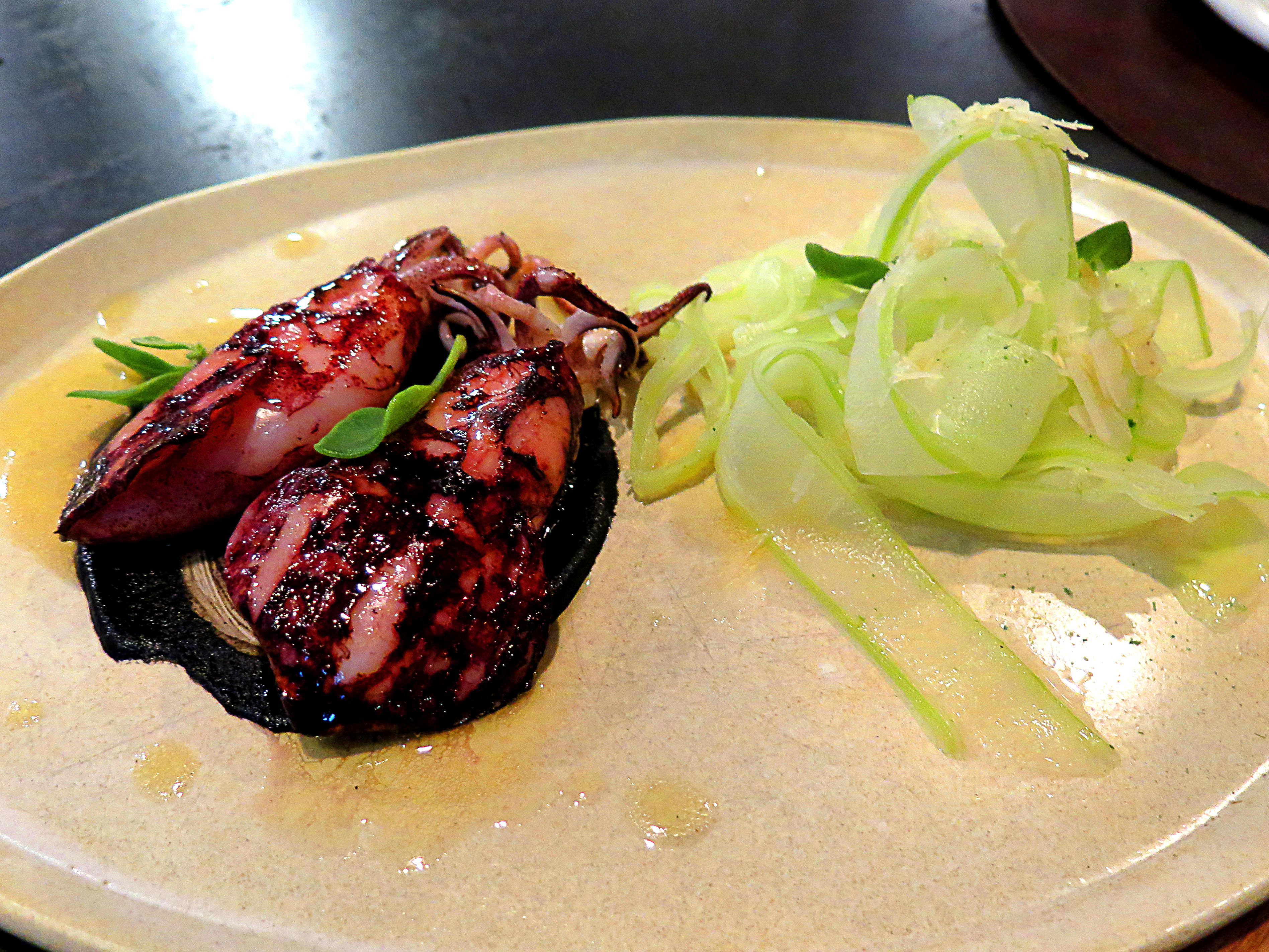 Head Chef Lennox Hastie doesn’t shy away from the green stuff either. 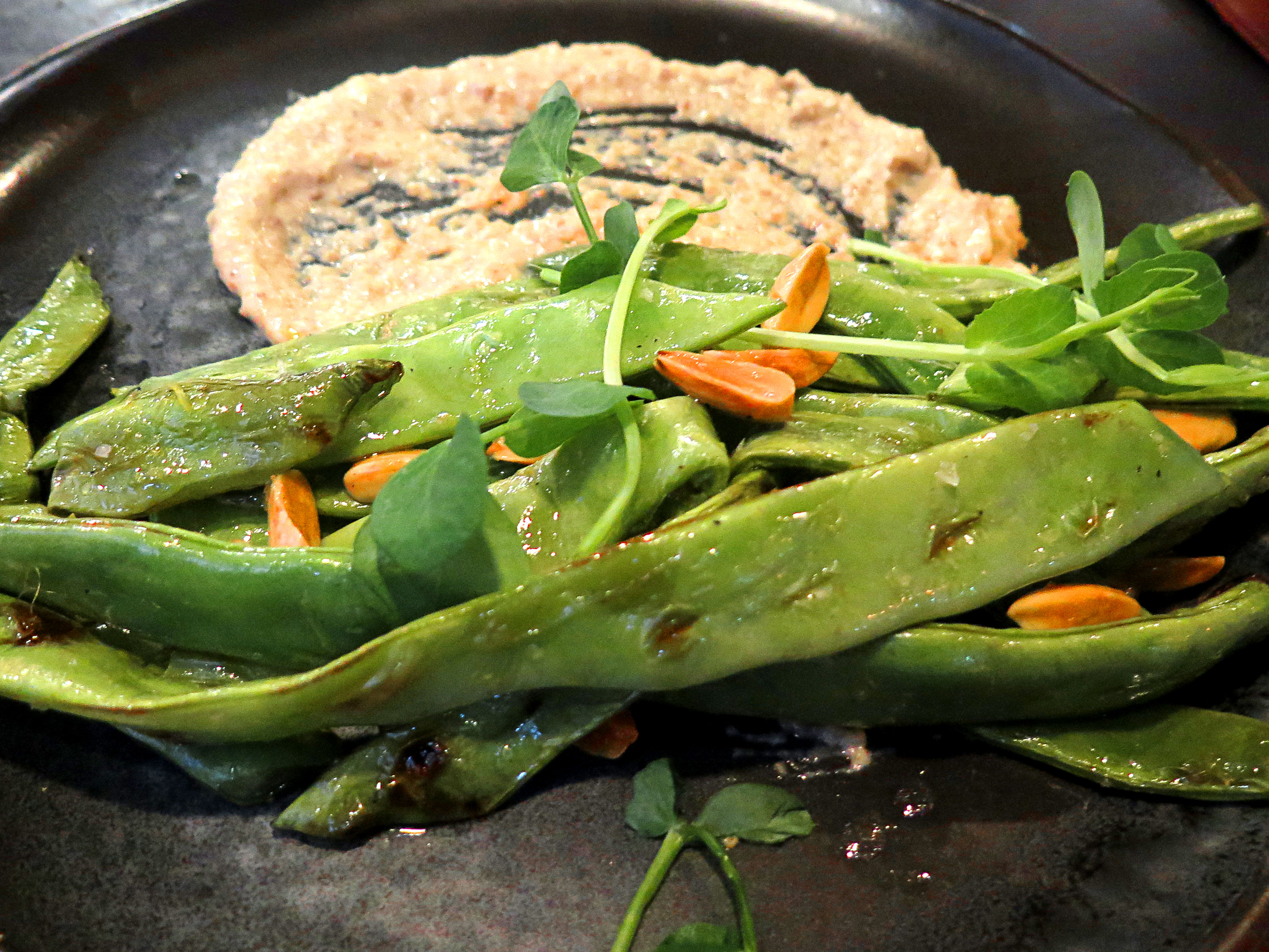 But we came here for the Dry Aged Beef Rib right? Right.

At a whopping $167 (shared between two), my expectations were high. The relatively slender steak finally found its way to our table after a 5 month dry aging business trip. A marathon by anyone’s records, and combined with the preparation and cooking process at Firedoor, an exceptional achievement. 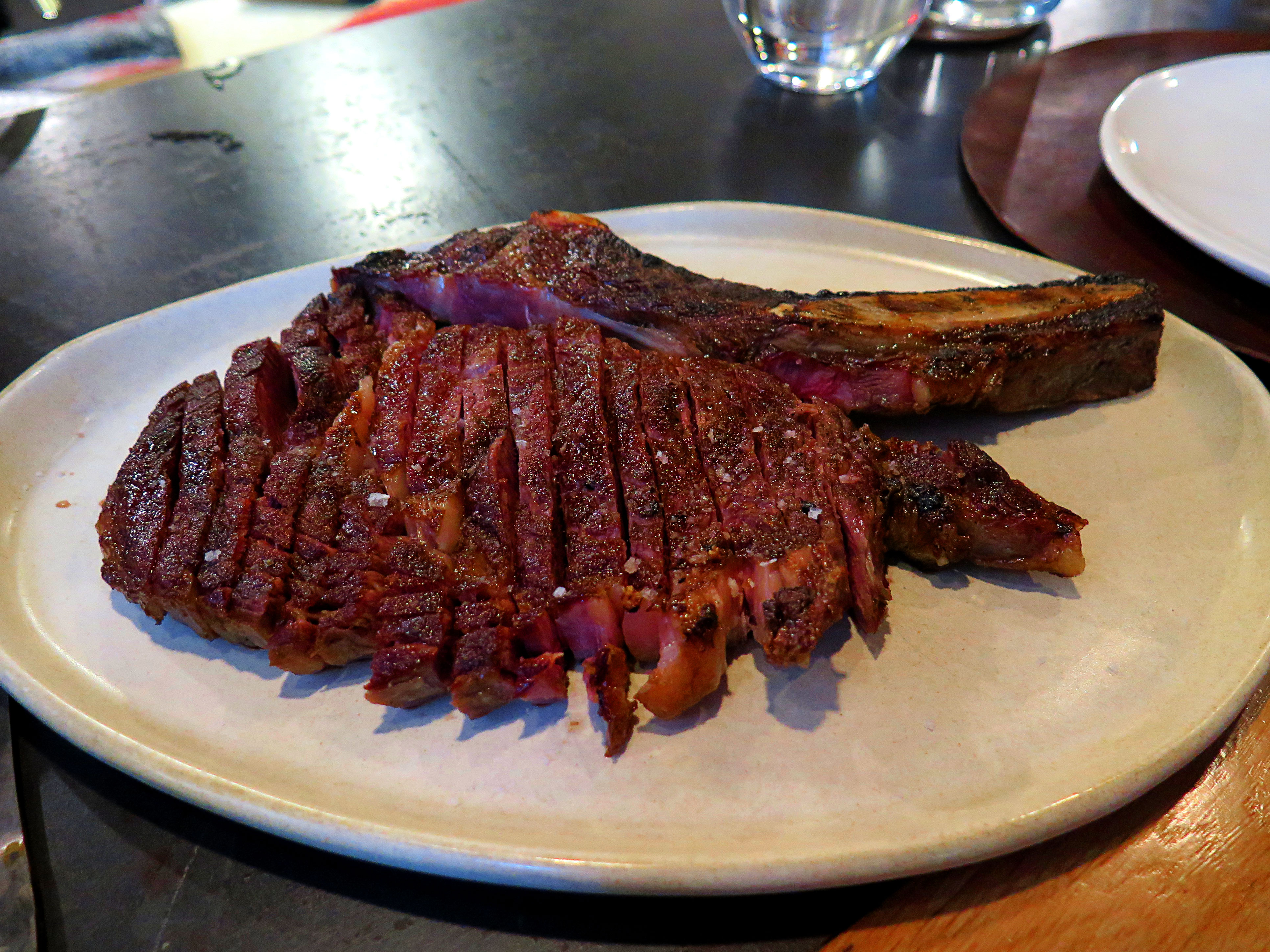 Served on a plate separated from the bone and sliced perfectly to enjoy with nothing but fleur-de-sel, it is truly a no-fuss experience that’s all about the main event. 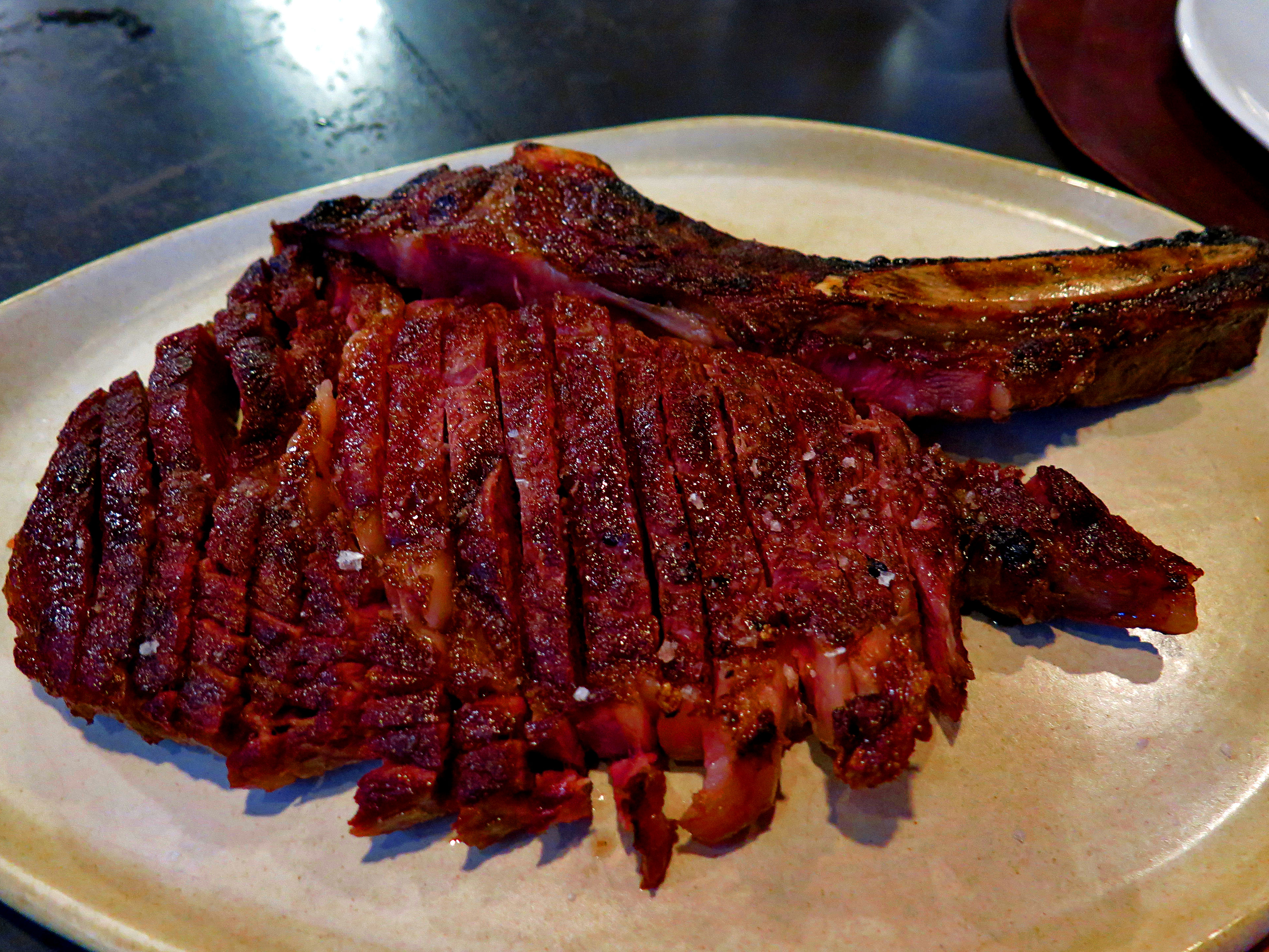 It was, however, double or even triple the price of other near-perfect beef cuts I’ve consumed in different corners of the suburb. Does it taste twice or three times as good though? Well it’s certainly better than most, but perhaps not three times over. While I understand what has gone into the process of this beef, it’s price point still needs to be taken into consideration.

Let me be straight with you. This is an amazing piece of beef. I do not regret ordering it. Would I order it again with all this taken into account? Probably not.

Either way, I’ll definitely be returning to Firedoor as the menu could not be faulted, the vibe is sleek with a wink of tongue-in-cheek charm, and most of all, you can tell this place cares a lot about what it does. And it does it very well.