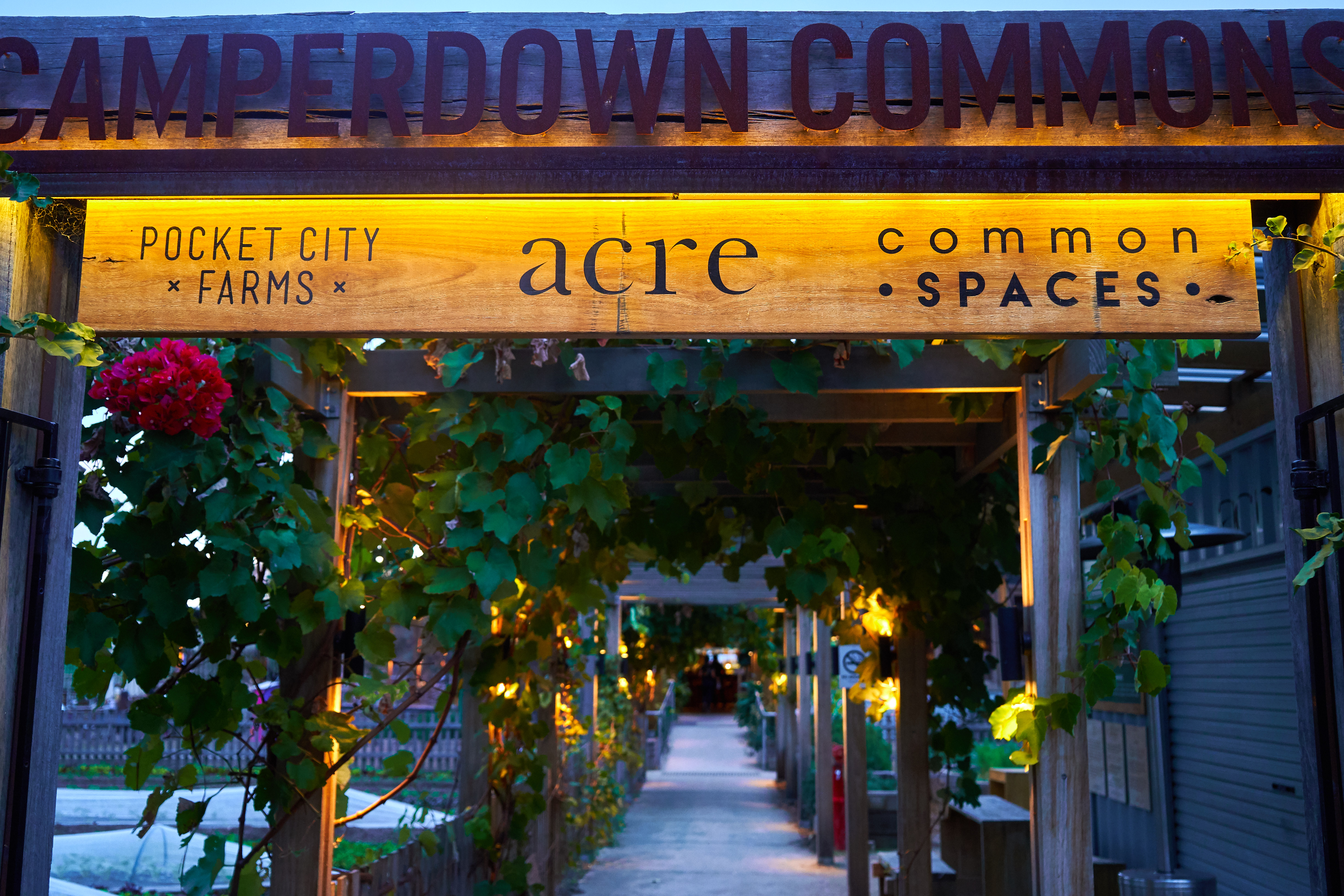 Sprawling over what looks to be around five hundred square metres of precious inner west real estate, the ‘Camperdown Commons’, and its nested restaurant ‘Acre’, are the new feather in the cap of Camperdown. 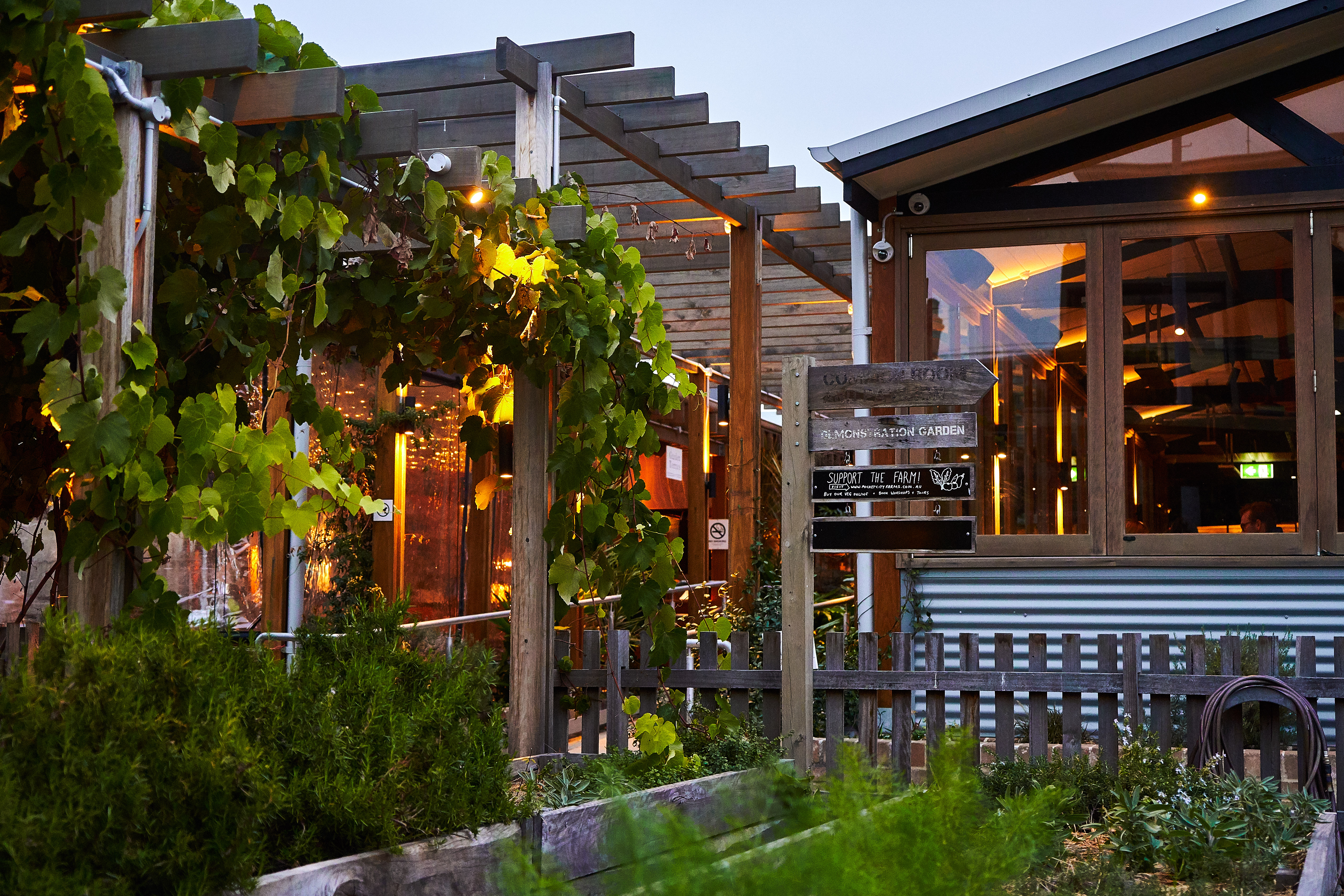 Complete with meticulously landscaped rows of vegetables and herbs that lend an aesthetic charm as well as providing a decent portion of what’s on your plate. Apparently there are some chickens as well, but their eggs won’t be on the menu. 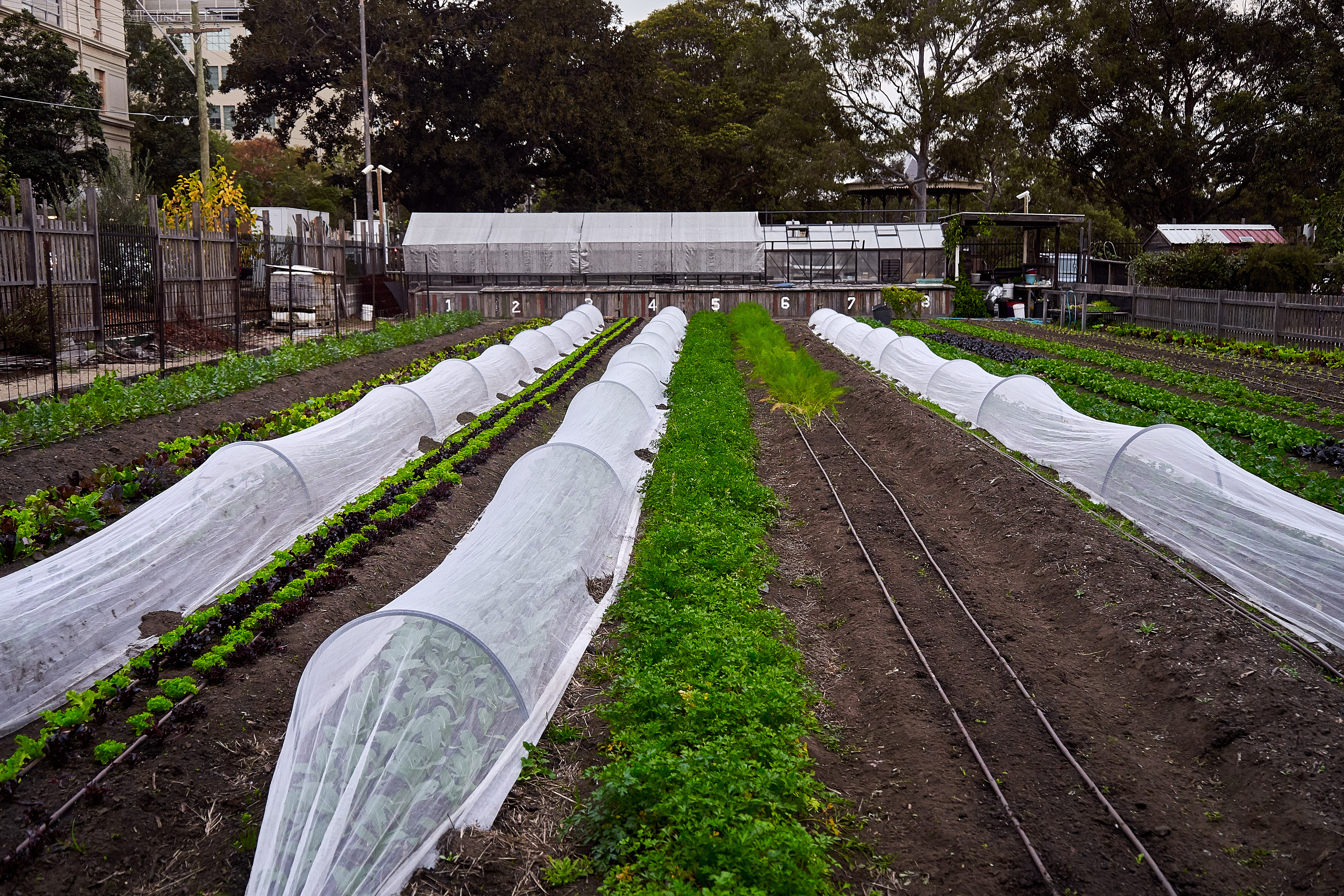 But I was here for the atmosphere and the Spritz Bar. Both of which came up trumps. The Acre Spritz ($14) met my expectations as a standout twist. Hard to imagine that the addition of Capi Blood Orange and lemon myrtle would make this a bad drink.

My date sipped on the Lavender Dream ($14), which was a tad subtle to my taste. Bordering on watered down. However if you felt like knocking back fifteen of these on a hot day, they’d probably do the trick. 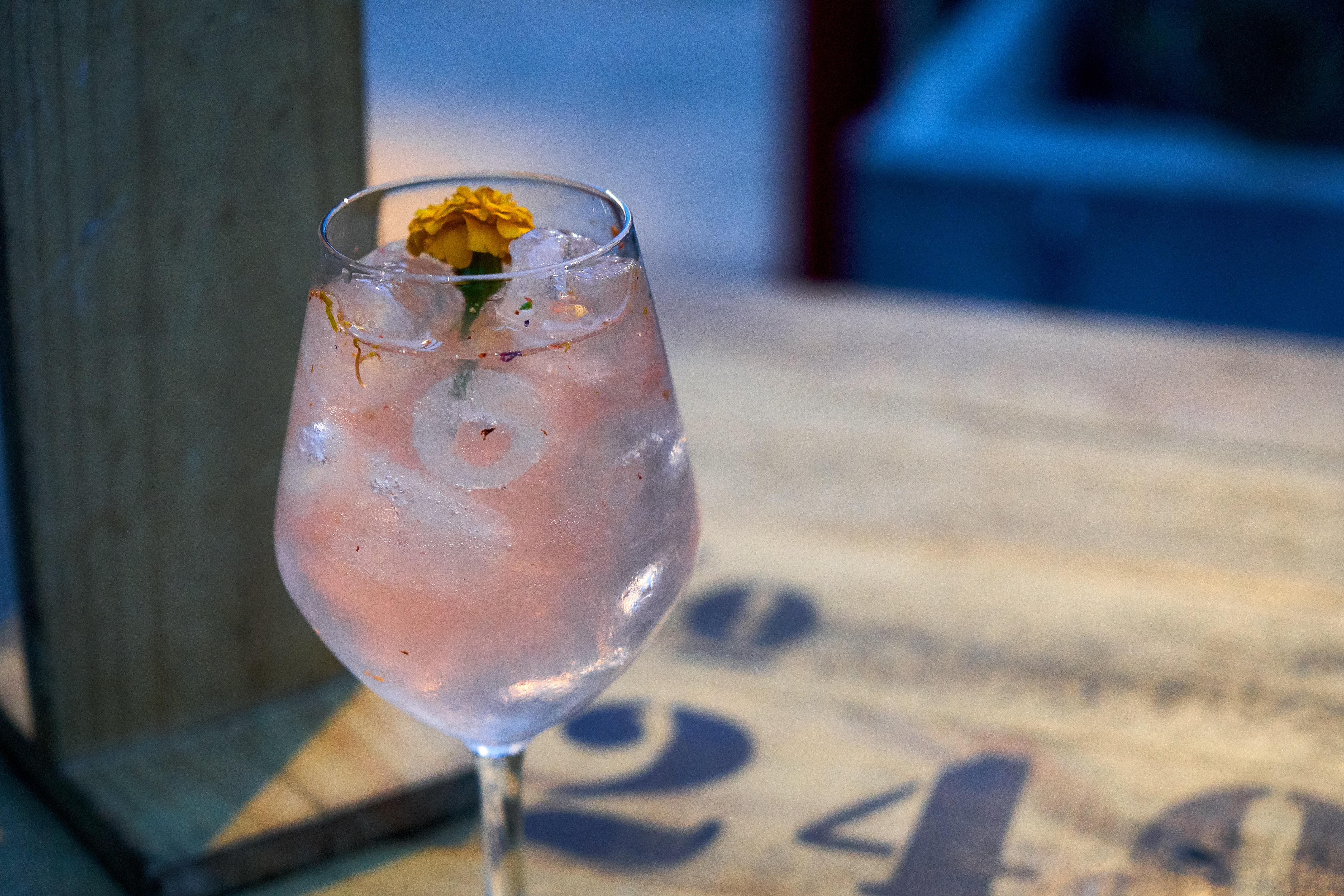 Picking at Marinated Olives ($5) is a great way to allow time to pass while sitting in the garden, trying to ignore the flocks of children who are swarming like locusts in the play area, about thirty metres away.

While not here specifically to dine, I asked a waiter what his favourite share dish was, and then ordered it. His pick of the Grilled Chorizo & Potato Aioli ($10), convinced me that I’ll need to return for dinner sooner than I’d initially projected. 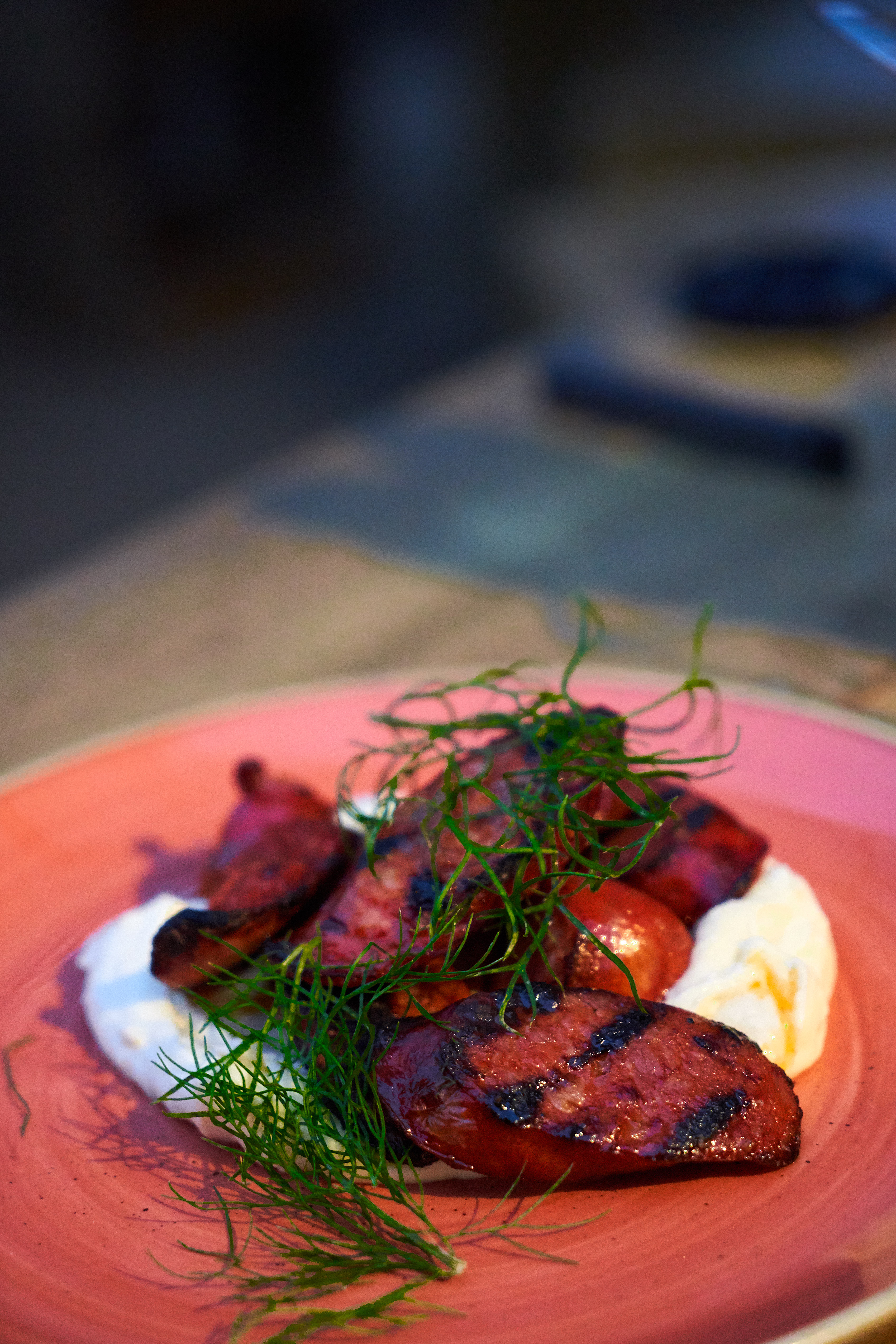 Here, it is important to note that I believe Potato Aioli to be the perfect antidote for the scourge on society that regular Aioli has recently become.

So far, so good. The space itself should get you excited to spend a sunny afternoon presiding over a garden you’ve never helped maintain, while eating presumably sustainable food and getting drunk off locally sourced booze.

The rest? Time will tell.

I’ll be back soon, and I’ll be bringing my appetite.