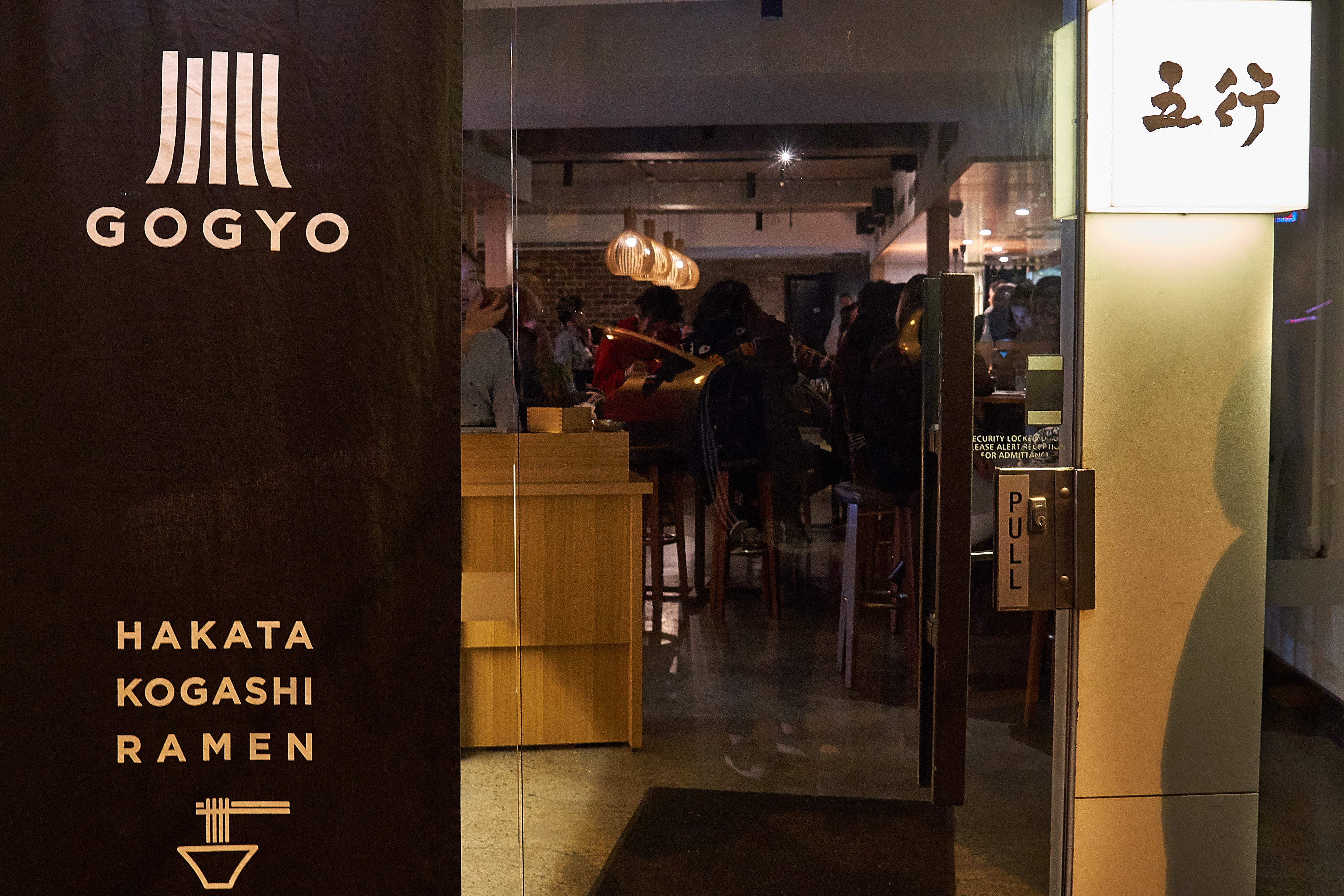 Since my first trip to Japan last year, I’ve longed to begin a series on Look Mum No Hands about Ramen in Sydney. I’m under no delusions that I will experience anything close to what I ate in Tokyo, but the pursuit to satiate my cravings ought to be well documented, if there’s any chance of a future go-to emerging. Behold; “Everybody Loves Ramen”

I begin my voyage at Gogyo, Surry Hills. It’s a bit of a flash start to be honest. The restaurant’s interiors are something I’d associate more with a mid-to-high-end establishment, targeting graphic designers and social media coordinators (whatever the hell that is) from around the area. It has a nod to minimalist design, but doesn’t yell “Ramen” at me in flashing LED lights. I begin to doubt that the ordering system will feature the vending machine to which I am accustomed. 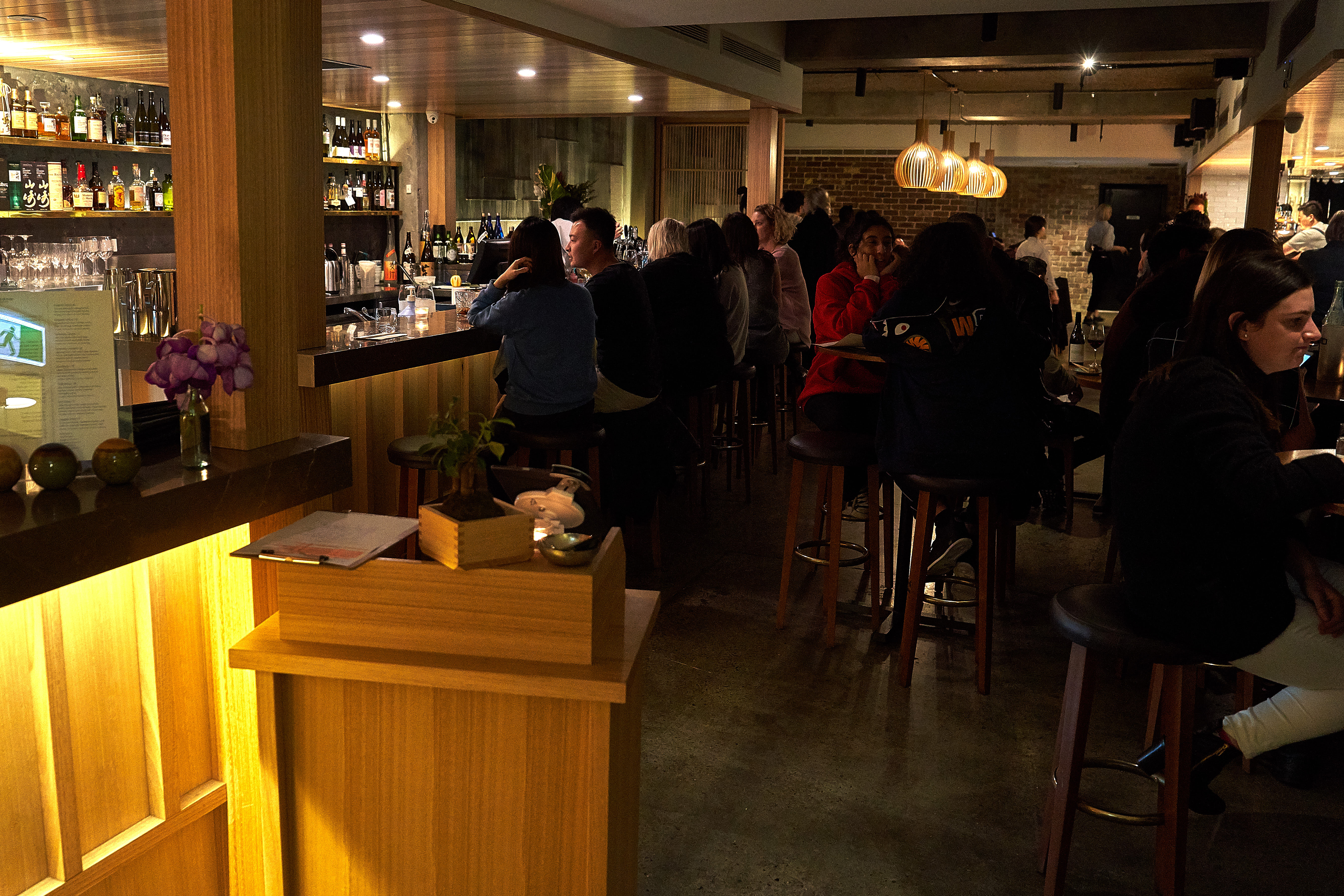 However that’s all good, as it’s also a double dinner date, featuring my good friend Kosuke Inami – of Vibes of Australia fame – a Japanese native with a penchant for despotic scrutinisation when it comes to Ramen. Definitely a good person to kick off such a journey with, and everybody seems to enjoy the ambience.

Kosuke has also DJ’d at a couple of Starfvckers Club events for us in the past, but refreshingly, the conversation steers itself in the way of good food rather than dance music. He begins to recount a story about him and his friends once doing a ‘Ramen Day Tour’ in Tokyo, where the aim was similar to an Australian pub crawl, just with more broth, and an equal amount of beer.

His story is interrupted by the arrival of the first support act, the Crackling Piggy Roll(s) ($6 each). This is a star-starter in my opinion. The bun is good enough for anything to be housed in, not to mention the outstandingly balanced pork, slaw and sauce that lies within this entree. 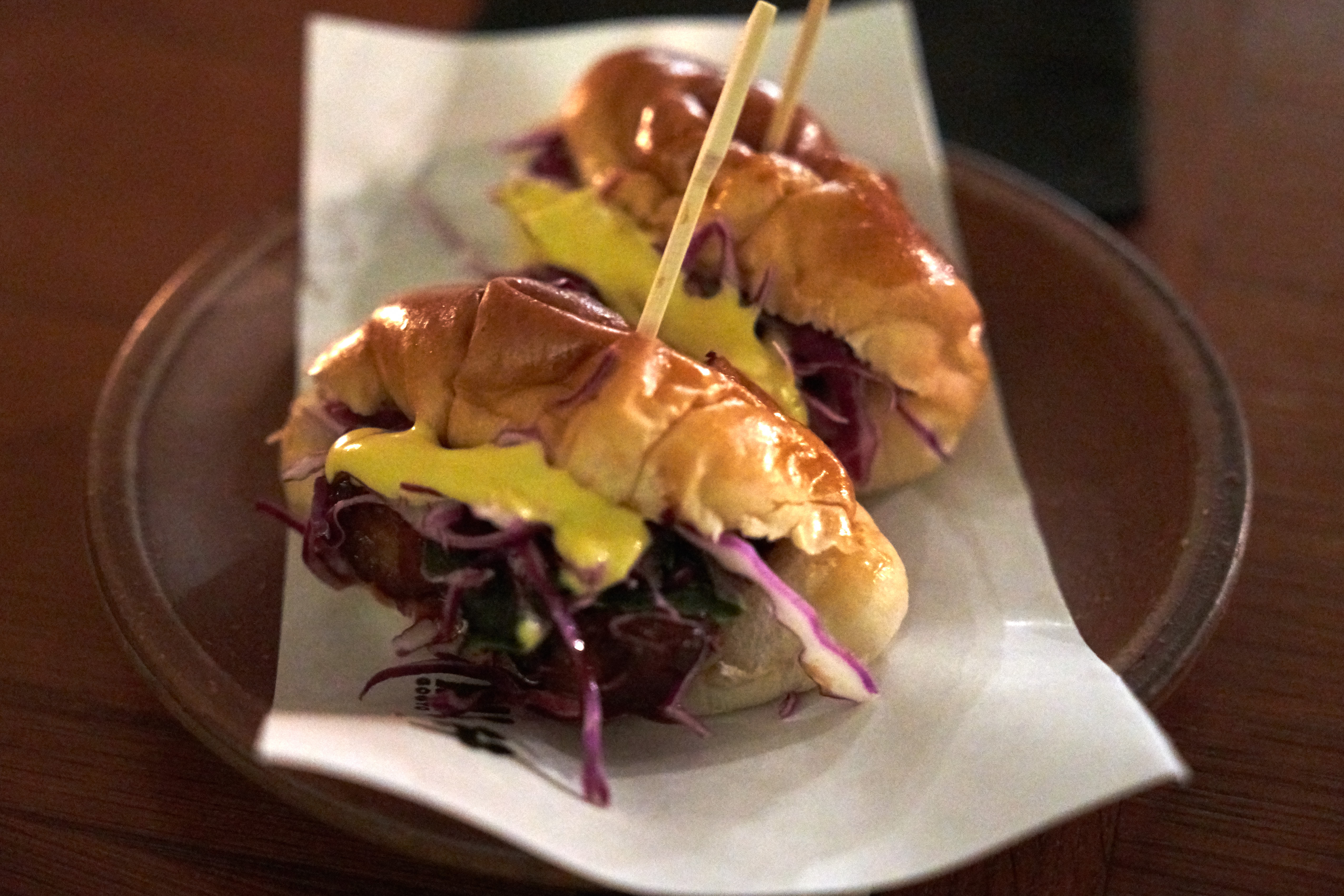 Next up, Gogyo Original Gyoza ($14) hits the decks, and I almost hit the fire alarm when biting in too early to the screaming hot dumplings. Kosuke was certain these were pre-frozen Gyoza, but I liked them… once my tastebuds came back to life. 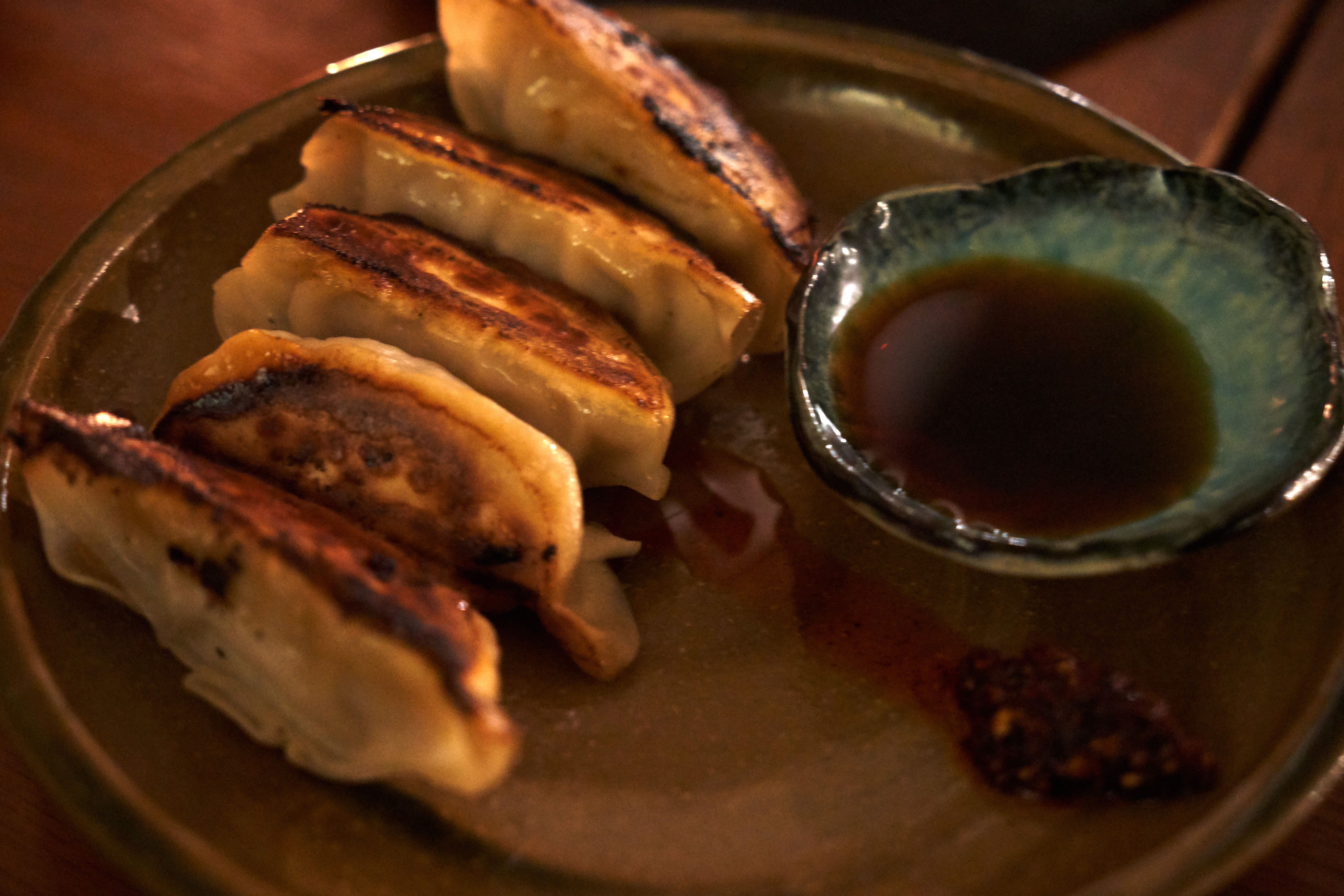 A strangely late arrival of Chargrilled Edamame ($8) helped to crowd the table before our Ramens arrived, and was decent enough. I’m never the best critic here though, as I’ve never understood the excitement people have for these beans. 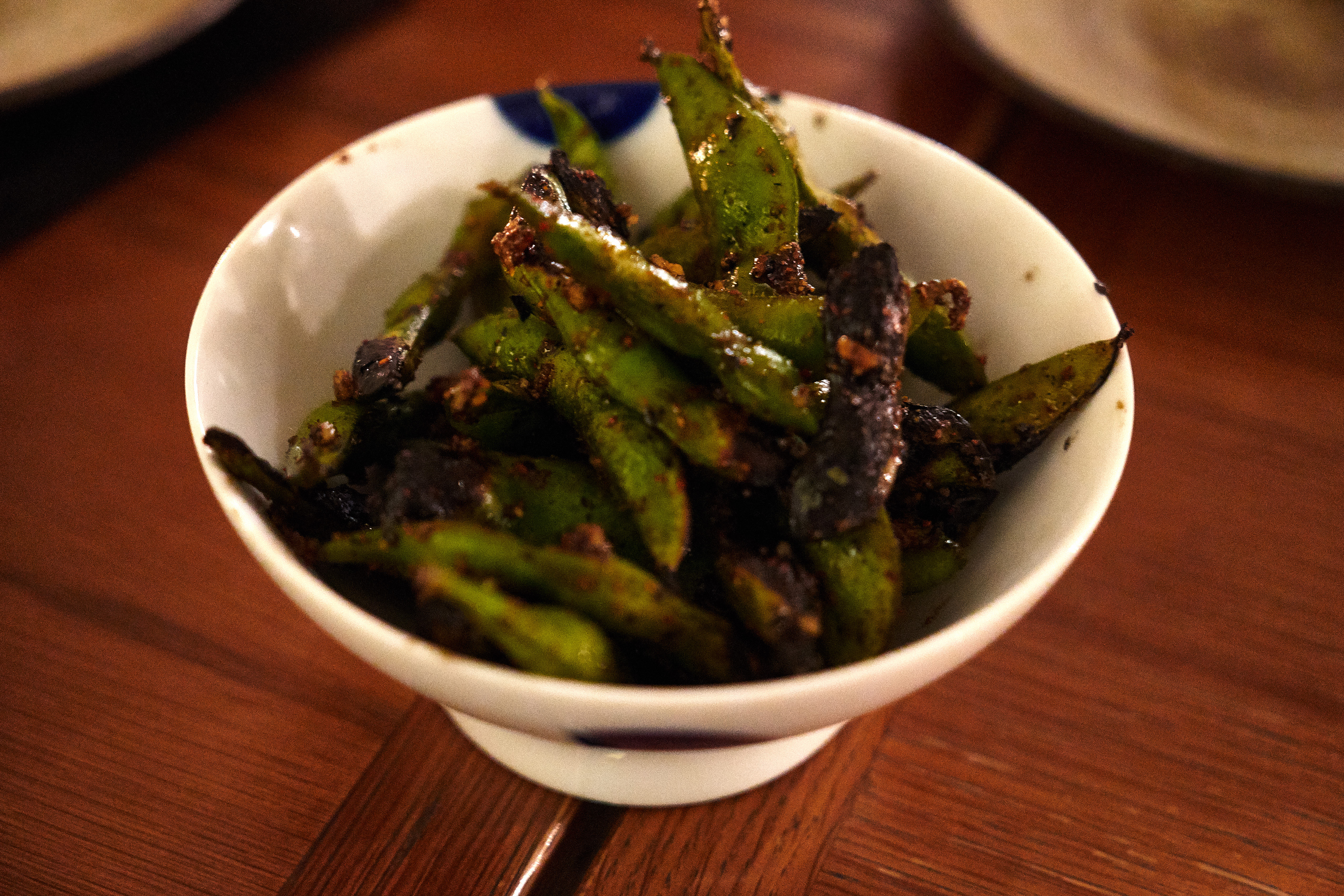 Time for the headliner. I felt it only fair to stick with the Gogyo Tonkotsu Classic ($17), as I will attempt to stick to one type in this series, in the interests of eliminating variables. My partner followed suit. 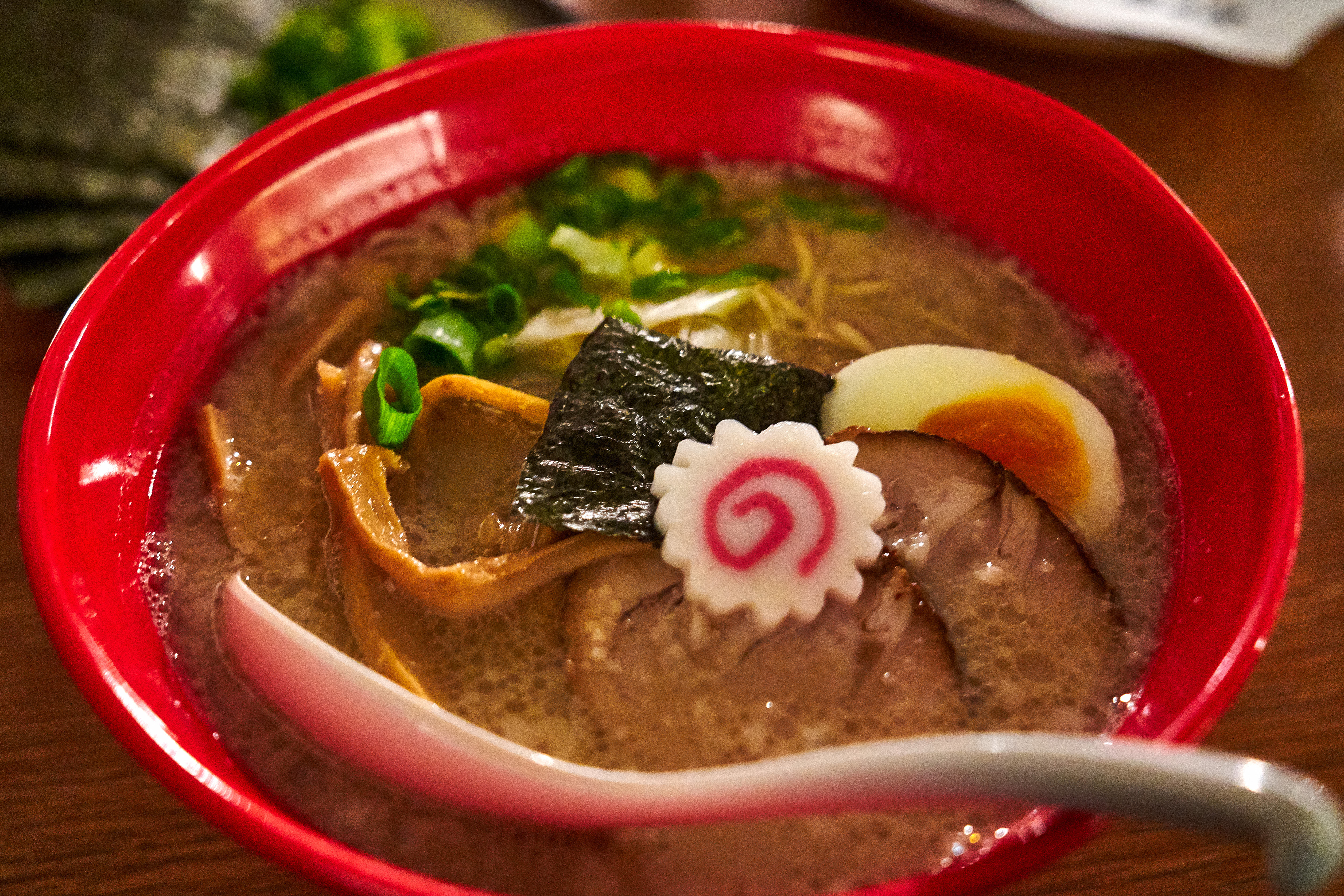 At first the Ramen’s broth seemed to lack depth, but grew in complexity as the meal went on. It reminded me of a boring person who you got stuck with at a nightclub, and after a few hours of conversation, you realise you had misjudged them. Needless to say, this event is extremely rare in the cases of both nightclubs and Ramen. Nonetheless I was left satisfied. It is a very decent bowl of Ramen. 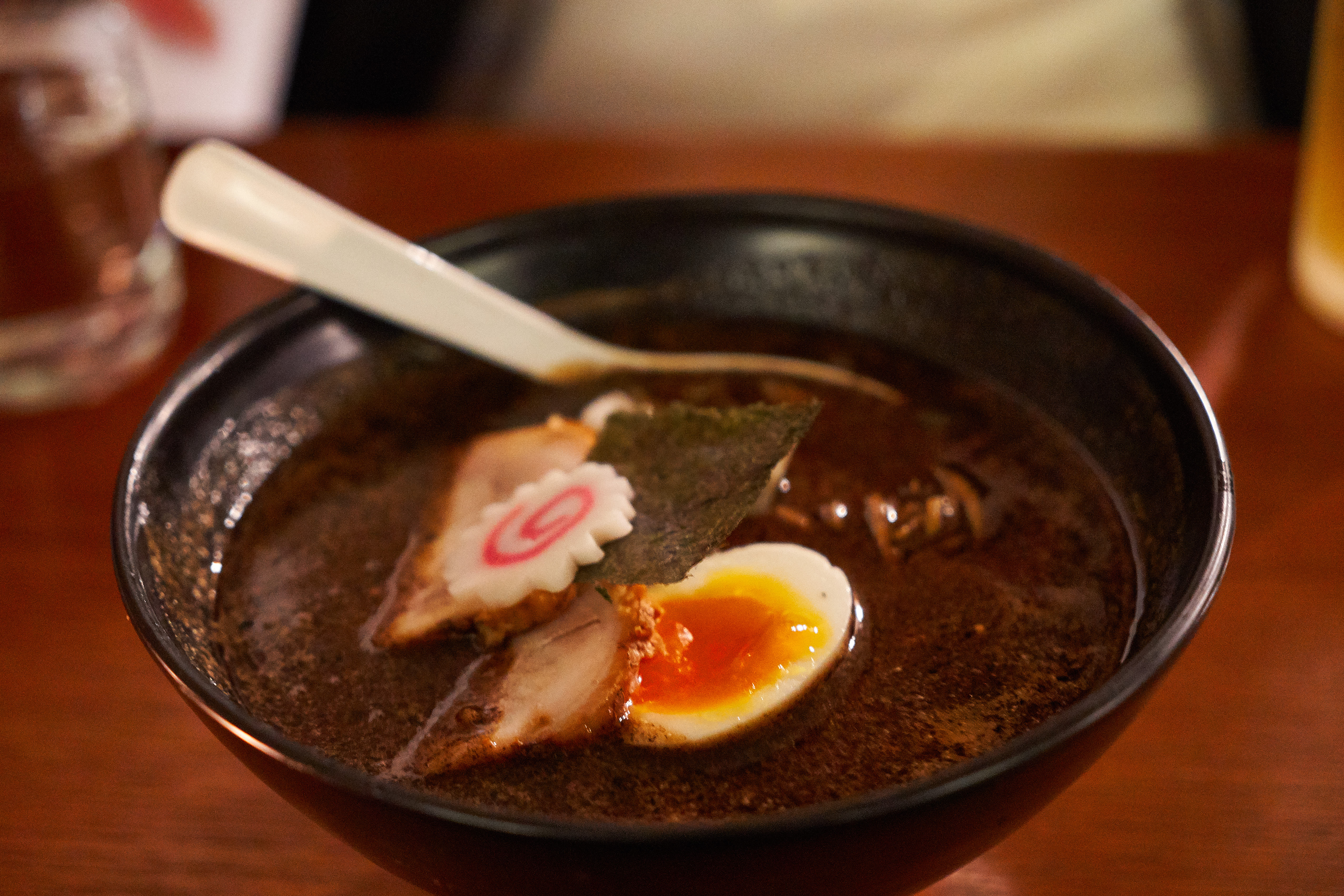 Kosuke strayed from the Classic and ordered the Kogashi Shoyu ($18) (Above), for a darker and saltier experience. He gave it a 6/10, but I feel this rating probably needs to be scaled up due to his impossibly high standards of Ramen. His partner ordered the Kogashi Miso ($18) (Below), which I was assured registered a similar level of appreciation.

All in all, I was impressed with Gogyo, but perhaps not as much as I’d anticipated, having read what I had. I think the vibe and interior decor, while pleasing, raised my expectations to higher than the meals could deliver. It doesn’t exactly qualify as somewhere I’d visit once a week, or even fortnight, simply due to the sense of occasion you feel when sat there. For this, I feel the Ramen too, would require a sense of occasion. If I’d had this Ramen in a more modest establishment I’d be more impressed, but Gogyo left me wanting more.

I do intend to return to Gogyo, but not for a while.