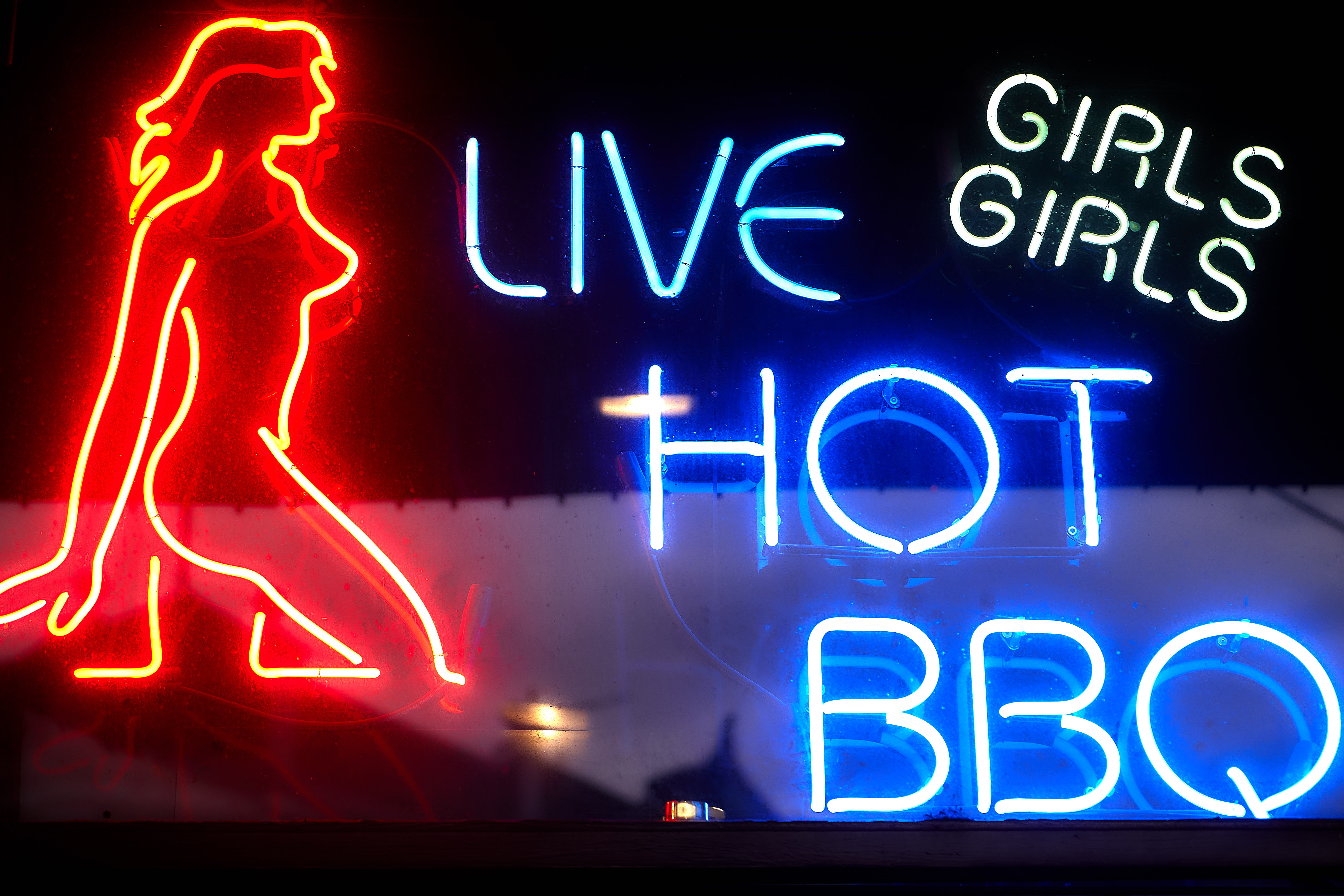 Once upon a time – in a previous life – I would frequent the Oxford Tavern. Back when it was an actual dive bar, rather than a manufactured one. It was a brilliant place for us high school boarders to go drinking and hussle pool, as if any teacher found you there, they’d probably be equally as culpable.

It had cheap beer, strippers, pool tables, and local tradies. They’ve since done away with at least two of those features. 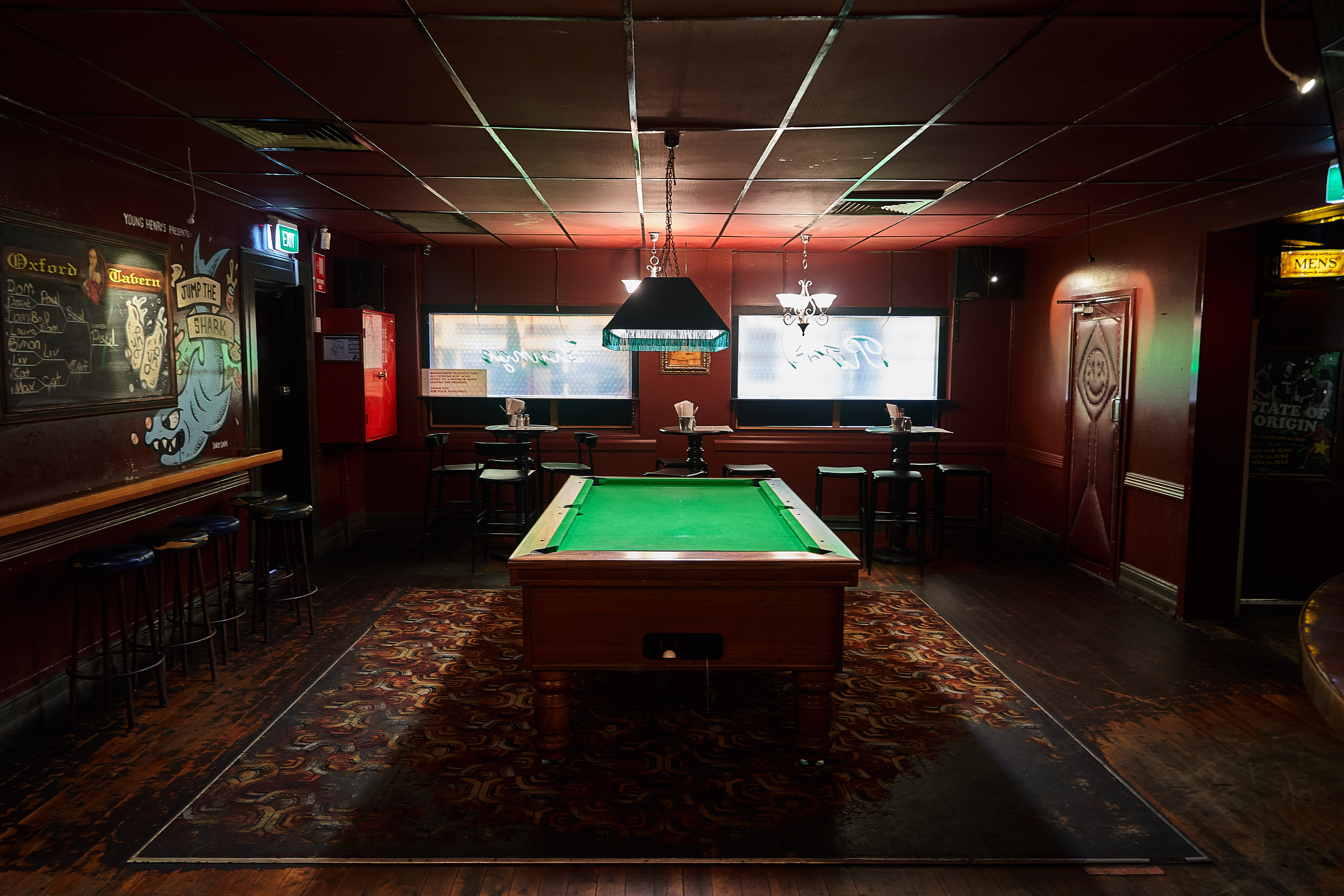 Around five years ago, The ‘Ox’ was given a makeover, falling in line with the precession of ‘Drink & Dine’ venues around Sydney. This being the first claimed in the inner-west.

Nonetheless,. I’m no sticker for tradition and embrace change when it’s done well. And the new Oxford Tavern has a few things that make the pub worth a visit.

I had visited here just after its reopening but couldn’t remember the food for the life of me. A refresher meal was in order. The menu is what you’d expect from a pub-turned-trendy establishment, with more dude-food on the menu than dudes in the bar. To be fair, it was 3pm on a Friday afternoon. 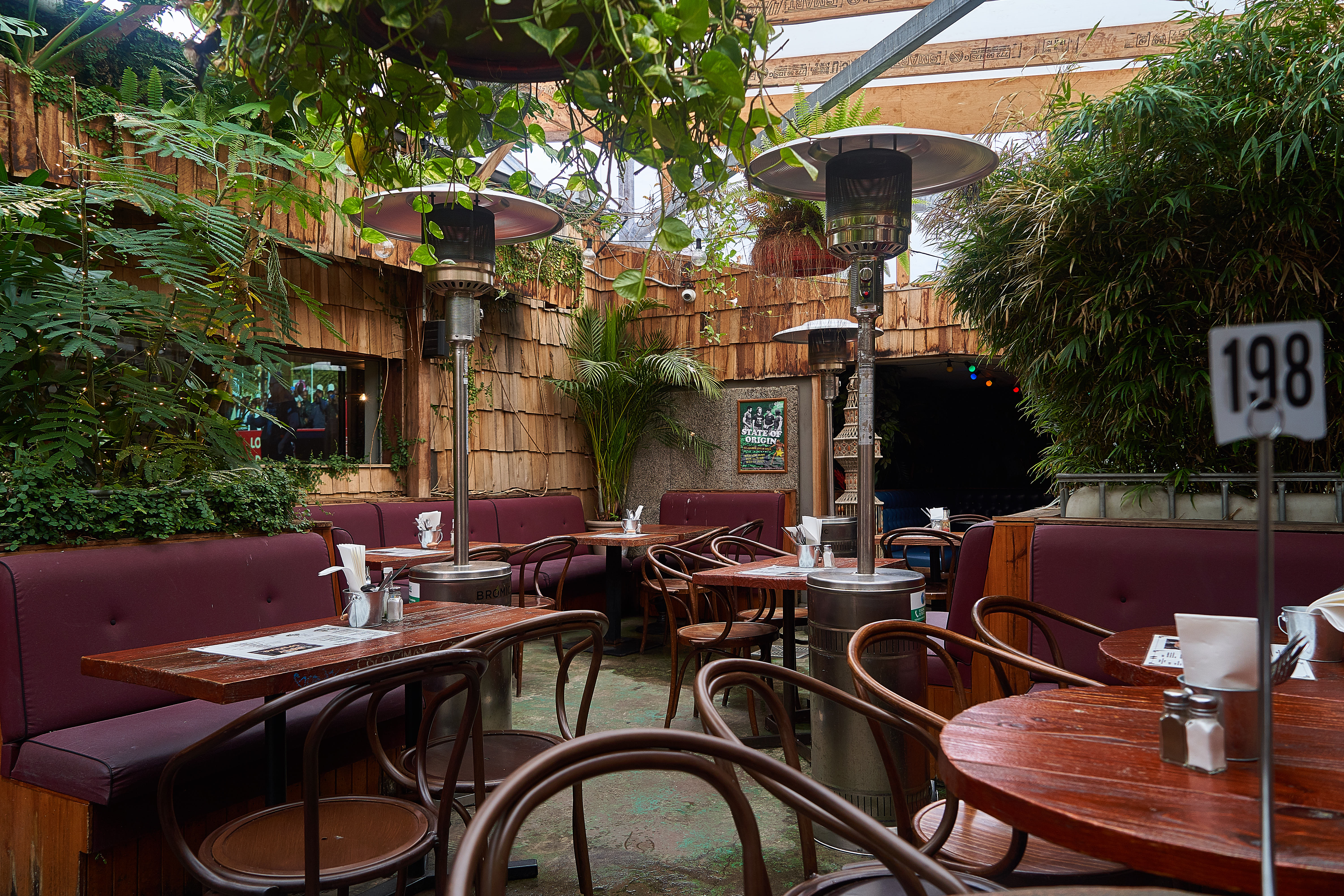 Sharing a snack recommended by the bartender is recommended. For us, it was the Drive-Thru Fried Chicken ($18), which was just what the doctor ordered. Actually the doctor would probably not order this. Forget the doctor.

The Tajima Cheeseburger ($18) was the only real disappointment, tasting as out-of-focus as my photograph of it. It’s not terrible, it’s just not great. And with so much burger competition in Sydney right now, this menu cries out for an burger upgrade. 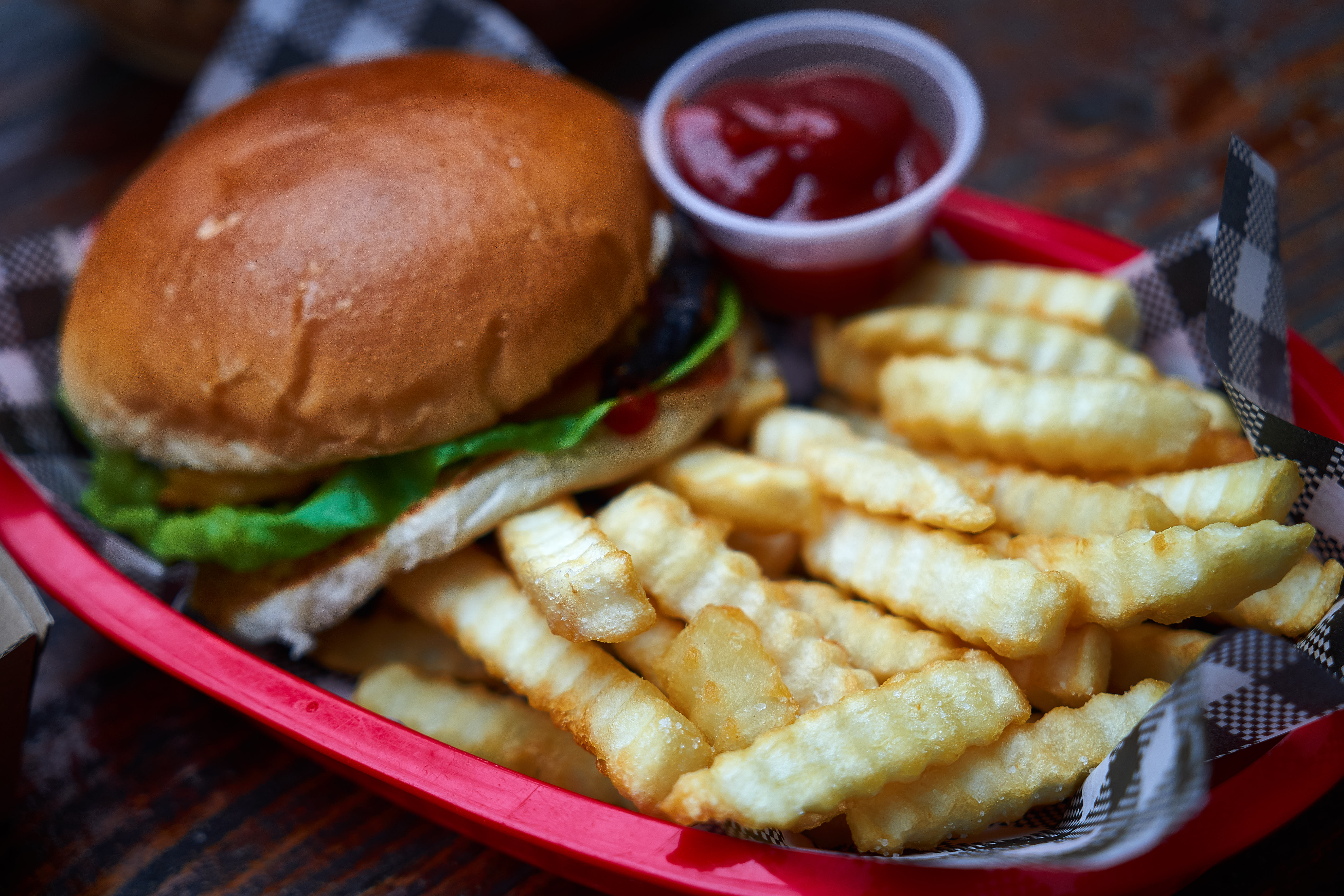 Allow me to take this opportunity to point out an annoying trend I’ve noticed emerging recently. Crinkle cut fries. I’m not sure anyone knows why they’re serving these, other than to appear different (or maybe because Shake Shack started doing it). I understand that the crinkle exists chiefly to provide more edges for the fries to crisp-up, but crinkle cut fries need to be thicker as a result of their design, and cook longer at lower temperatures, eliminating the amount of ultra-crispy fries you’re likely to end up with after a batch is cooked. There, I said it. Stop serving me them. They’re stupid.

Ok sorry about that. The fries were fine.

My date wisely selected Dino’s Charcoal Chicken ($22), which was the standout of the day. The well-seasoned half-bird has a slight kick to it, and when wrapped up in the provided tortillas with side-slaw, the dish really comes to life. 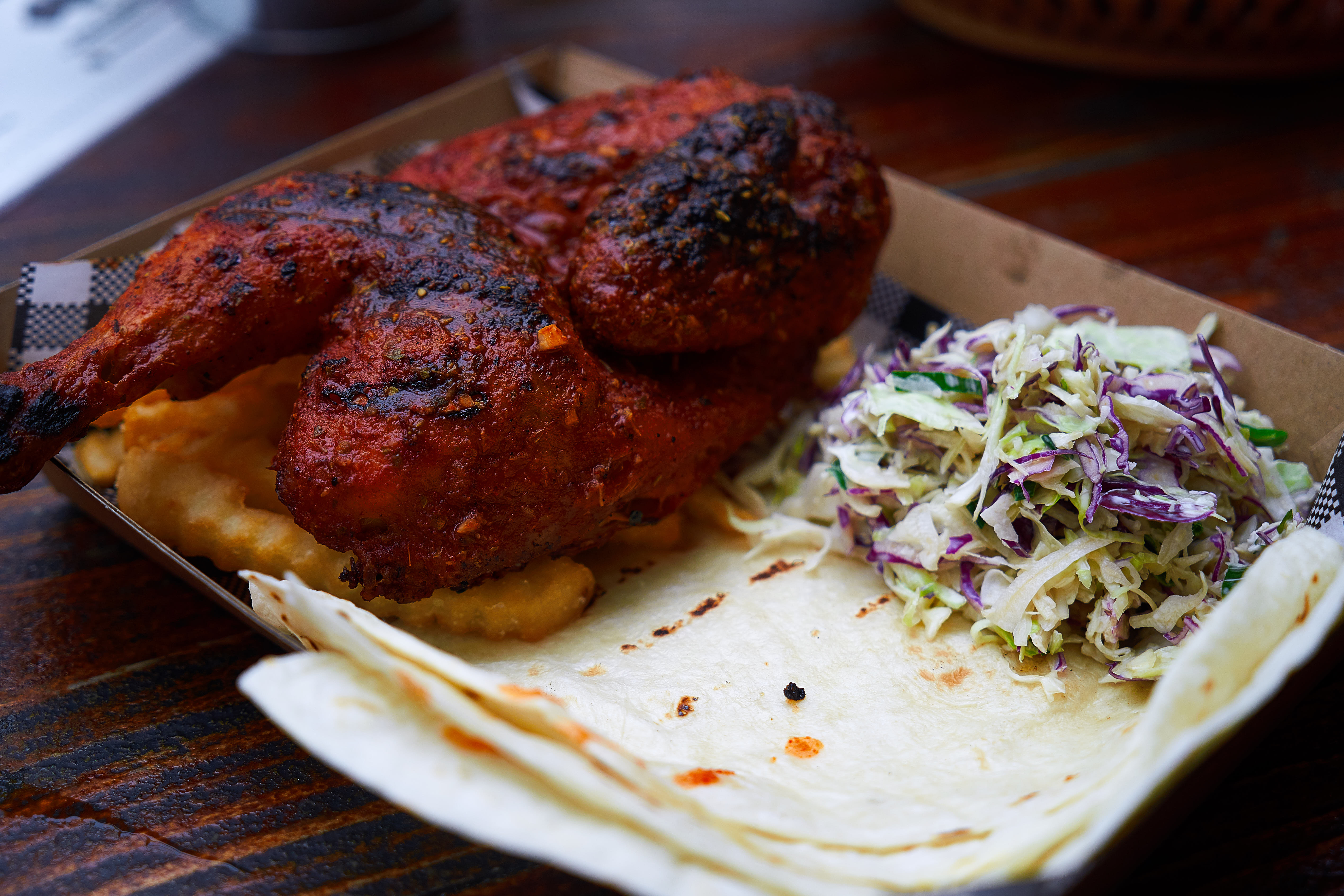 As satisfied as I was with lunch, I couldn’t help but allow my eye to be caught by the grill being fired up at the end of the beer garden. This was in preparation for the Black Betty Bar-Be-Que, which operates Friday, Saturday and Sunday from 6pm, 2pm and 12pm respectively. 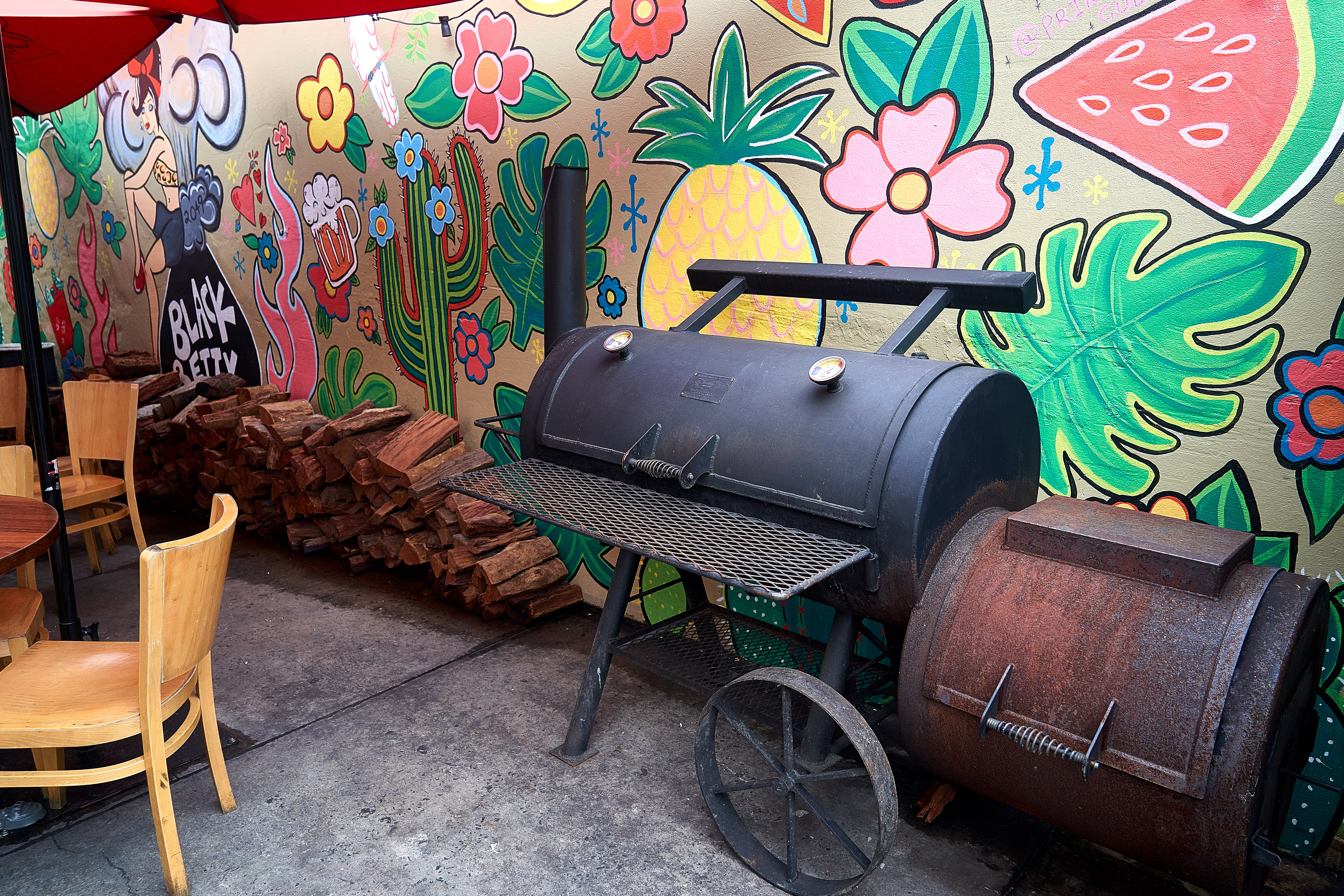 Surely one cannot live for too long in this area without having tired this. Stand by for an upcoming review of this Oxford Tavern staple. 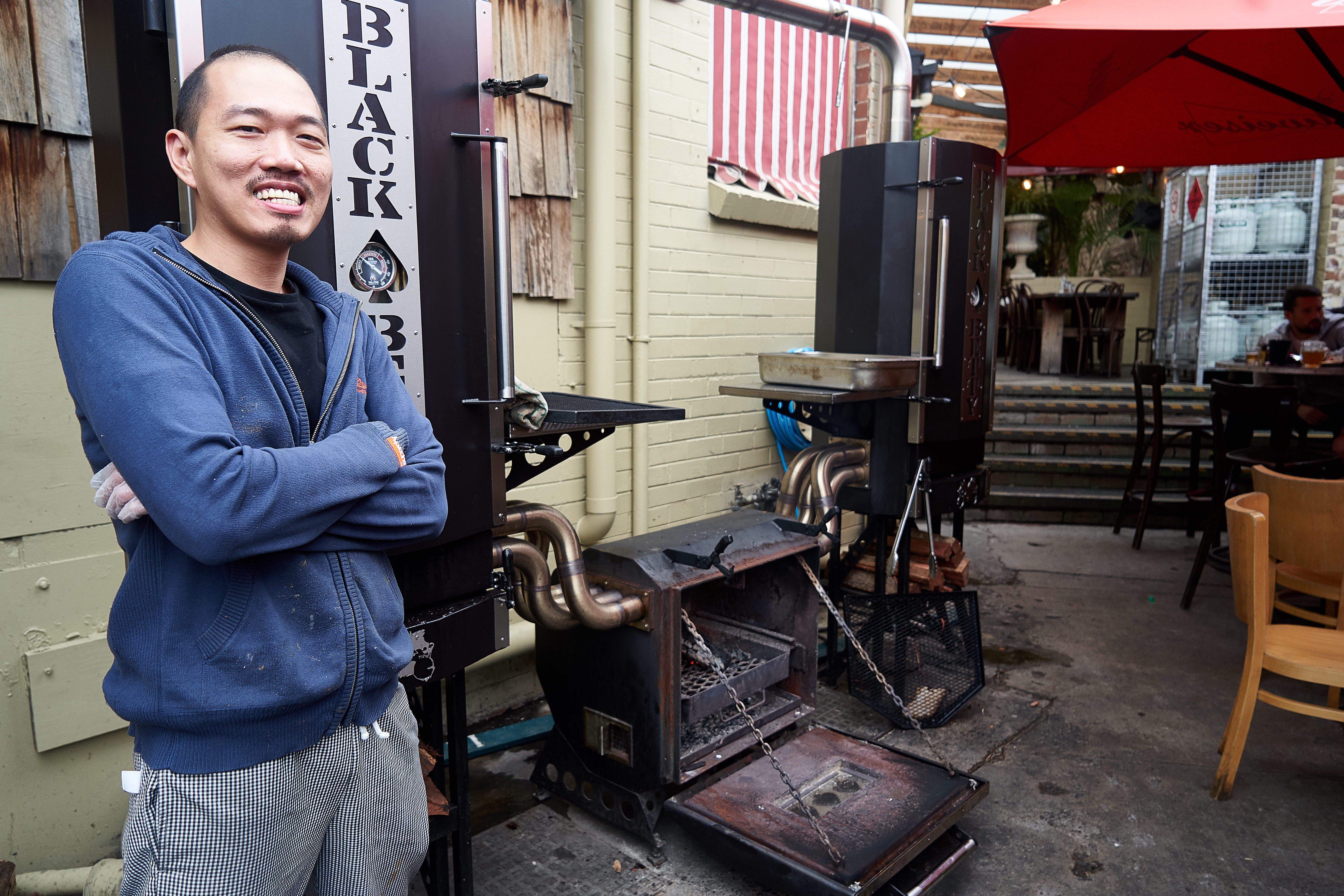 To add to this pub’s cool-factor, they allow dogs in the beer garden, and my guilt for leaving my pup at home begins to surface, just in time to sneak out a fillet of the Drive-Thru chicken for my little buddy’s supper.

Special mention to chef and writer Anthony Bourdain, whose death was announced during the writing of this review. He’d inspired my writing and passion for travel and great cuisine for the last fifteen years, and his is a personality I will surely miss. Sante Tony x