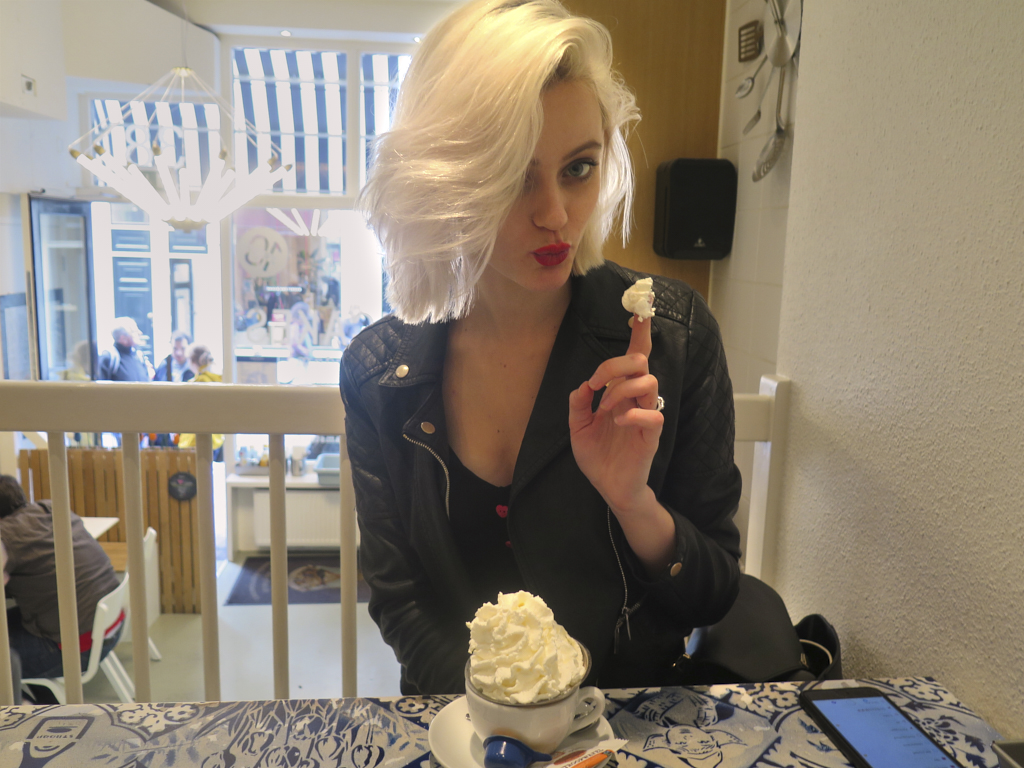 I’ve said it before, and I’ll say it again. Amsterdam is not a food city. Sure, if you’re up late after smashing a couple of cones at The Bulldog with your English Soccer Hooligan mates, there’s plenty of fried food on offer to satisfy your yearning for almost any matter in solid form, provided it’s been dipped in a soulless batter and fried to an almost indistinguishable crisp.

Food submerged against its own will in hot oil, that’s been around long enough to see at least eighty thousand groups of weekend sex tourists pass through Leidseplein for a Bitterballen, on their way to gawk at the hard-working window ladies of De Wallen. I’m not sure who I sympathise with more, the sex workers, or the cuisine.

There’s a few things that the city has to offer that (while not exactly my cup of tea) they seem to do really well. One is Pancakes. I set out to find the best this time round. While not exactly possessing a sweet tooth, the phrase ‘If you can’t beat ‘em, join ‘em’, proves itself a valuable token in this scenario. Off to Pancakes Amsterdam!

If you don’t mind your coffee looking like a scaled-down meringue, order the Vienna! 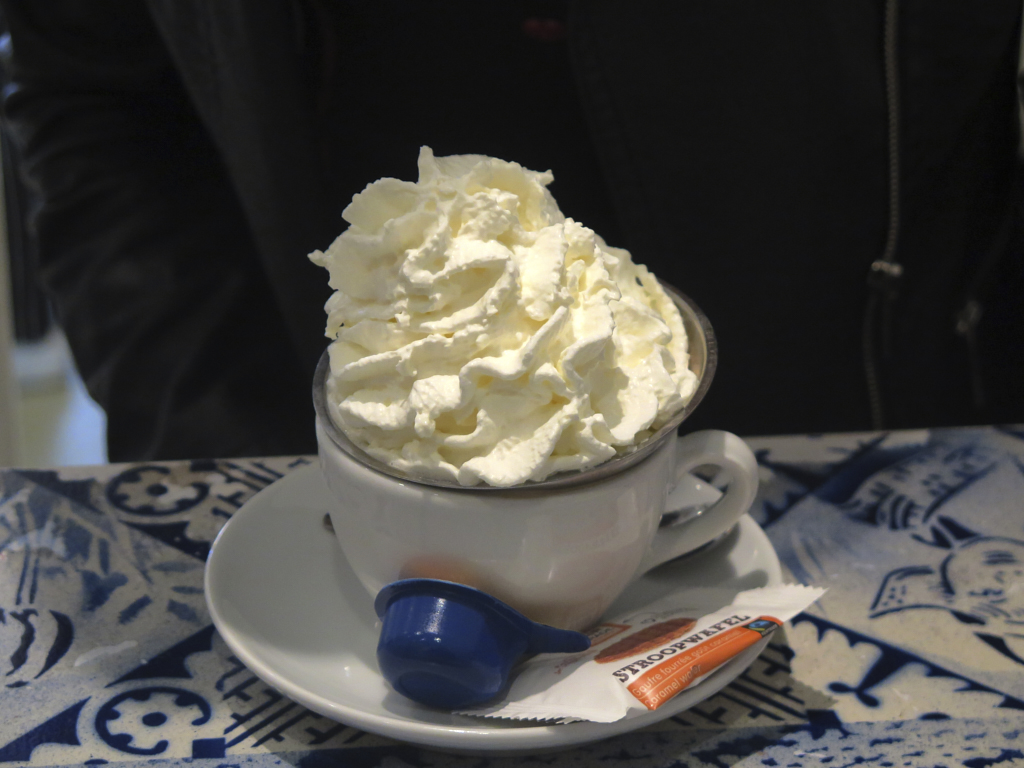 For those of the saliter persuasion, the Ham, Tomato, Mushroom and Camembert Pancake falls under the ‘Dutch Pancake’ umbrella. 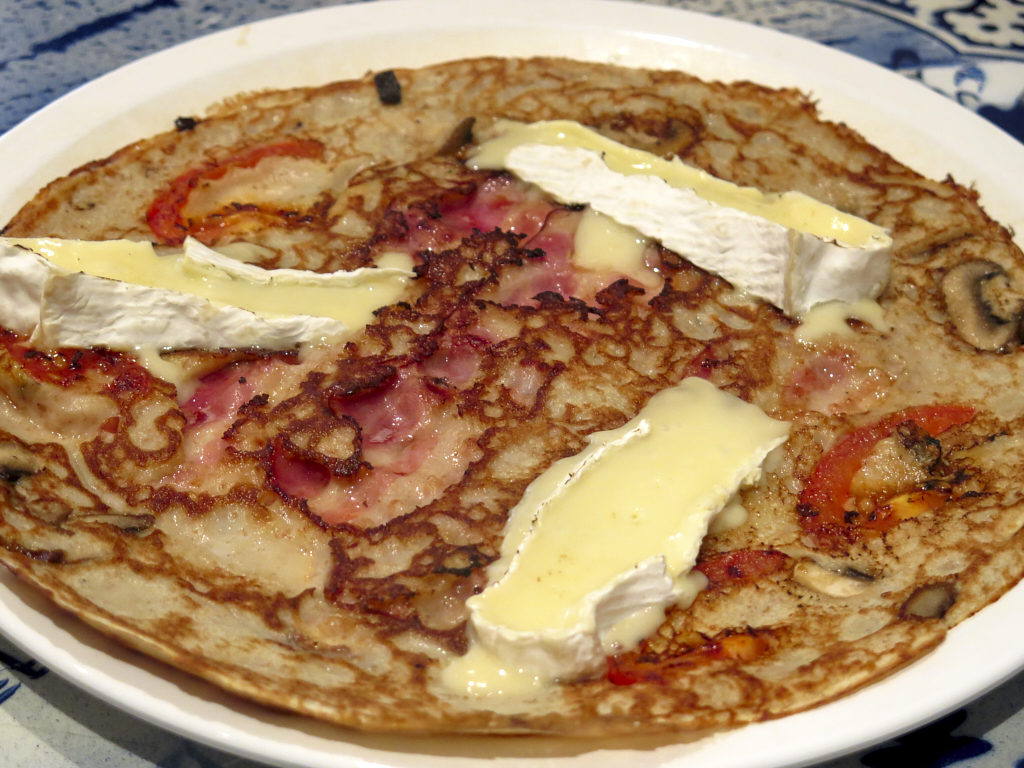 While the Strawberries, Banana and Chocolate Sauce, falls under the ‘American Pancakes’ banner, and continues the legacy of cream overkill. 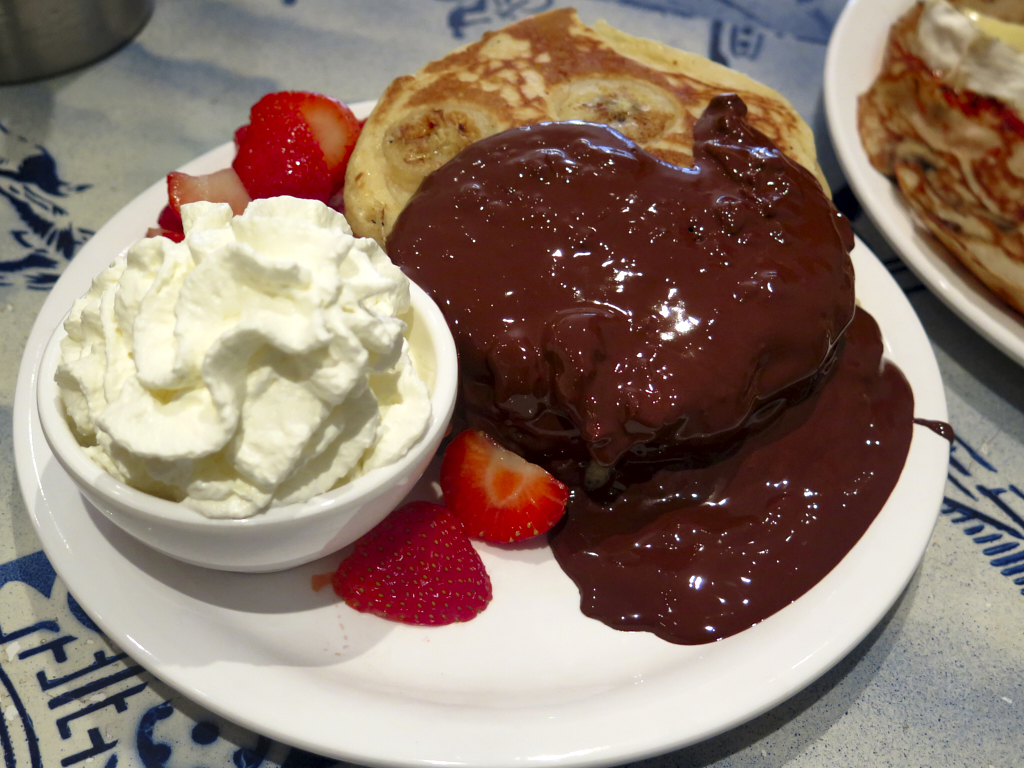 Turns out not all food in Amsterdam is akin to something your 16 year old self and a friend would think is a really good idea while blazed, playing Nintendo and listening to Ween for hours on end.

Maybe it is, and we just found a good version.