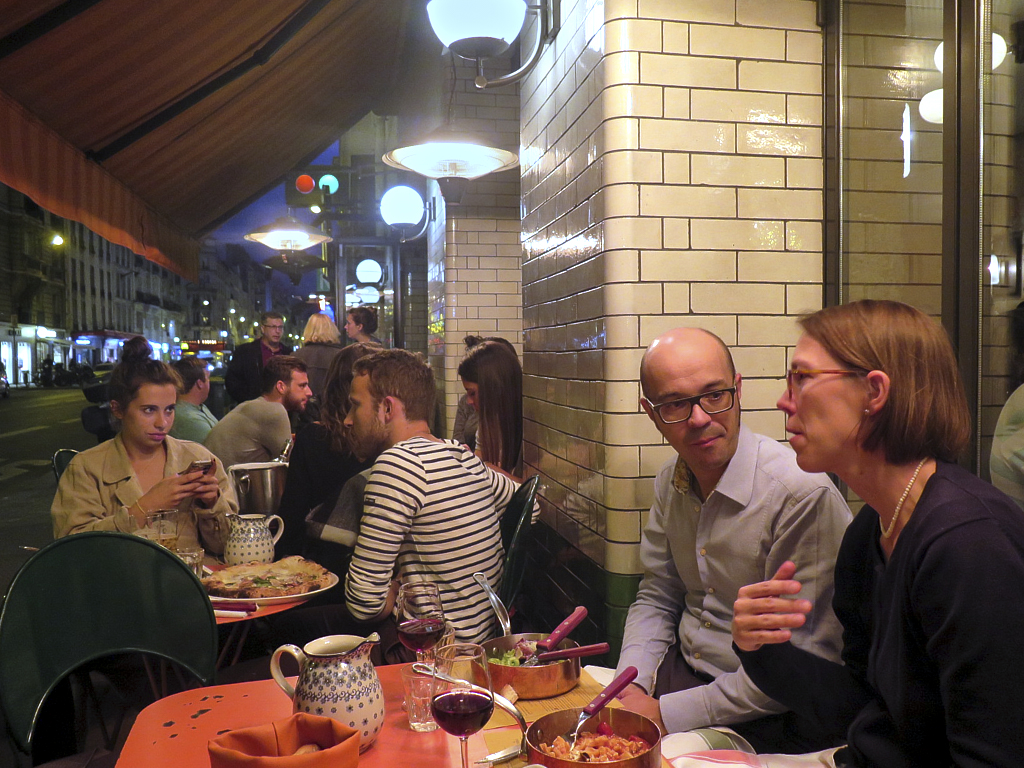 It’s only once in a blue moon you’ll need to scrape my verdict of a restaurant off the ceiling, after having been shot vertically out of the proverbial cannon that is the absolute perfection of any particular dish. Bring your spatulas, and your expectations, to East Mamma.

Although Australia is spoiled with a few AVPN sealed Pizzerias of its own, outside of Italy, a proper slice of Neapolitan can be difficult to track down.

Maybe it’s the easy access of unpasteurised cheese? Maybe it’s the ‘Je ne sais quoi’ of Al Fresco dining in Bastille? Maybe it’s the fact they served me a piece of Buffalo Mozzarella so big it looked like something the Marshmallow Man would use to club Ghostbusters to death with? 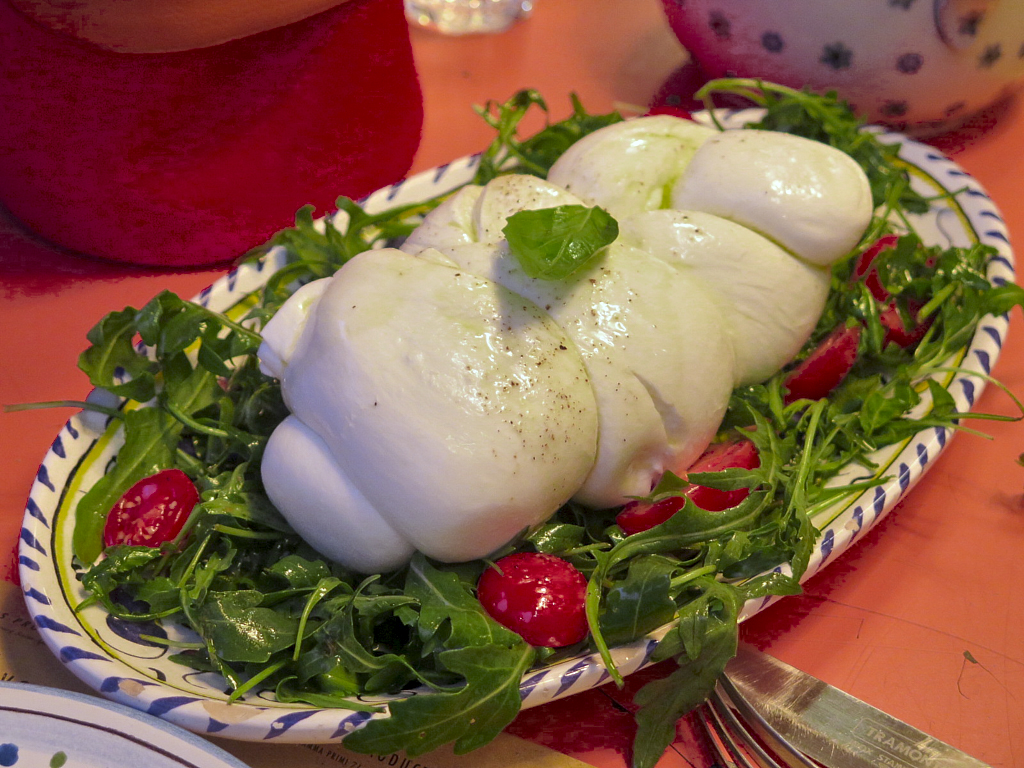 Who knows? All I can say is – even if this was the only thing I’d eaten here – I’d be crawling back for more the very next day, like a geek who’d lost his virginity to a cheerleader.

Then the Pizzas came out. The first, a Capricciosa style with truffle shavings. Unbelievable. 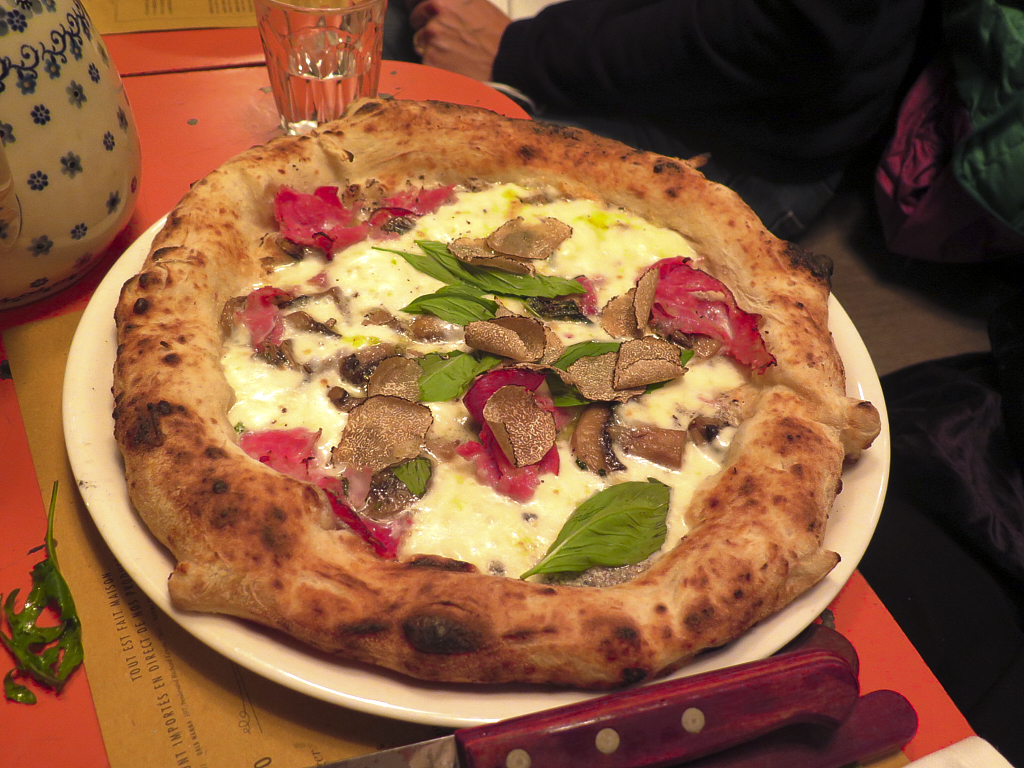 The second was where everything became introspective. The ‘Cinq Fromages’ (Why bother with four cheeses when you can have five?), almost brought tears to my eyes. 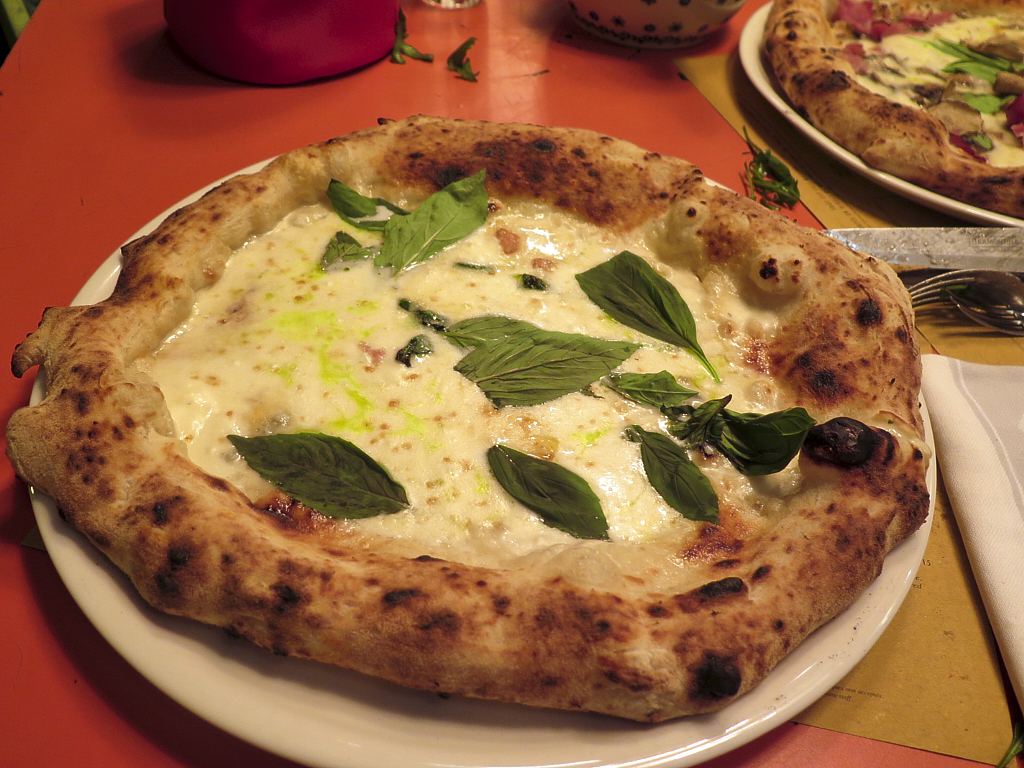 Every now and then, you sit down for a meal somewhere you’ve never been, and unexpectedly, your state of mind can be transformed. You never really know when it’s coming or whether to expect it. I live for these moments, that happen all too rarely in life.

Often after a meal like this I like to sit in silence, finish some nice wine and watch the street. I’m not sure what else there is to do, in reality.

Go have a pizza here.