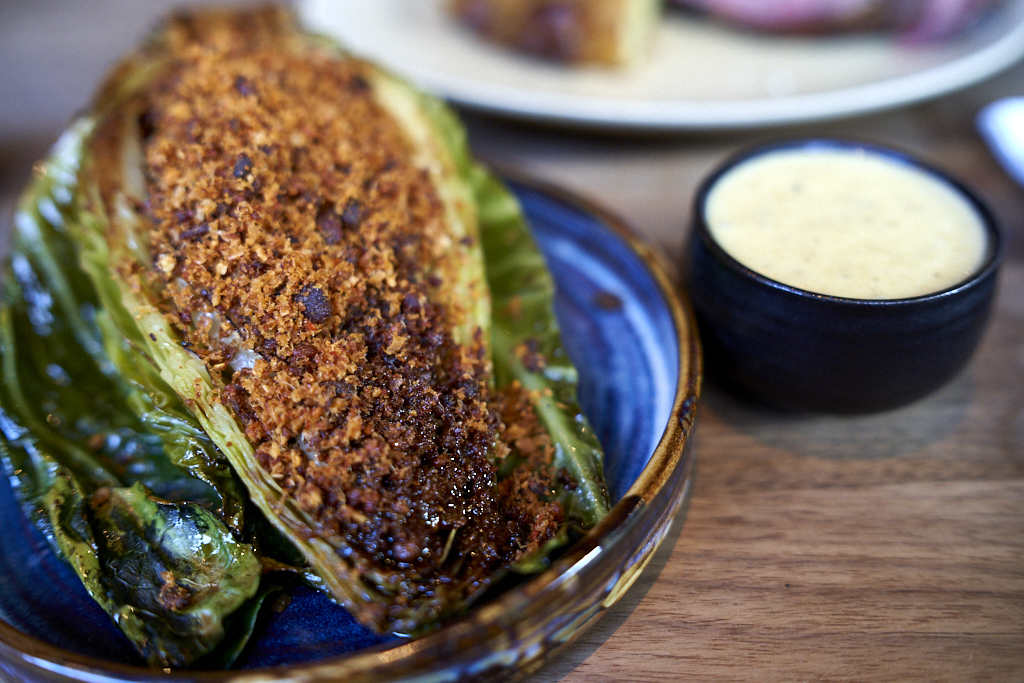 Amidst the palpable and often painful trendiness of Old Street, lies perhaps one of London’s best new culinary landmarks – St. Leonards. Jackson Boxer and Andrew Clarke of Brunswick House fame lend visionary witness to what – on surface value – appears to have developed a welcomed identity crisis. 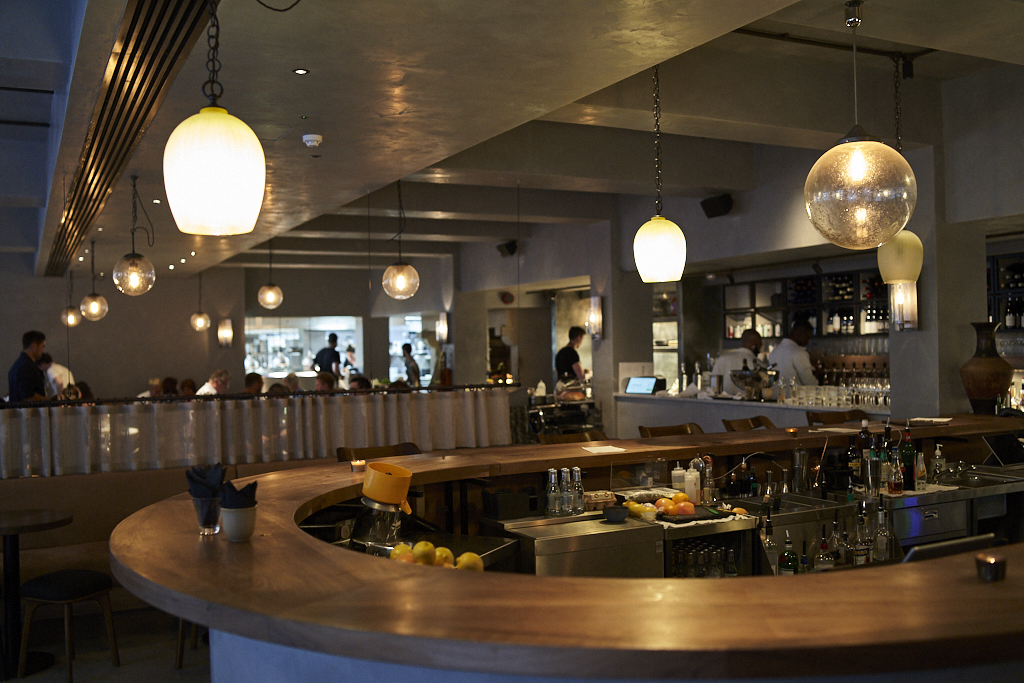 Fresh shucked Oysters remain on display guarding a barbarian style grill, festooned with the kind of objects one might expect to find in a medieval dungeon. 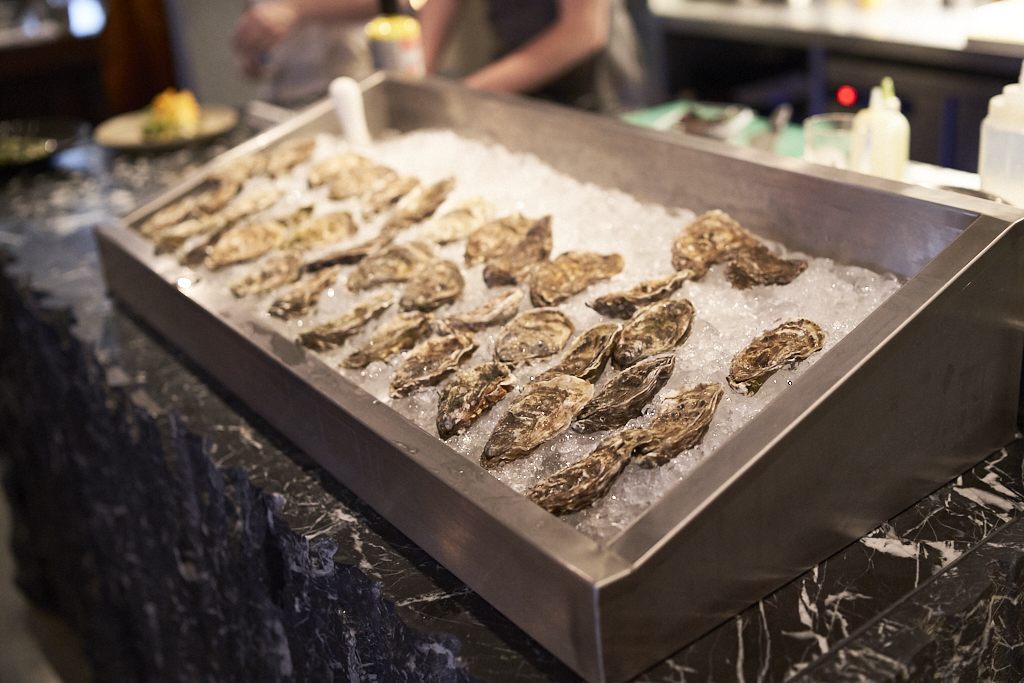 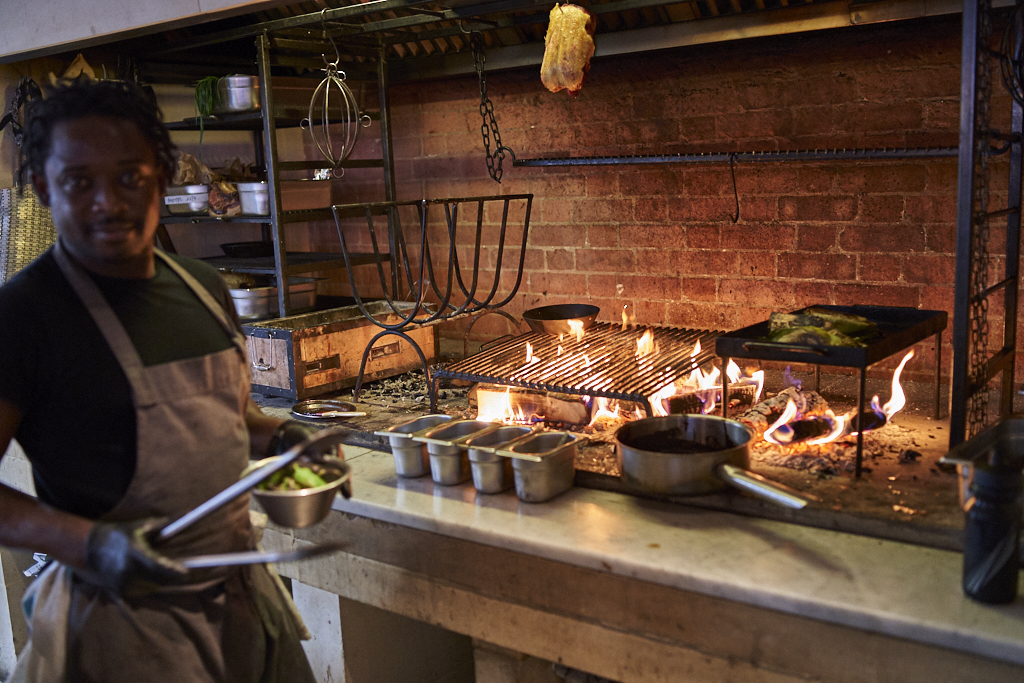 Adjacent the seafood station, a meat slicer is being used to cut bread, and also to remind me what cracking a fragile nut with a sledgehammer would look like. 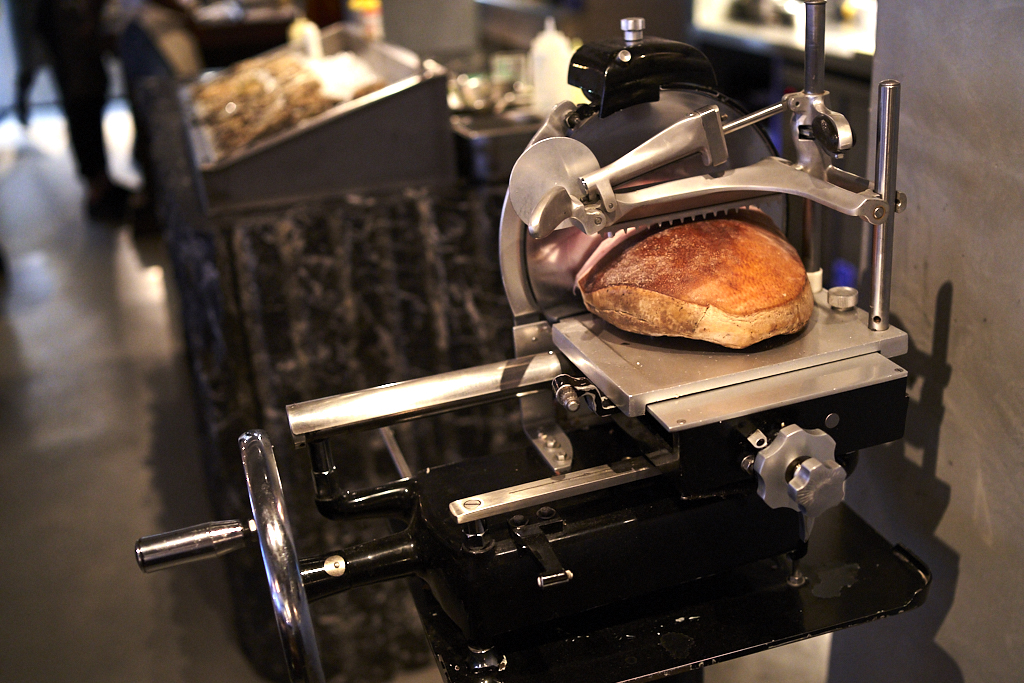 Notwithstanding, I’m excited. So is our waiter, who has an almost cheeky grin on his face after each announcement of dish we order. As though he’s about to let us in on a secret he’s been holding in way too long.
We begin with cocktails, whose presentations are admittedly modest. Their realised drinkability is anything but. 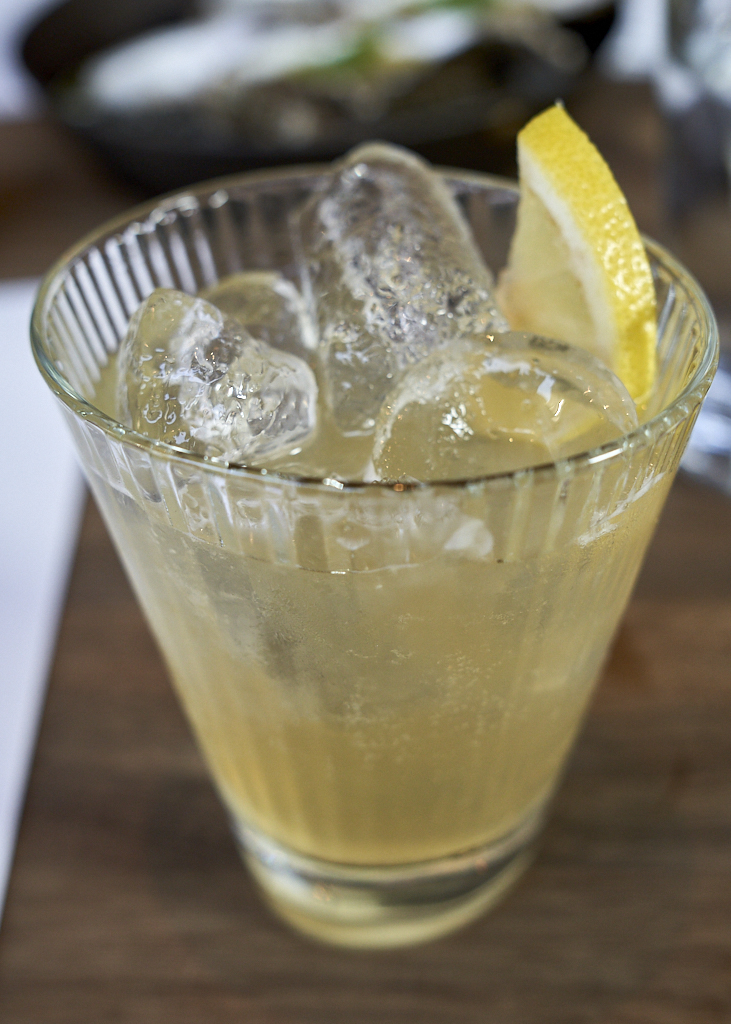 It’s difficult to resist knocking back a few of the Oysters we see flying around from table to table more frequently than drinks are refilled, so we opt for a couple of Natural (£3 each), and a couple of ‘Dressed’ (£3.50 each). 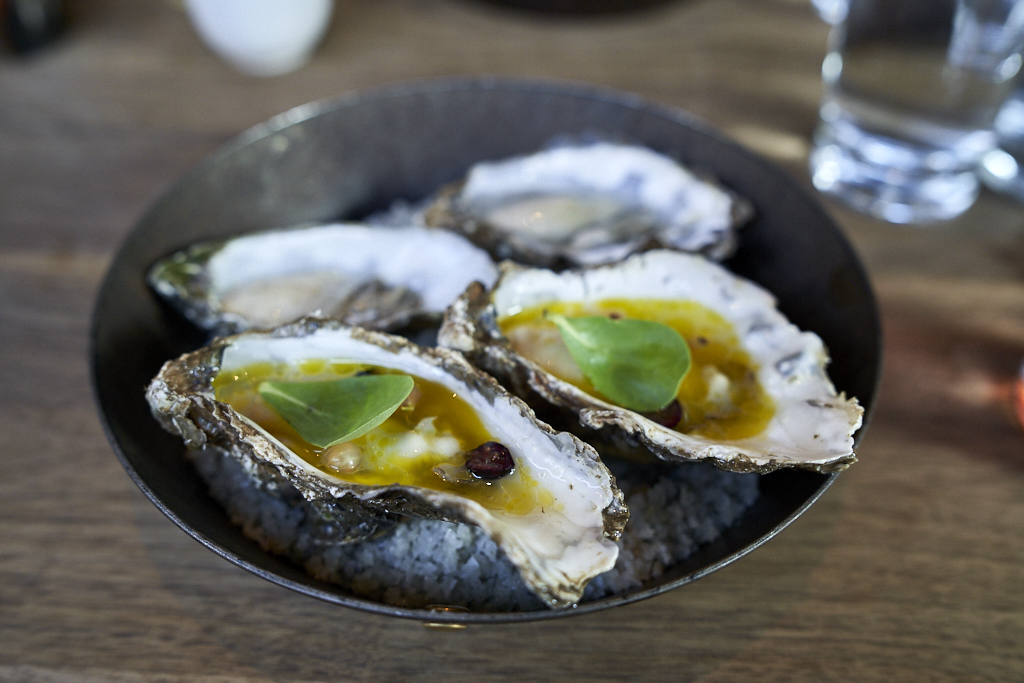 Natural was as natural is, and indeed a great quality Oyster, but the dressed Mollusca was the hero of the two styles. That was, until we gave into temptation, and ordered two of the ‘Flamed’ (£3.50 each). It’s clear these chefs have itchy fingers when it comes to grilling things, and we soon understood why. After all, what is the purpose of an Oyster that isn’t served dripping in pork fat and buried under a blanket of crispy deep fried bread crumbs? 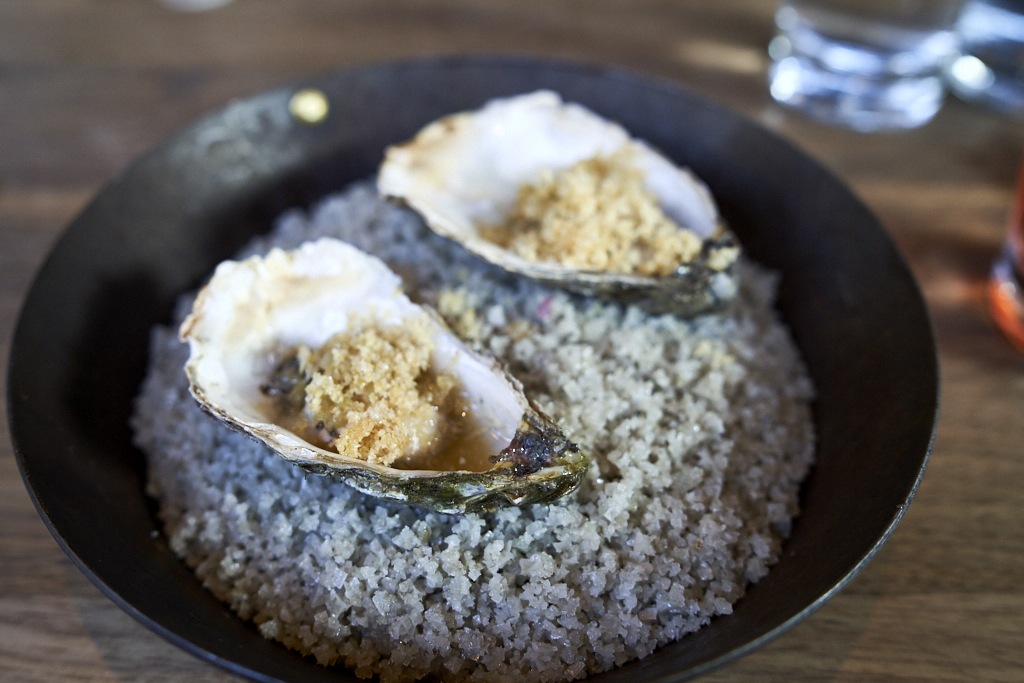 Next up, the first of two of our selections from the small dishes; a delicate Wild Bass Crudo with Lardo and Burnt Kohlrabi (£11) made short work of my expectations, with almost effortlessly unique flavours. 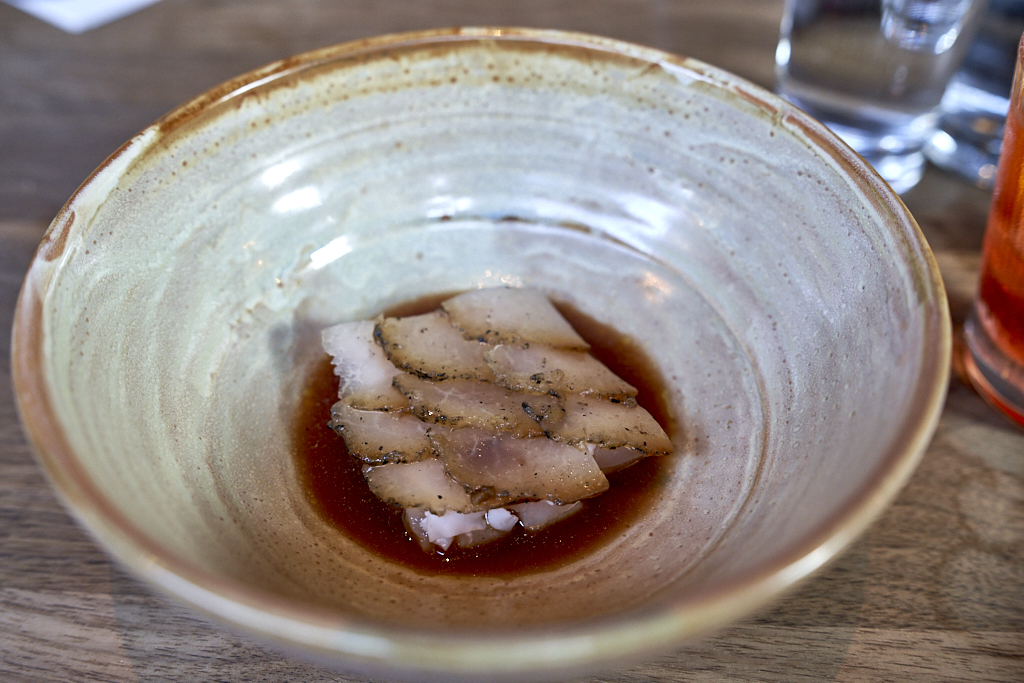 These days, Burrata is found on as many menus as feature courier font. As a result, establishments tend to get themselves in a flurry over what to add to set their cheese apart from everyone else’s. Somebody at St. Leonards obviously lucked out with the ‘Courgette, Coco Beans and Grilled Pear’ Combo (£12). I’d have ordered two, but I wasn’t wearing the right pants. 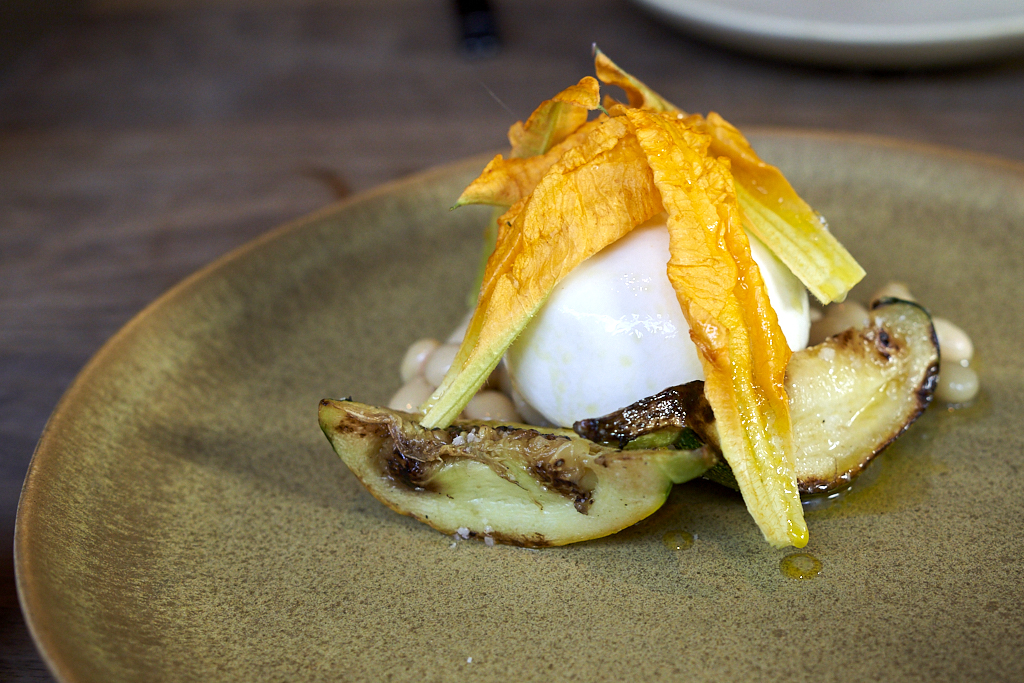 St. Leonards also barrels its own wine down in the cellar, and pump it up through a tap into a carafe for a brilliant all-round Chenin Blanc that’s very drinkable. Especially during a european heat wave. 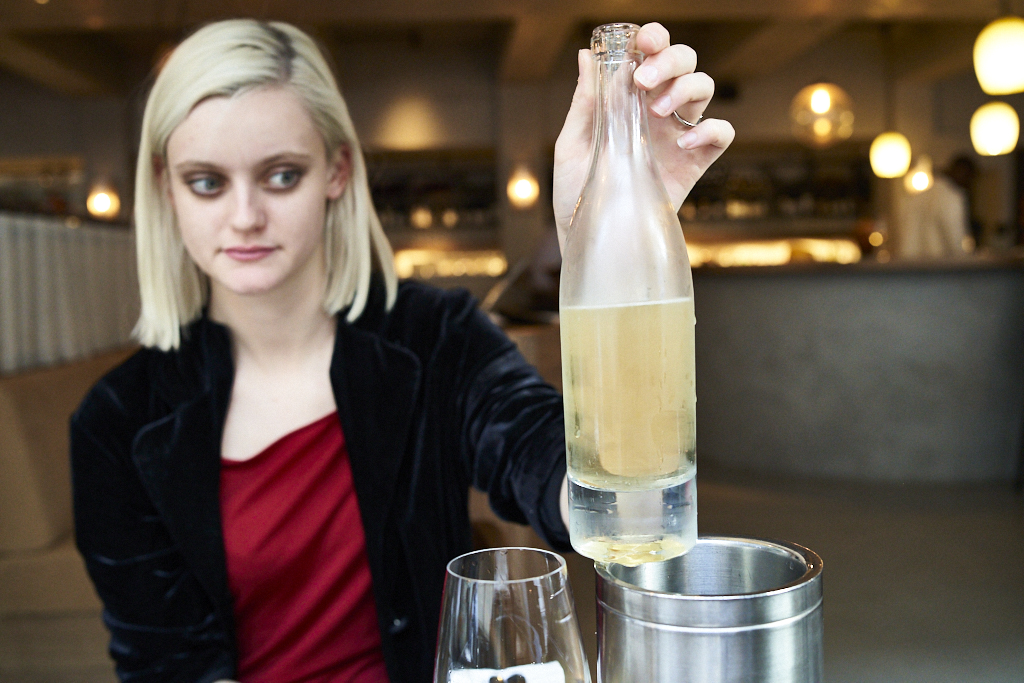 The main event arrives at the table with the kind of nonchalant swagger that would make River Phoenix look like Pee-Wee Herman. When your meat is sliced that widely, and your Potato Cake equally as vertically challenged, you don’t need to rely solely on the glisten of both items to deduce that your dish is lathered in as much grease as a fake tan-enthused soccer mum on Spring Break. 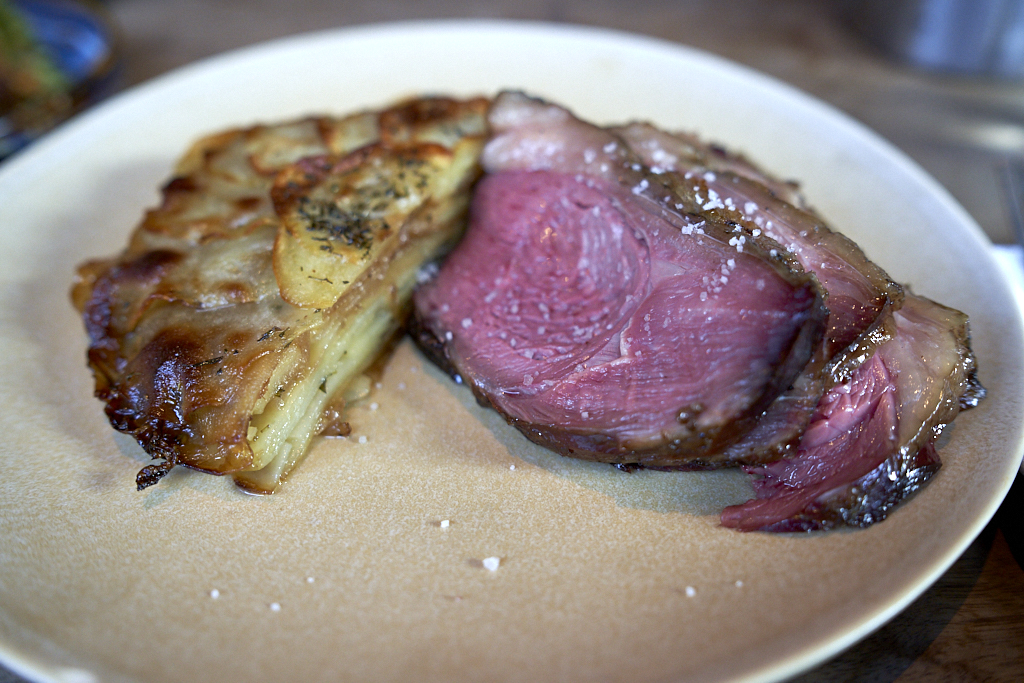 The 75 Day Highland Beef Rump (£42 for 2 people) remains tender, even if it’s blushing harder than a slapped arse. We fail to finish the modestly sized accompaniment of Beef Fat Potato Cake with Anchovy Hollandaise, as it ends up being a lasagne of unhealthiness, and I consider taking out life insurance before the end of the meal. Now, this is comfort food.

Continuing the ‘foods cooked in more bacon grease than is necessary’ theme to many of the dishes, our side of Hispi Cabbage, Pork Fat, XO Crumb (£5) provided a fatty & firey B-side to the main, rather than a crisp green that could have cut through the lard. A triumph nonetheless, yet perhaps paired better with a pescatarian main. 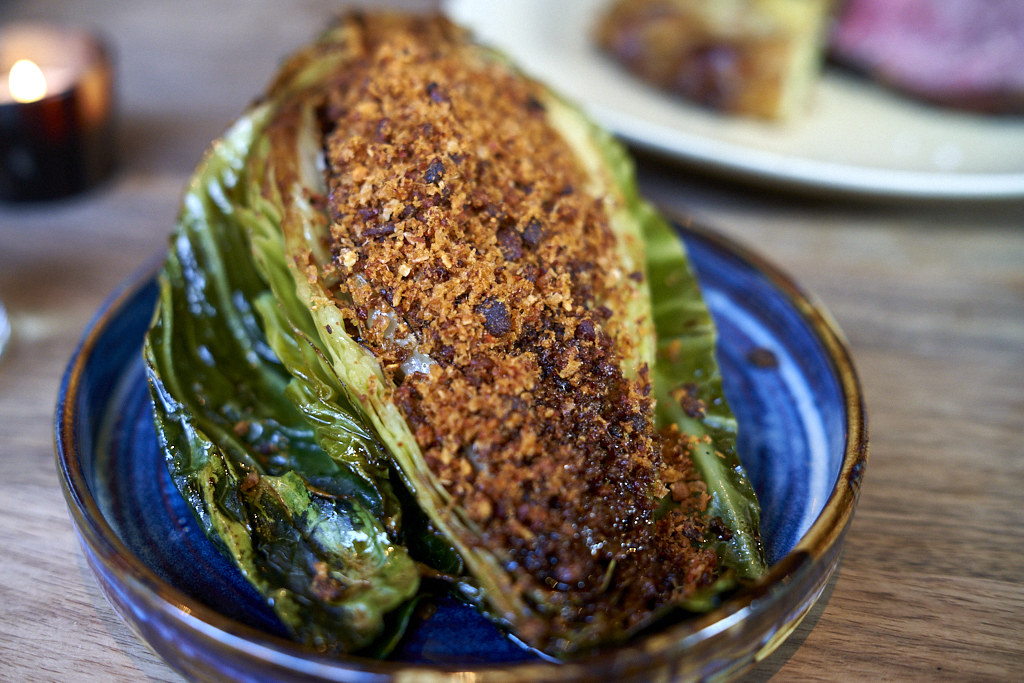 Longing to have sampled the other plates on offer, I concede to return next time with three other diners… or three extra stomachs.