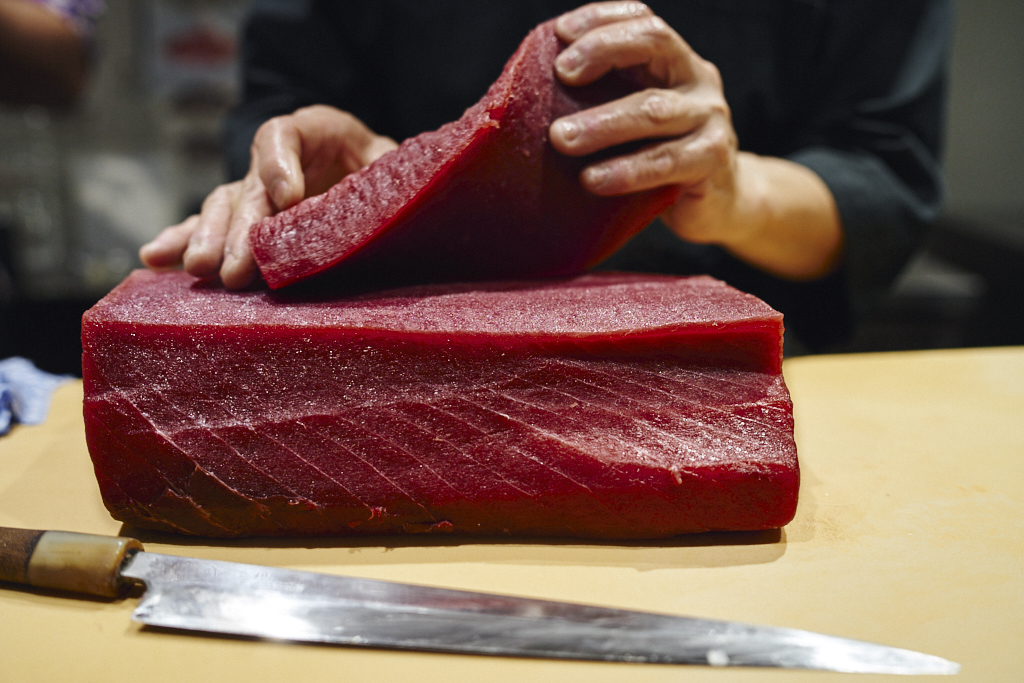 Apparently if you’re wanting to dine at Sydney’s best Omakase Sushi pedlars, it takes a team of people manning phones all day to even get a shot at a table. They open for bookings just one day in every month, and if you’re fortunate enough to get through, you’ll need five friends at the ready to clear out a calendar date and converge punctually upon this small shop, for the sushi experience of your lives.

I – obviously – was game, and also fortunate enough to be offered a spot at the table of Jackie McMillan (Does My Bomb Look Big In This?), who had endured the aforementioned convolution, so that the rest of us might enjoy the spoils. Once you’ve succeeded in securing the table, the deal is good. $80 a head, and BYO everything – no corkage. That’s right – no corkage.

I always enjoy dining in the company of Craig Donarski, whose vivacious and magnetic charisma always tends to dominate its surroundings. Even though we were seated at perhaps one of the hardest tables to acquire in Sydney, Donarski manages to make you feel as though you’re in his dining room, splashing out round after round of Dassai Sake from his 1.5L magnum, talking with an electricity and excitement that would have you believe he was the true proprietor.

A stark contrast and almost perfect complement to Craig’s personality, the quietly spoken sushi master Shinji Matsui enters stage right, explaining what the first piece will be. His soft voice is what I imagine a Renoir painting to sound like – if you could hear it.

I had already not touched my amuse bouche; Pacific Oyster, Grilled Salmon and Octopus. It became evident that it was important I keep up with the man. Even if he did disappear for moments at a time.

They serve two tables of six, and the chef oscillates between the two tables all night, in a sort of harmonious dance that provides the perfect tempo for such an experience.

The last time I had Omakase was when I accidentally stumbled into Sushiko Honten in Tokyo. I knew this experience would be impossible to beat, but I had no idea how close Matsui would be able to get. Here’s what went down:

The knife skills on Matsui yielded impressively measured scoring on fish. Variants between increments were almost impossible for the naked eye to detect.

As the table conversation turned to the ever controversial; “Do you mix your wasabi into your soy?”, survey results were cut short by the unveiling of a slab of Tuna, that was possibly one of the most beautiful I’d ever seen within such proximity. Matsui handled it like it was his child, and seemed to be even prouder than some fathers are.

I was excited to see Uni on the menu, as it’s one of my favourites, as well as Toro… truly rounding up the greatest hits.

Tamagoyaki, as I understand it, is usually served towards the end of the meal. But I’d also read that it was historically served as a first piece, showcasing the skills of the Itamae, and often an indicator of whether the Omakase was worth its salt. It’s certainly a process, and one Matsui seemed to undertake with the precision and grace that you might expect from someone with as many years as he, under his belt.

Matcha Green Tea Ice Cream signified the end of service, and left all with a need to return for another session.

If you can run the gauntlet of its booking system, you can indeed stomach the wares of this nest within a nest. I’m glad to have finally found a reason to cross the bridge.