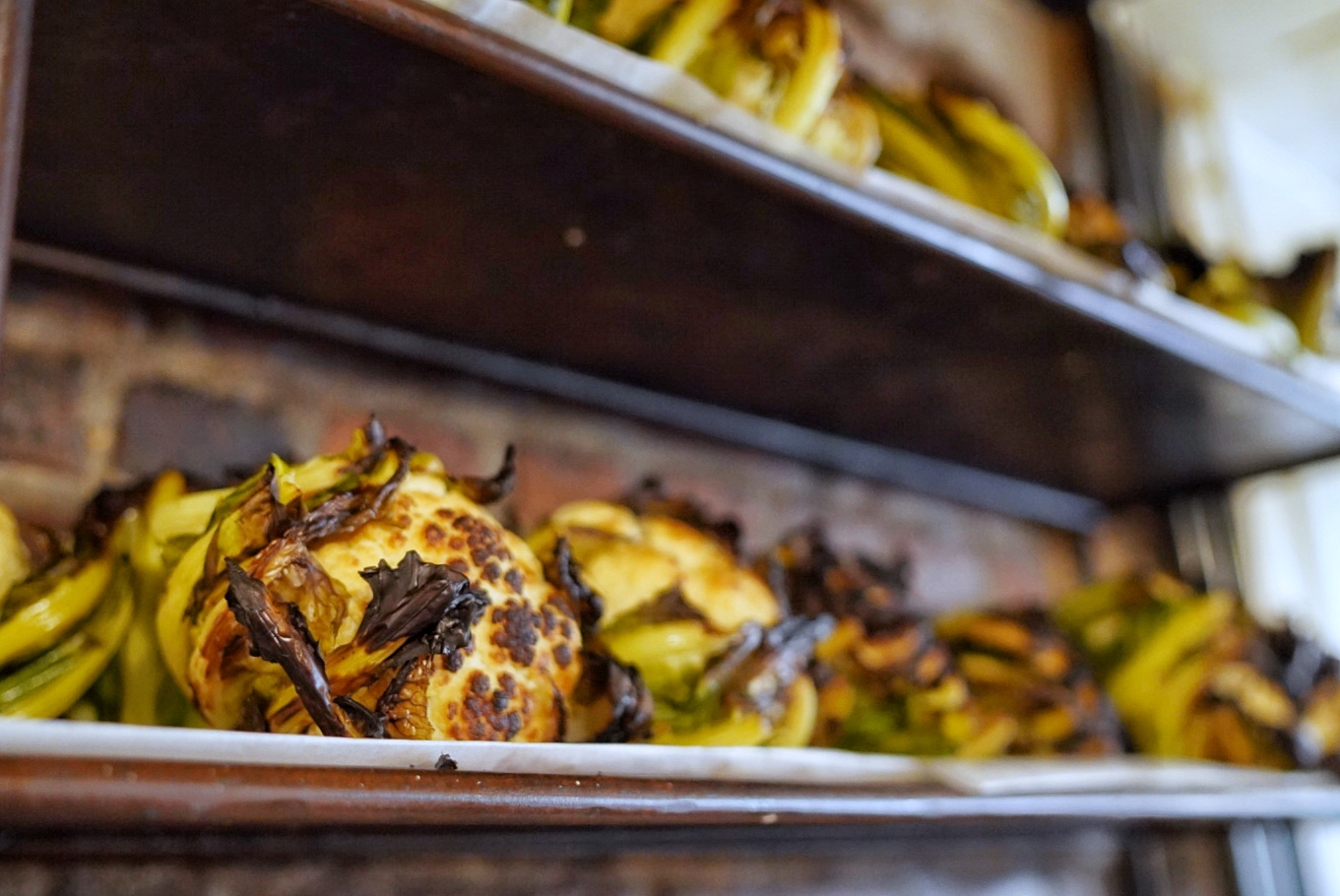 In the all-too cobbled quarter of Saint-Merri lies many a falafel pedlar. Some so good, that it’s often difficult to stray from the pursuit of such Jewish specialties. But there’s another Hebrew haunt, lurking only steps from its cornerstone neighbour, that churns out a different delicacy, and does so with poise.

Miznon is chiefly a Pita sandwich joint, although some of their fame also stems from dishes like the whole flame roasted Cauliflower. Which is a must.

It had been many years since my last visit to Miznon, and returning to see how things had changed proved an exercise in perusal.

To begin, the Bourguignon was not available on this particular day, which – as disappointed as I was – wasn’t a deal breaker. We ordered Roast Beef Pita, and a Lamb Pita for our first round.  My first impressions were that the portions sizes had shrunk ever so slightly from yesteryear, but the flavour and quality of the Pita was still on point.

Not quite being enough to satiate out hunger, the obligatory Cauliflower was ordered, arriving as though it had been blasted furiously with an industrial strength flame thrower.

This fared nicely alongside the seasonal Artichoke, with its silky dipping sauce.

Miznon is certainly a cheap eat around these parts, but don’t expect to be full after the first sandwich. I do, however, believe you’ll find it to be one of the city’s best.

You can eat in, or take away.