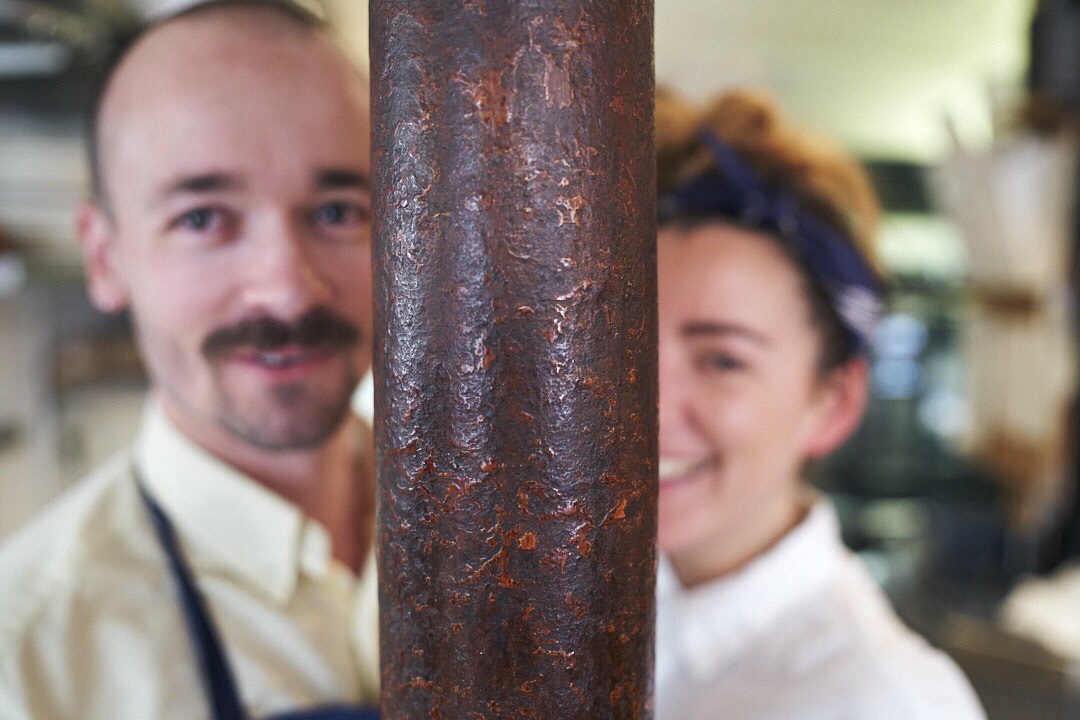 Anyone who ever went to Starfvckers around ten years ago might remember the fresh faced upstart Julian May, sweating over the decks with conscientious intent. These days, however, you can find Julian sweating over more low-tech equipment, at his Parisian restaurant ‘La Vierge’.

Julian and his wife Elsa have teamed up in more than just a marital fashion, diving into the deep-end of the hospitality pool with their new establishment. Part ‘Cave a Vin’, part bar, part restaurant, they seem to have engineered the perfect mix of offerings. The division of labour sees Elsa on crowd control, while Julian dishes out the bangers from behind the scenes. 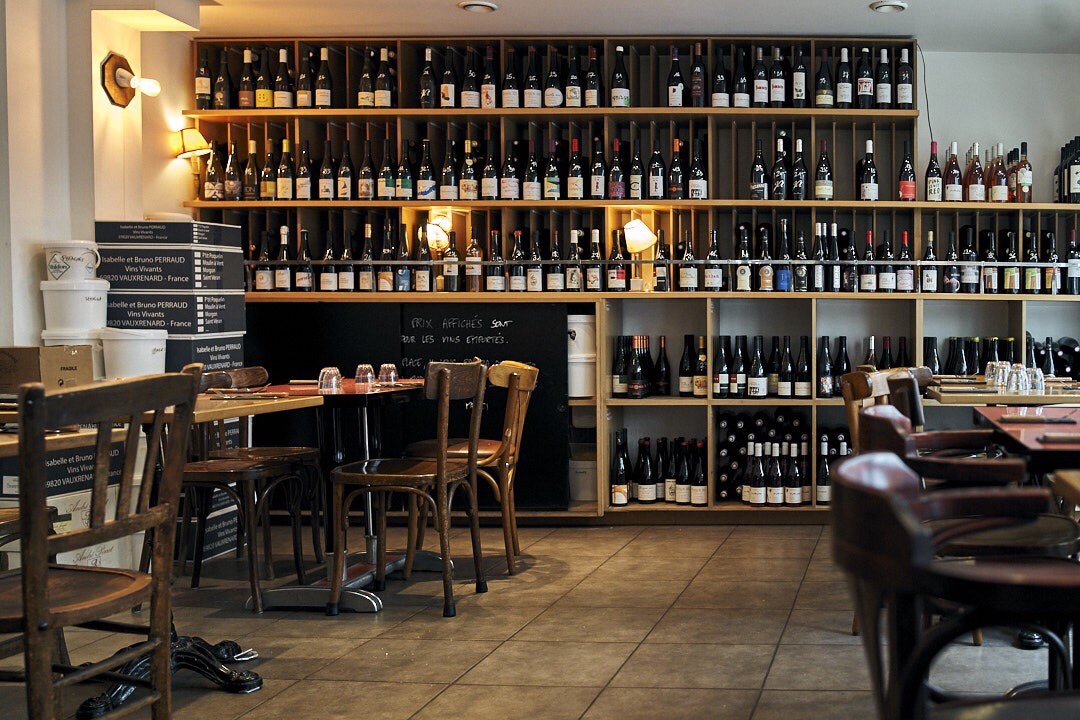 The decor is casual but homely, the staff are vivacious but never obsequious, and the bread is the stuff only the best dreams could dream of being made of. 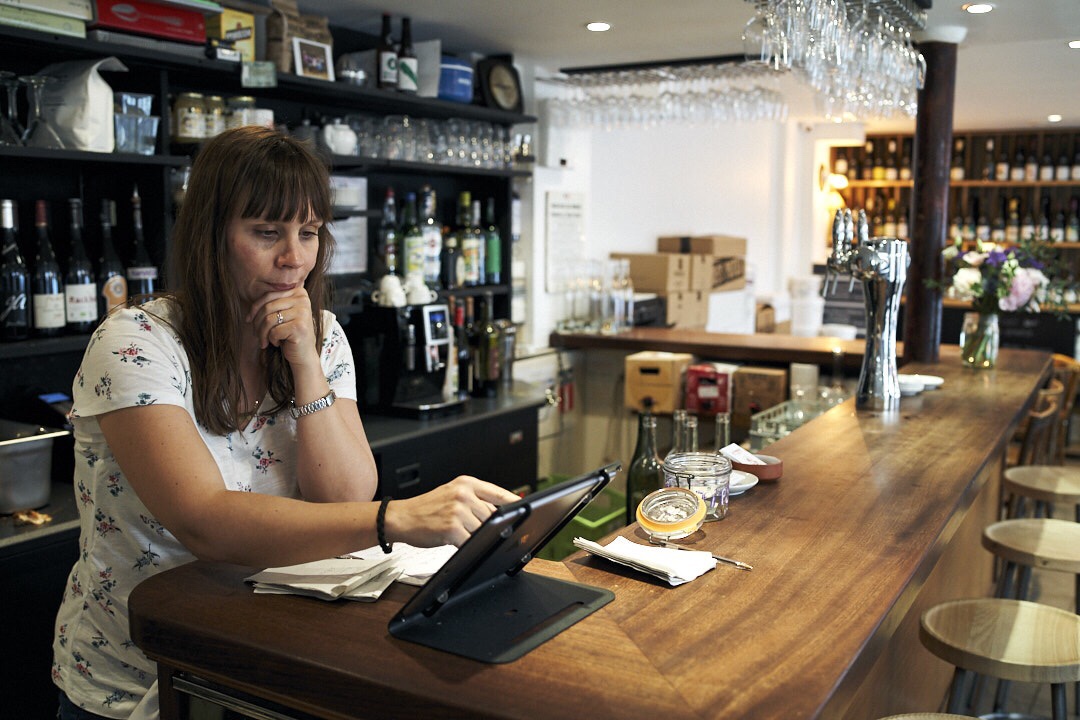 We came for the lunch formula this time. An entree, main, dessert, and all the bread you could shove into your fat face, for just 20 euros. Not a bad deal. This would be my second visit to La Vierge in the last two weeks and it was definitely worth the return.

Entree options were between Rillettes de maquereau (which was the ultimate decadence to enjoy while gazing upon the peculiar beauty of the pickled cauliflower), 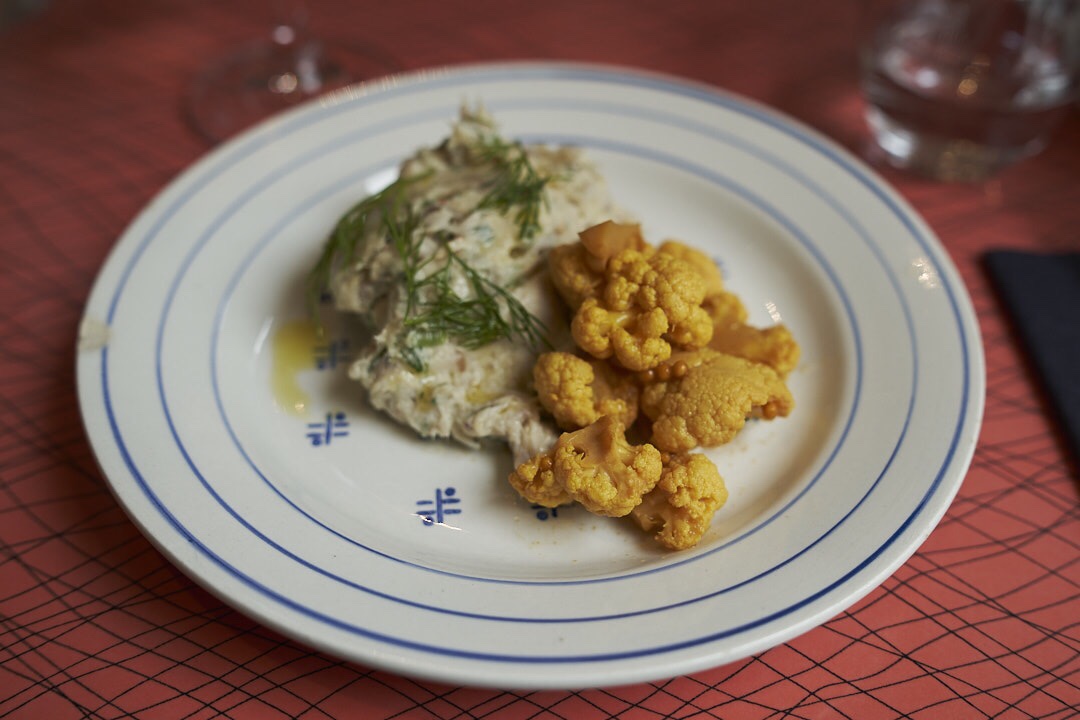 Bouillon de champignons (which reminded you of how a mushroom should taste, more than perhaps, most mushrooms), 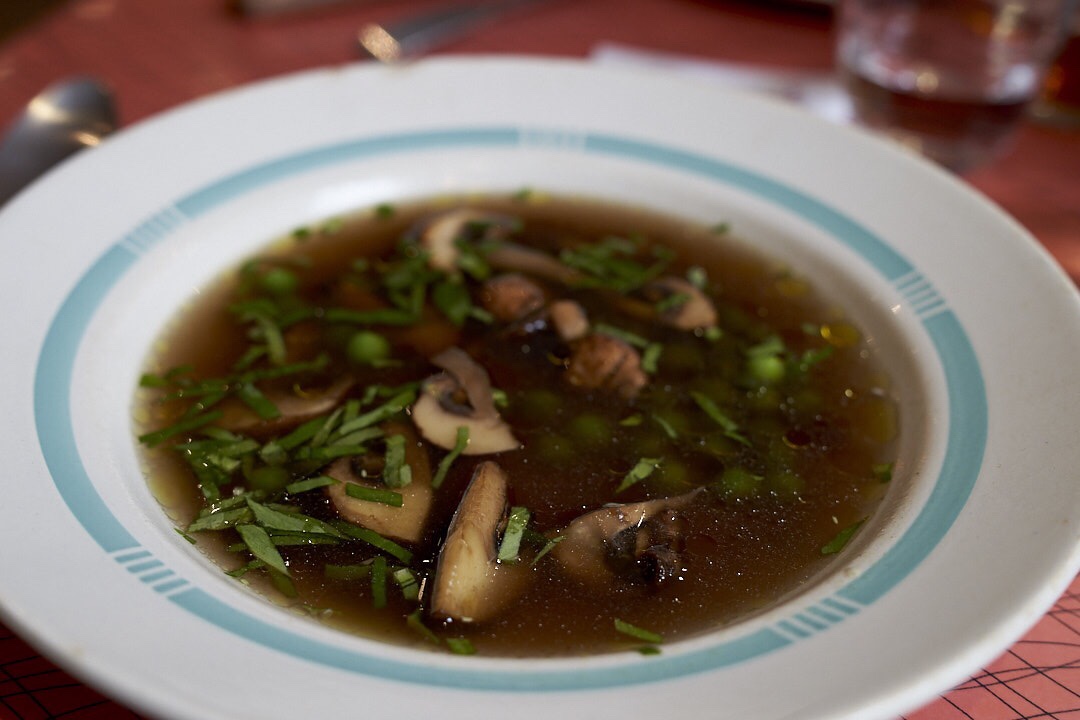 or Salade de fenouil. Which is a salad. 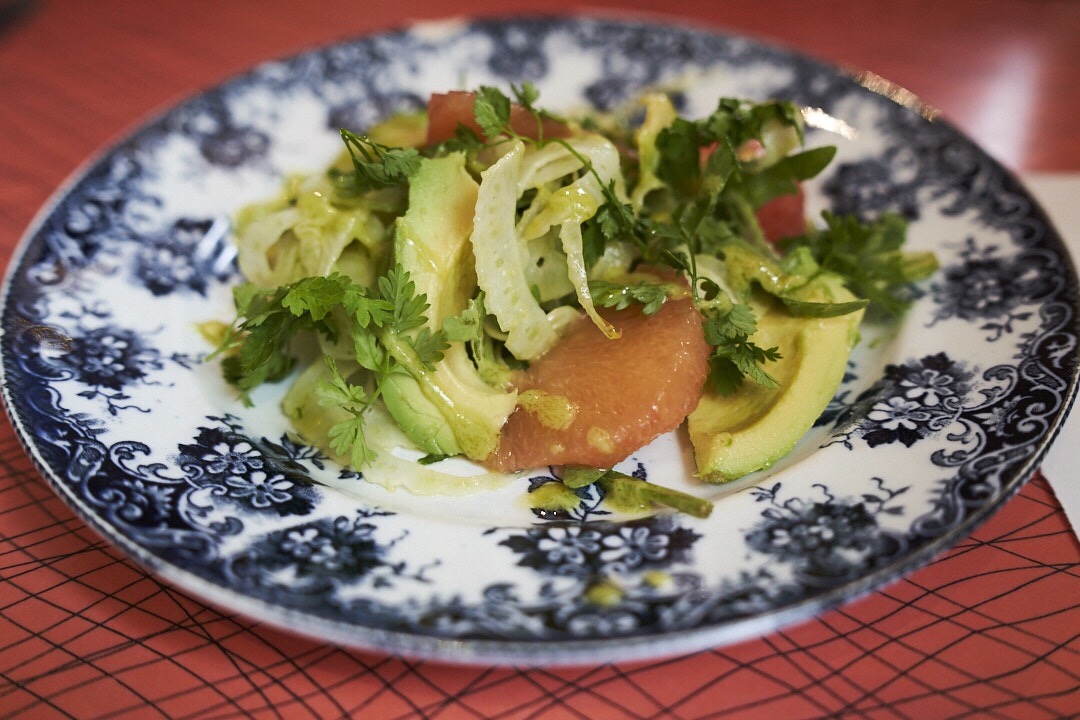 For me, the Rillettes won out in the end, if only for the heinous amount of sourdough it somehow justified consuming alongside it, as a vessel. Now onto the mains:

The Eglefin (it’s a fish) with pommes de terre, asperges verges & gingembre showed remarkable respect for the quality of the produce. The true virtues that secure the perfection of the process are similar to that of a good DJ set; Precision and restraint. 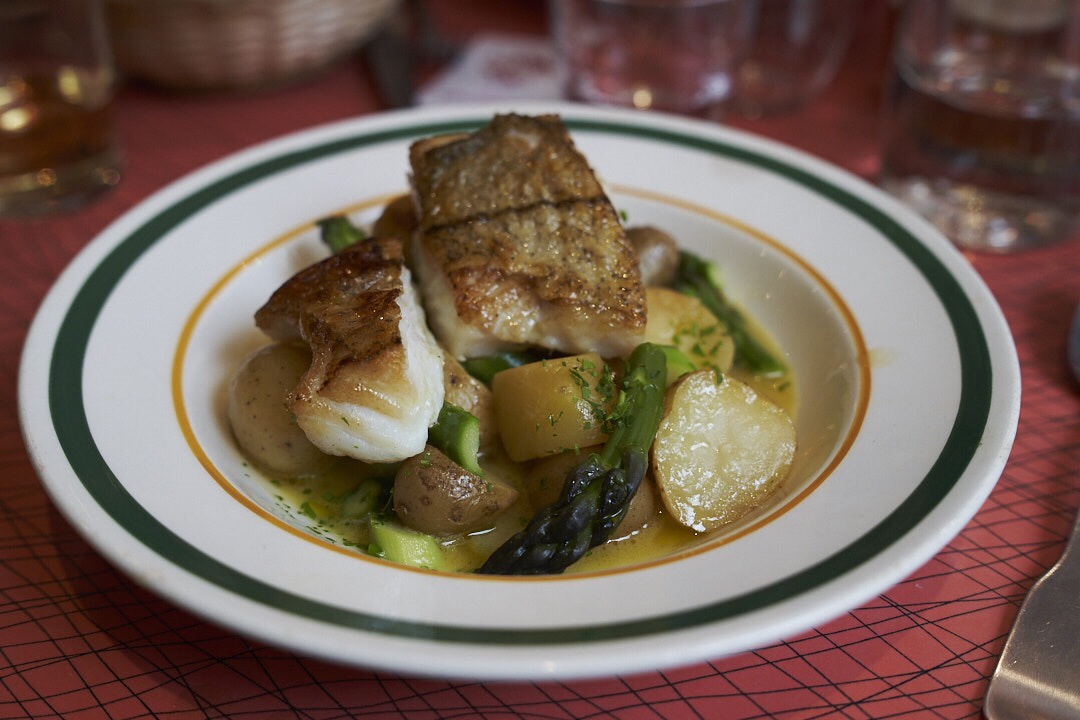 The Basse cote (it’s beef) with blettes au jus et anchoiade was more shrewd than I’d initially anticipated. I’m known to ‘discard the Swiss chard’ (haha shut up), but the bitterness of the blettes beautifully balanced the beefy Basse, and probably another word that starts with ‘b’. 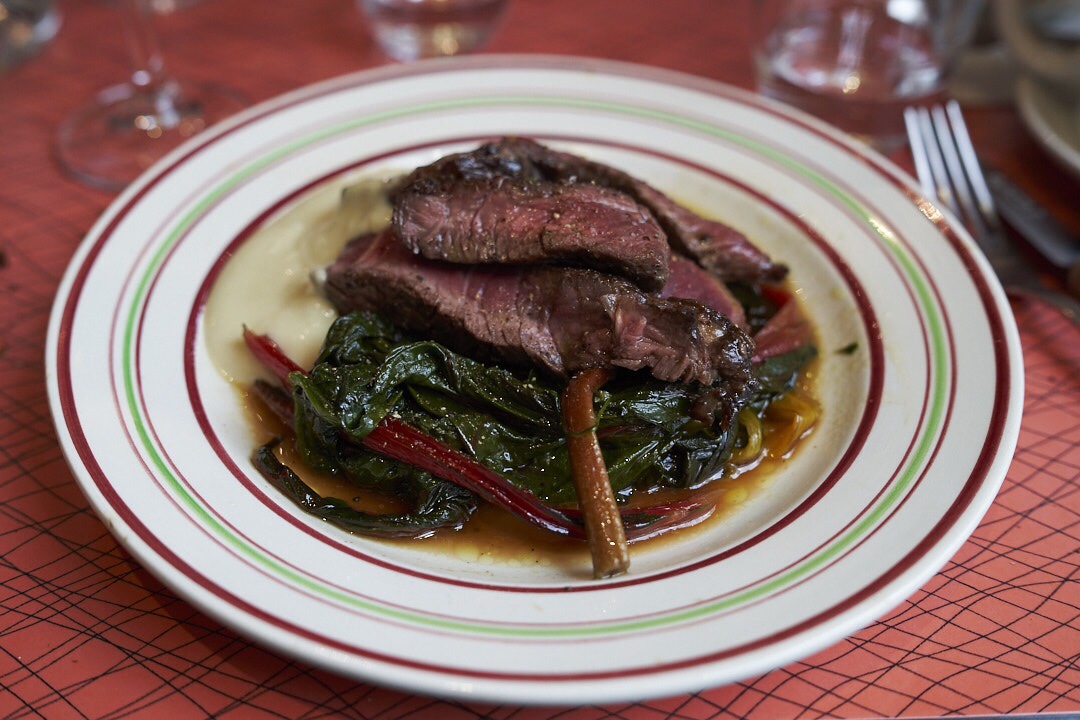 For a Crumble pomme rhubarbe that looks like almost any other apple crumble and a scoop of whatever ice cream; this thing knocked the socks off at least two of our female dining companions. 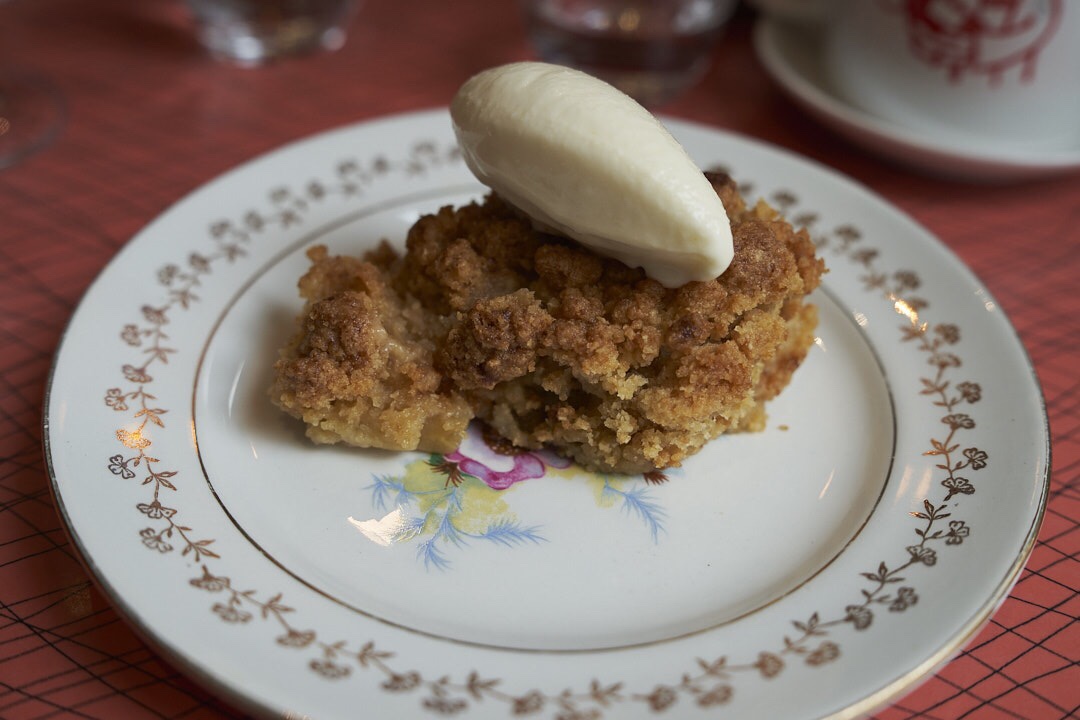 The Poire pochee, with sauce chocolat, chantilly & noisettes was decedent, and may only have been improved with the accompaniment of a straw. 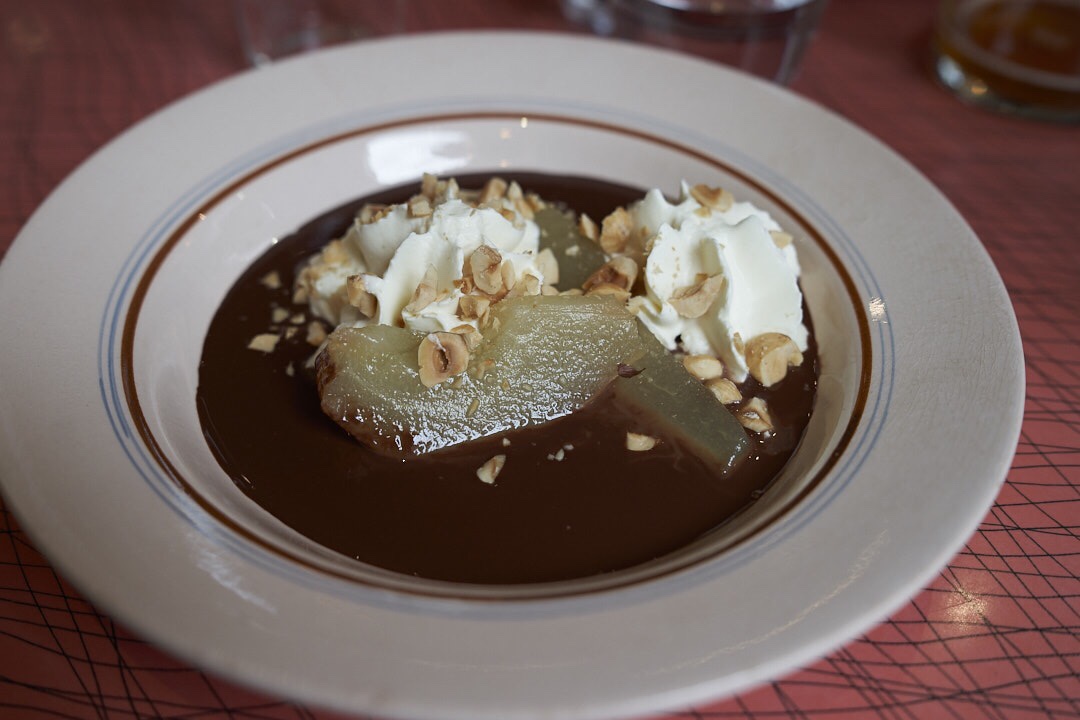 For what may only be a short stint, Julian and Elsa have succeeded in setting the tone for what looks to be a bright culinary future. I dare even say that this residency may outshine his tenure behind the Starfvckers decks. 😉 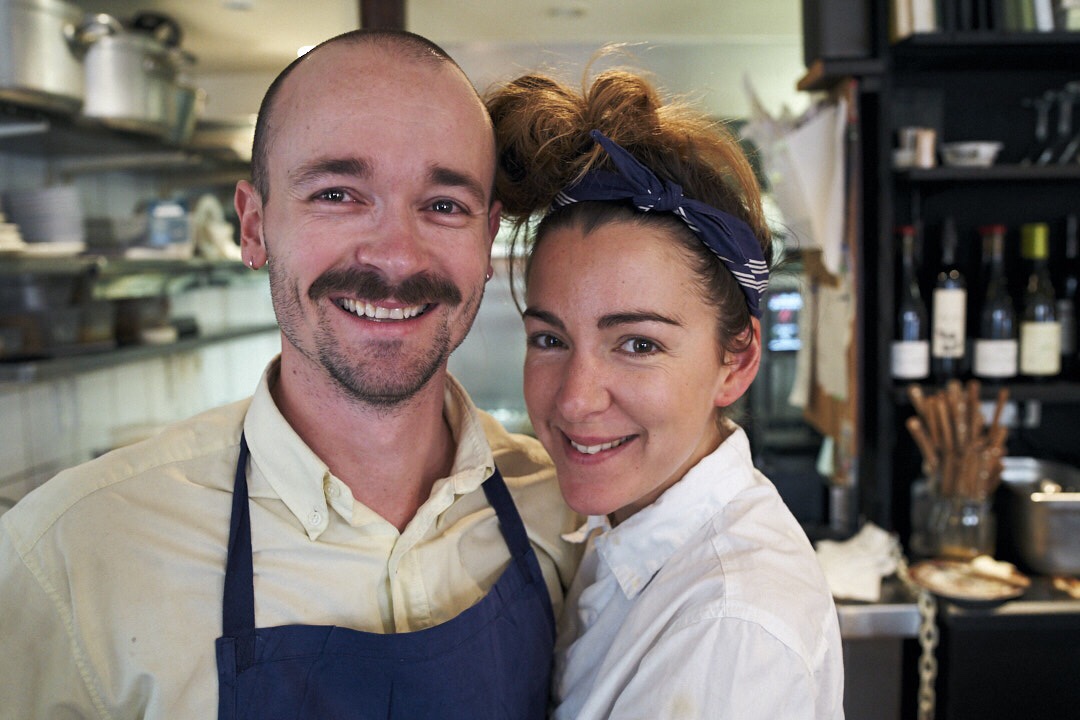 With a high regard for the integrity of ingredients, and respect for the refinement of balance – La Vierge – like any good musical performance, succeeds with poise.