One of Paris’ lesser known eagle’s nests is atop the Parc de Belleville, where a (virtually) unobstructed vista of the city’s best landmarks can be enjoyed with the minimal amount of tourist fuckery. Belleville is a trendy and cosmopolitan eastern district of Paris, rich also in cuisines of the east, as well as many other parts of the globe.

There’s always room within these gastronomic melting pots, for a taste of the old guard, and Moncoeur Belleville fills this position with pride and distinction.

No, that’s not David Bowie (although he’s often partial to the misidentification), that’s Orso Filippi, owner and proprietor of Moncoeur Belleville. Filippi purchased the restaurant a few years back after a change in careers channeled him towards a higher calling.

We sample two mains; Le Poisson du moment, which at this moment, turned out to be a perfectly cooked Salmon fillet on a bed of fresh vegetables. 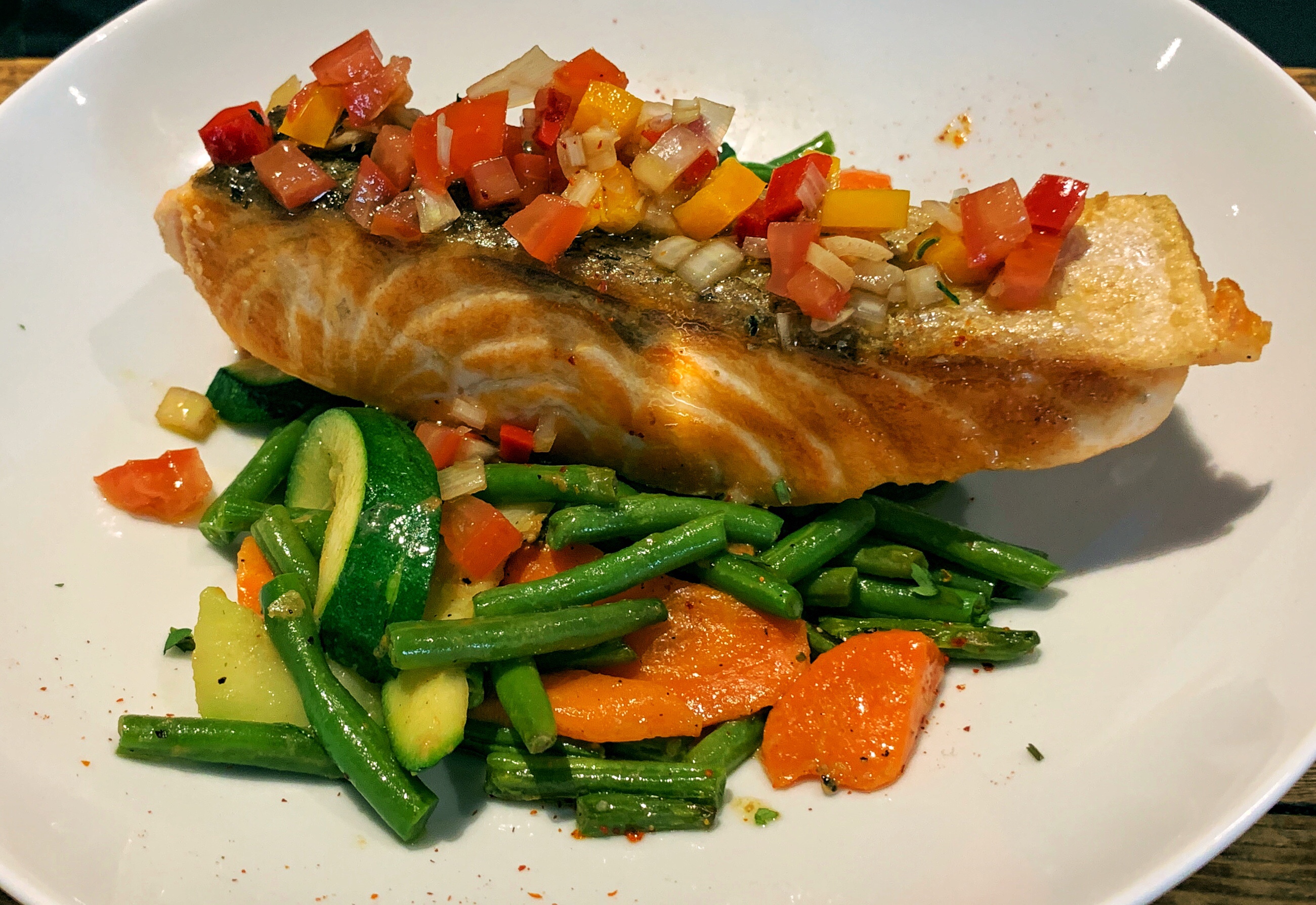 And the Plat du Jour, which was a Bavette and came at the ridiculously affordable price of ten euros (what?).

Both dishes tipped their hats to old world french cooking, with painstaking exactitude and a satiating finish.

What really blew me away was the soup of the day. We didn’t order it, but Orso sent us out some anyway, and it wasn’t difficult to understand why. What the chef purported to contain simply carrots and cream, topped with fried shallots and olive oil, was actually a masterpiece. My aunt left the restaurant highly suspicious of the chef and insisted that he was withholding a secret ingredient, and was determined to identify it on the ride home.

Chef, if you’re reading this: We’re onto you.

Moncoeur Belleville boasts some of the suburb’s best French fare amidst the jungle of alternative cuisines, for an affordable price. And if you can snag a seat on the Terrace, the view comes complimentary.