I’m never usually the first person to dive headfirst into the pool of disappointment that is Japanese cuisine in Paris. But after a few reputable recommendations, it was hard to resist a visit to Guilo Guilo. The Kaiseki restaurant so good, they named it twice.

We sat (as advised) around the corner of the bar to watch the chef juggle the diverse gamut of cooking accessories like the ring leader of a culinary circus. 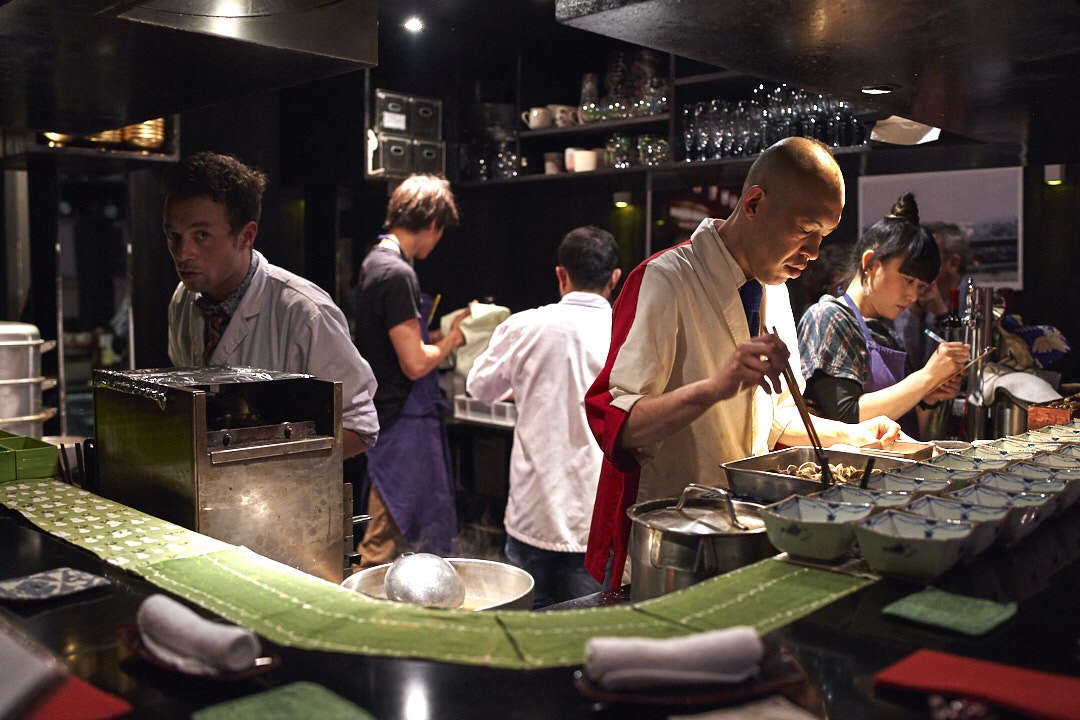 A careful pour of miso broth into a bowl the likes of which your grandmother might keep around collecting dust; produces something far more beautiful than she might have ever served up. 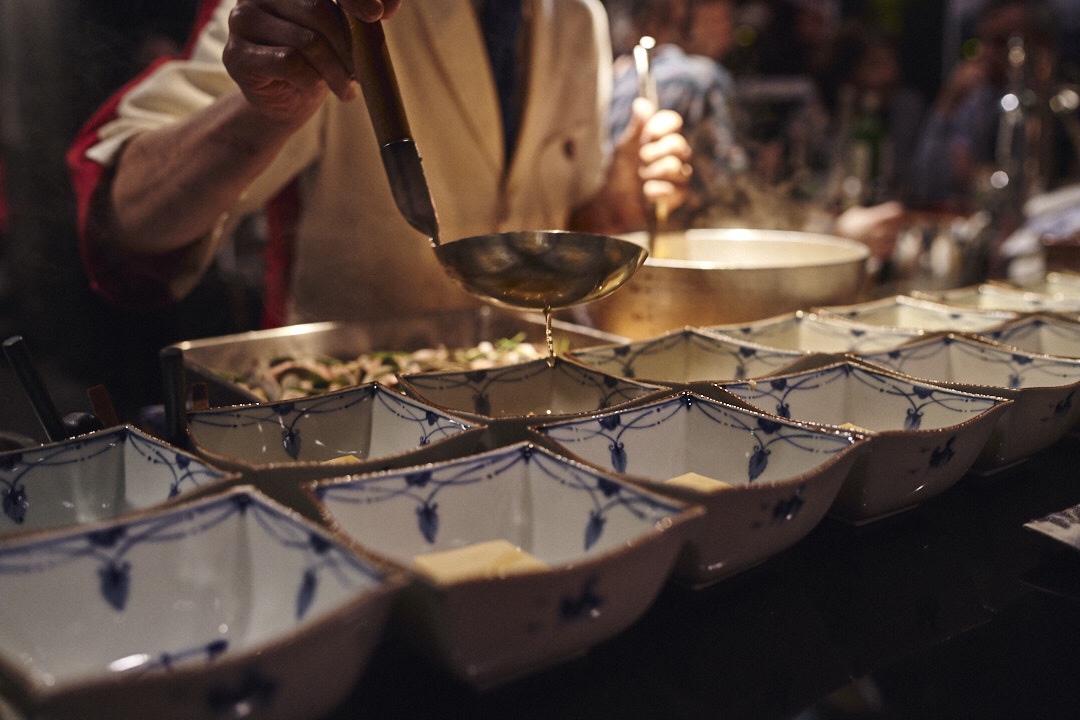 This Clam with ginger, chives and Black Tobiko balances delicately on a wobbly slice of silken tofu; The castle to its miso-moat. In all honestly, it presents better than it tastes, but the sense of decadence it exudes, does a good job of setting the tone for the rest of the evening. 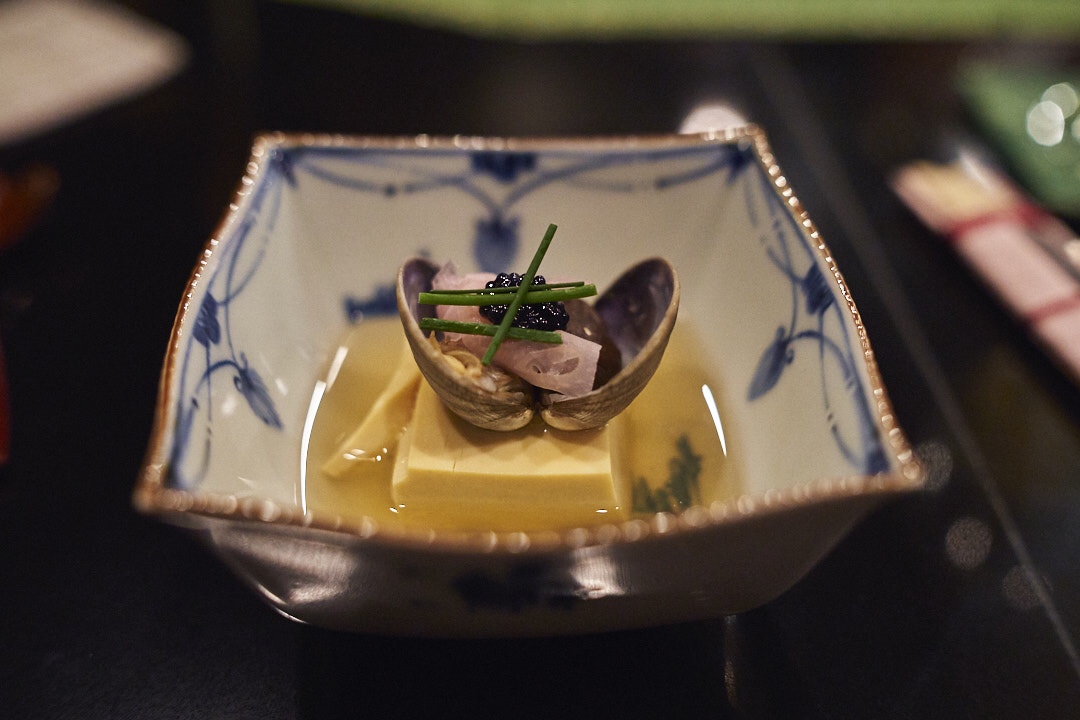 Next, we receive a ceramic green coffin-like box, large enough to fit a large mouse, or a very small cat. 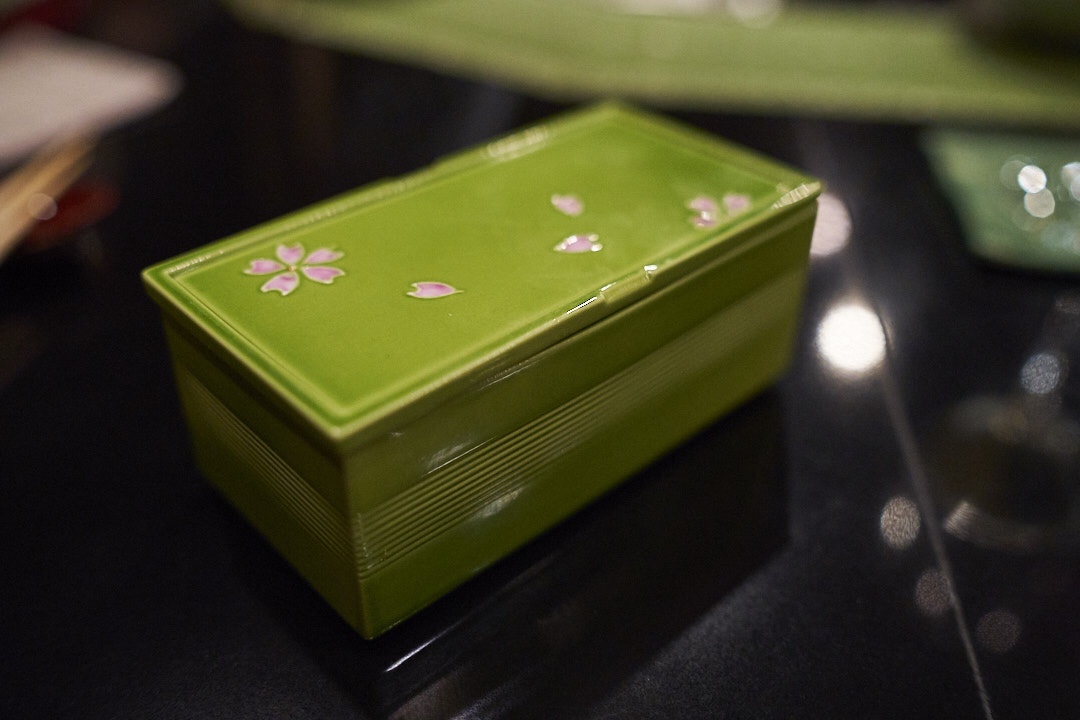 Luckily, inside, it’s neither of those things. It’s Tempura! It’s Nori! It’s Kimchi! 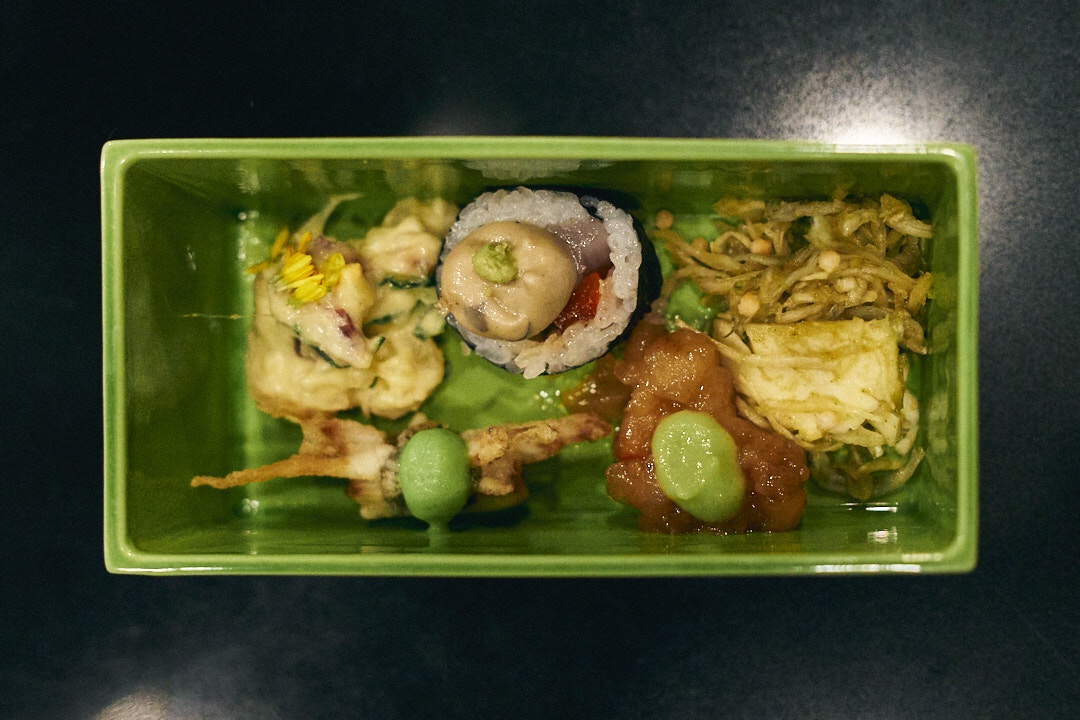 This certainly wasn’t their best dish, and I begin to wonder whether the chef is less interested in the food itself more than he is hiding it from us.

That is, of course, until we were served the next dish; 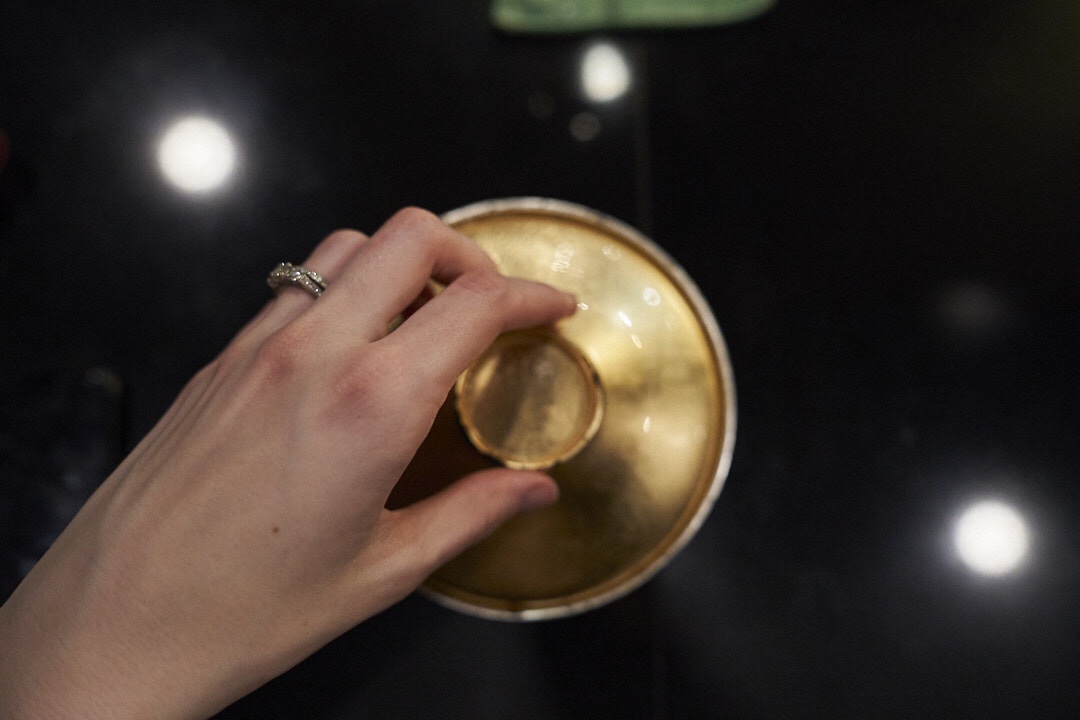 Lucky I’d had too much sake to remember what it was called, but rest assured the silky broth and soft fragrance redeemed it from the previous dishes with conviction. 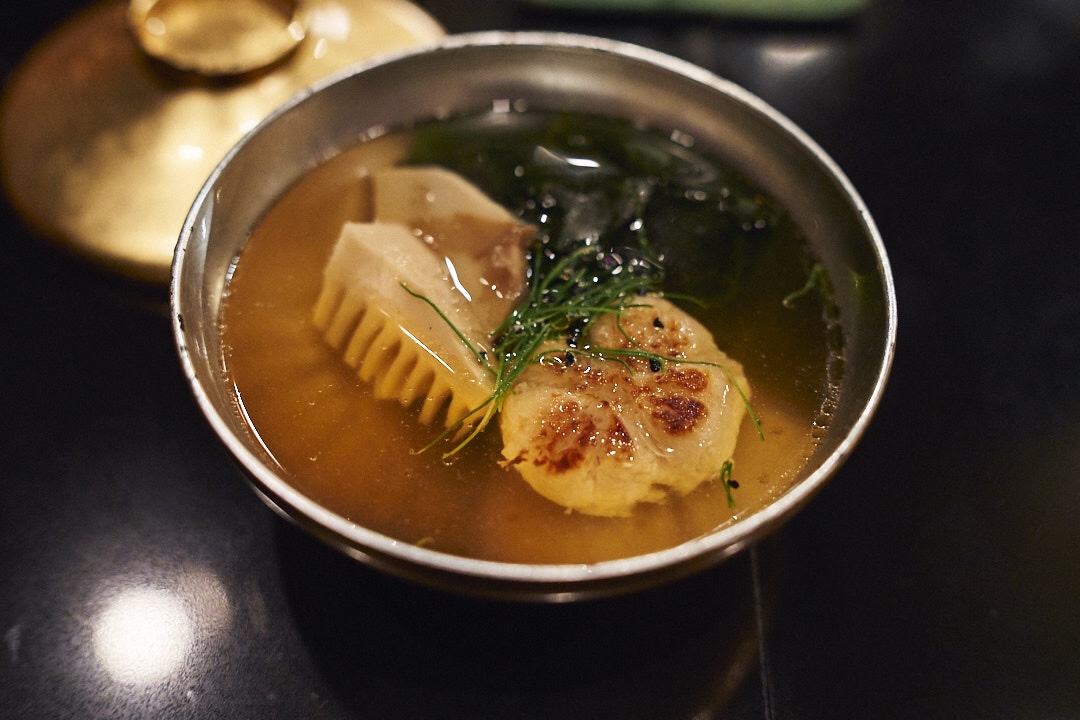 The dishes keep coming. This well-presented Octopus salad looked nice enough, but fared better as a palate cleanser than as a feature of the degustation. 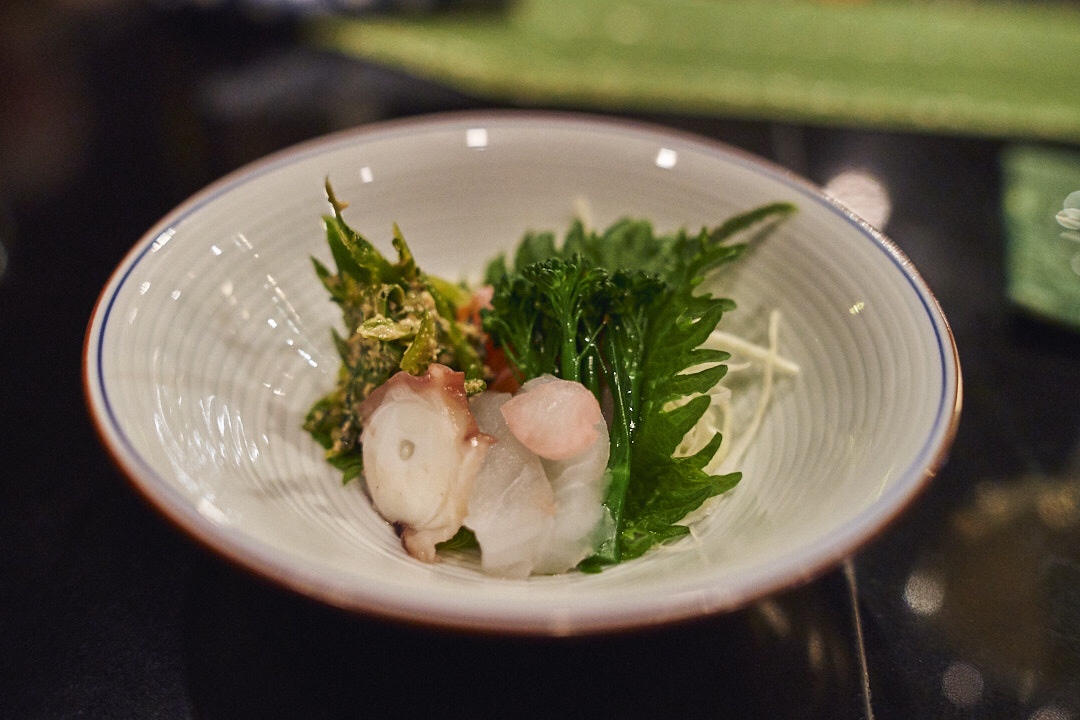 As we look on, the chef begins grilling Cod on smoking coals just inches away from our precious faces. The aroma of char and salt fills each corner of the room, and other diners turn their heads. 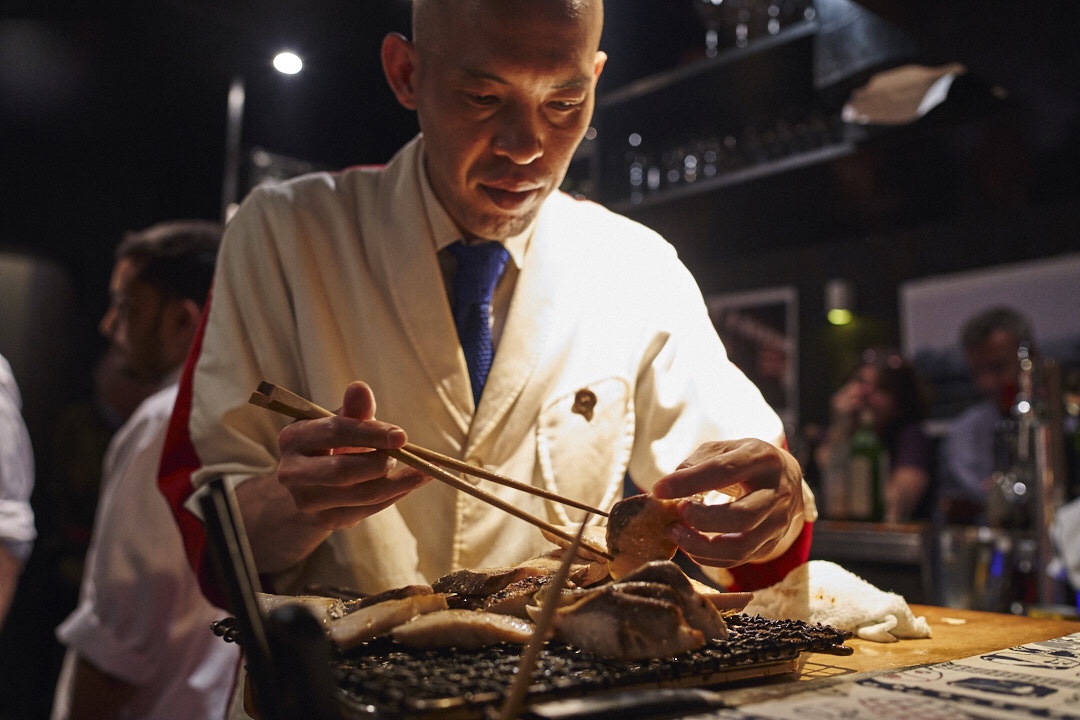 Before we know it, it’s served up in front of us on a bed of “If I don’t find out what this is one day, someone may get seriously hurt” purée. At least that’s what I like to call it. 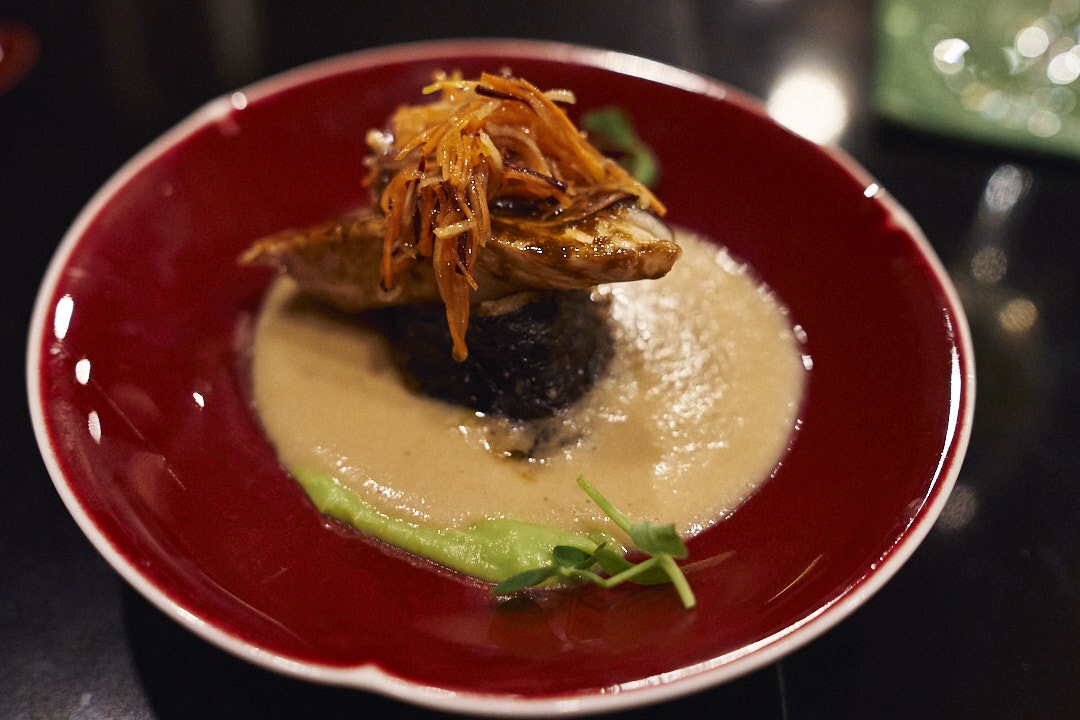 Mackerel sashimi calms the nerves of the frustrated diner unable to put his finger on purée ingredients. Aesthetics & Precision: necessary. 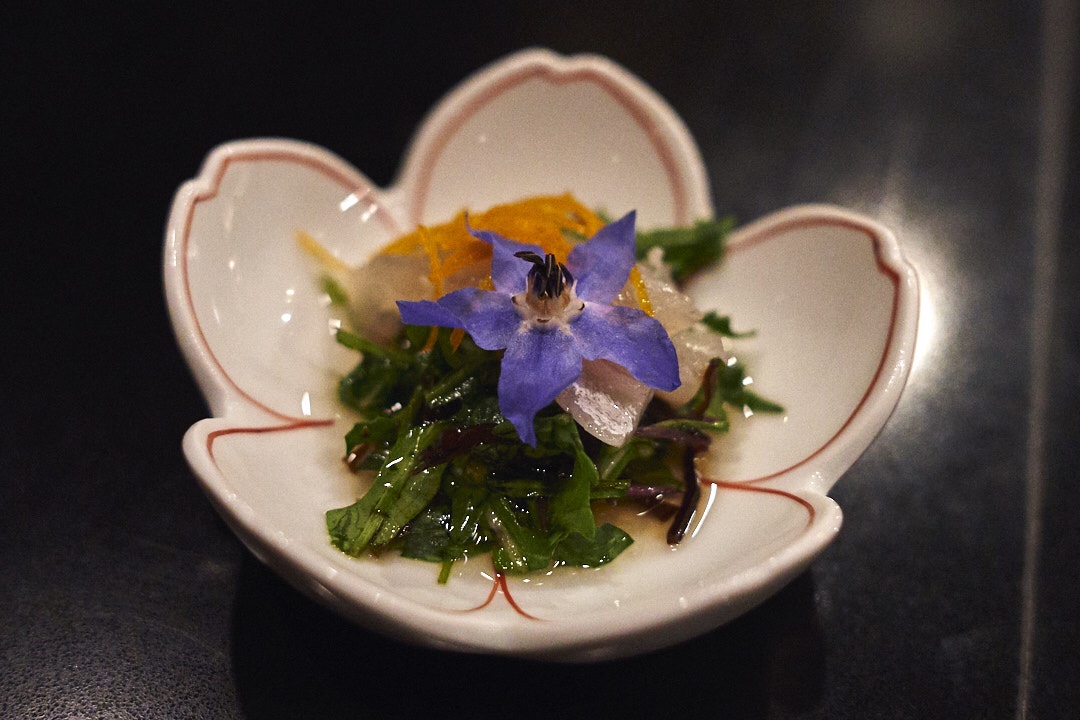 Like any good Kaiseki or Omakase, the meal is finished with an omelette. At Guilo Guilo, your omelette comes floating in miso soy, and with (you guessed it) a fucking flower on top. To our surprise (again), the egg was housing perfectly cut enoki mushroom that tore apart like a wet newspaper. I liked it. 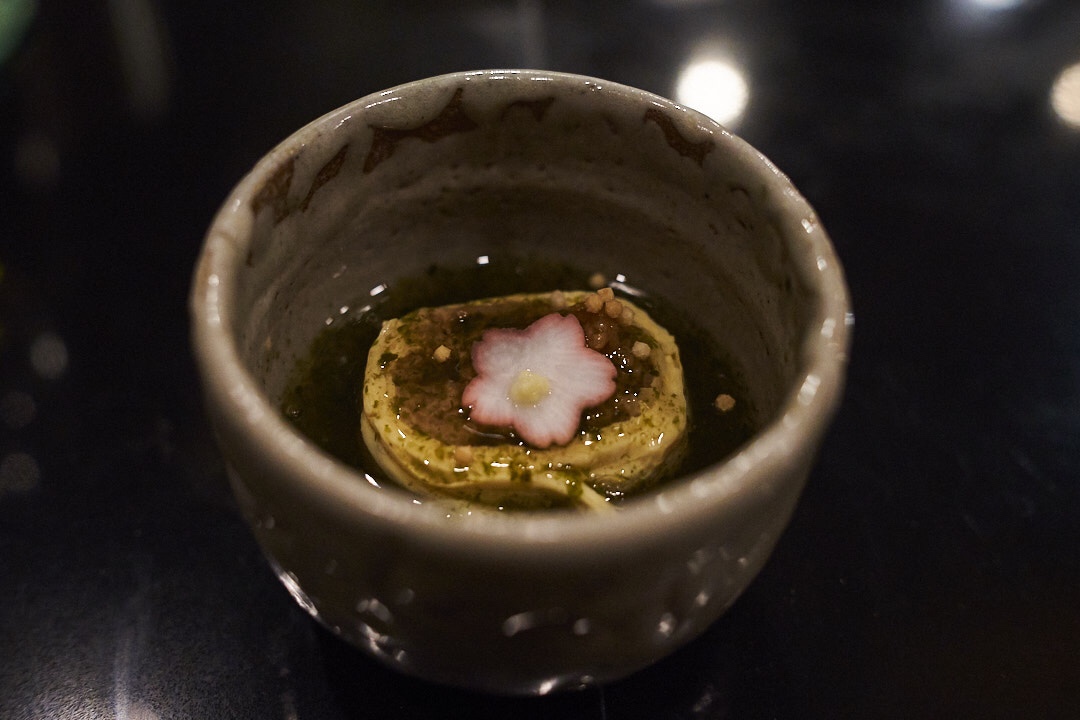 The Dessert here accidentally stuck its foot in its mouth by downgrading Guilo Guilo’s otherwise ‘Cute/Kitsch’ presentation vibe to Naff Nouvelle Cuisine. We cant win all our battles. 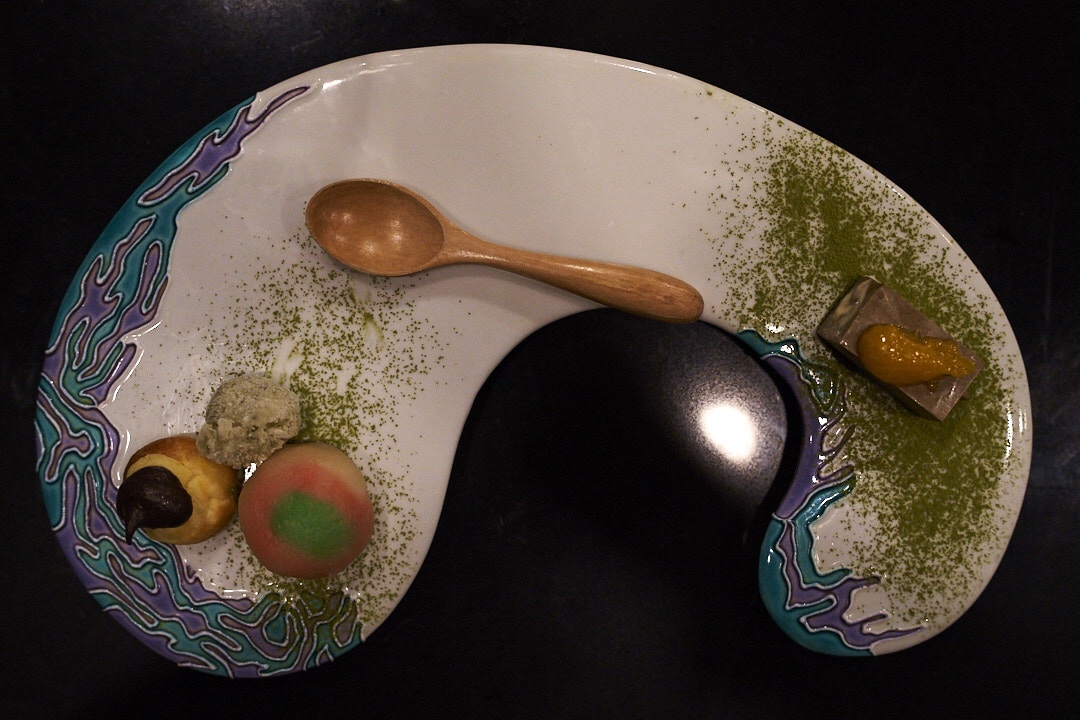 However, there’s always a trick up the chef’s sleeve, and for an 8 euros supplement, we throw caution to the wind and try the ‘Foie Gras Nigiri’. Outrageous. 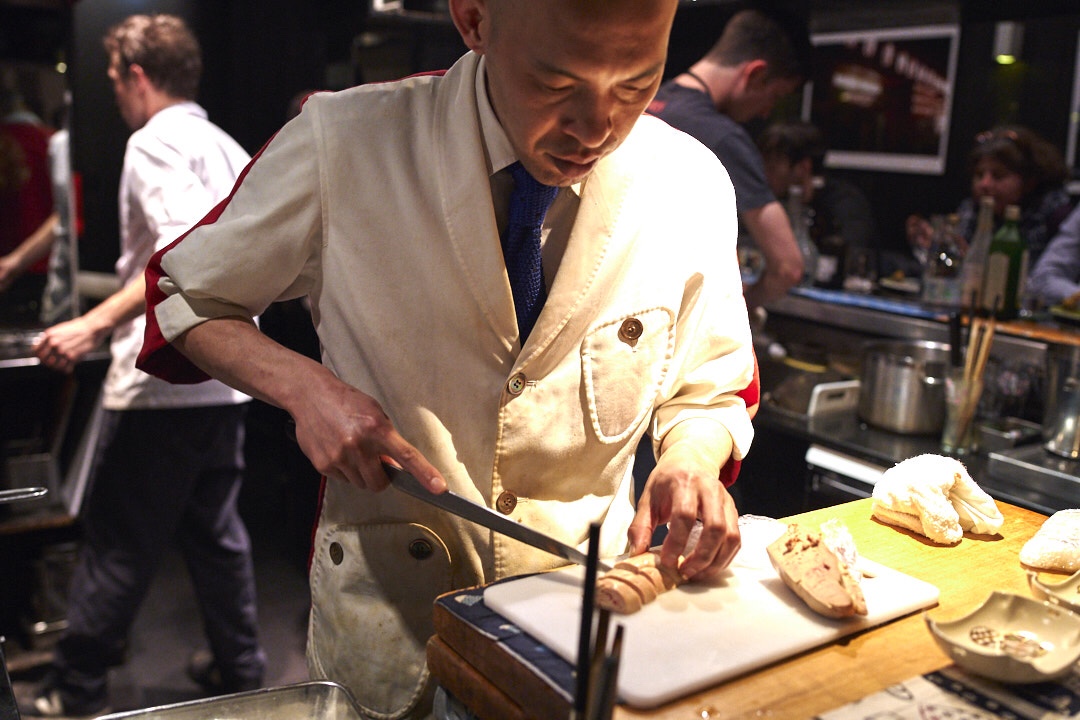 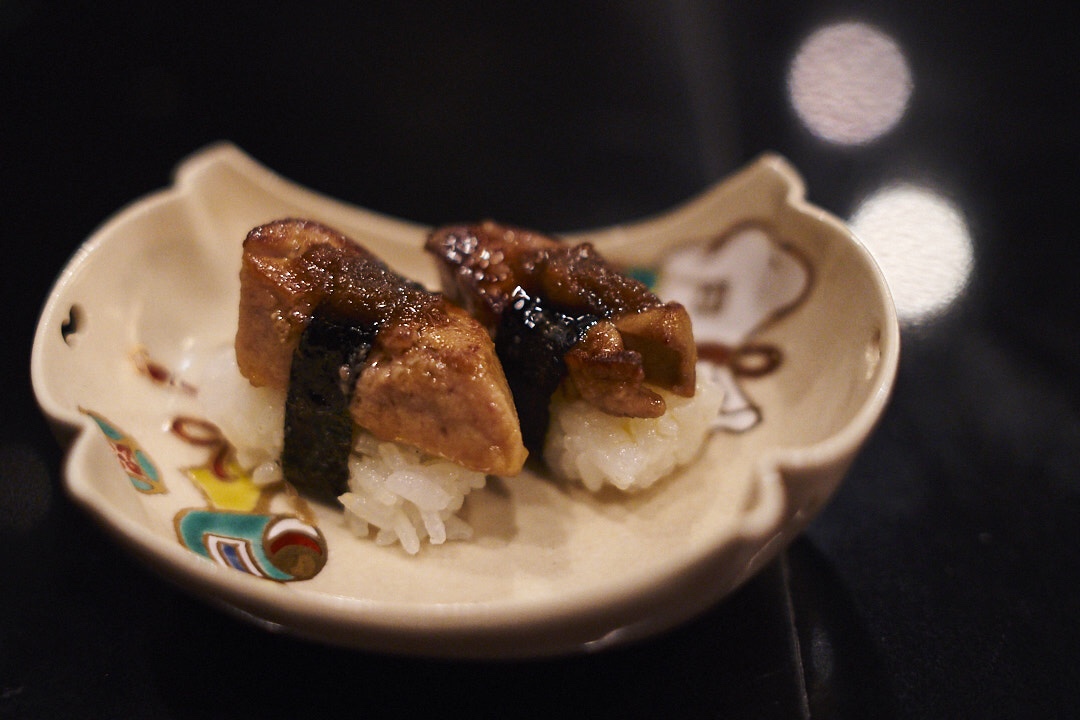 At 55 euros a head, Guilo Guilo isn’t exactly a cheap night out, but the experience that goes along with it certainly adds to the value.

Put it this way: It’s better than having people launch omelette projectiles at your face for a hundred euros a pop.