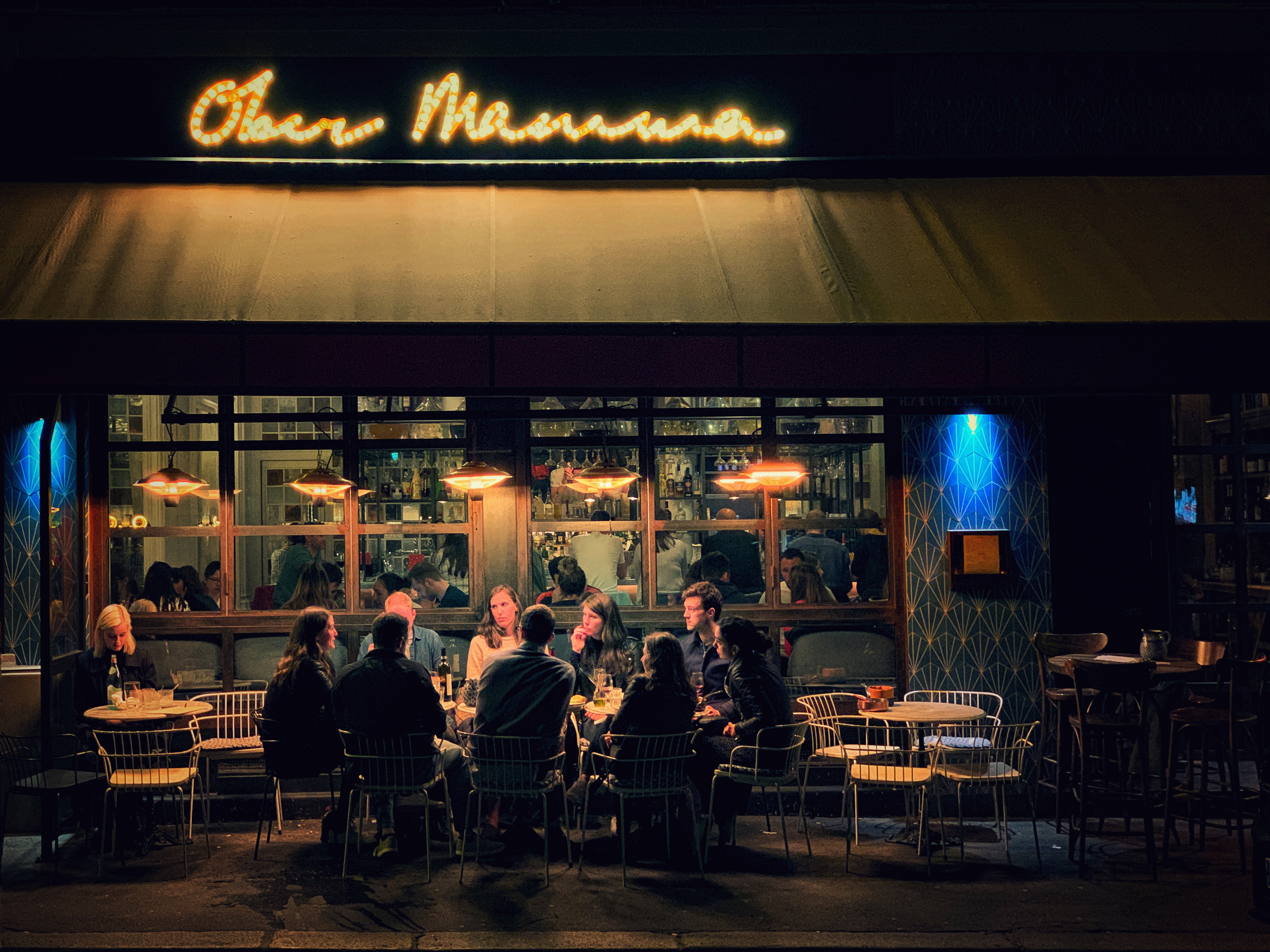 A group of nine insufferable MBA students huddled around the four adjacent tables from us on the terrace of Ober Mamma. They were only in town for forty eight hours and by the sounds of things, the conversation was set to be a cultural train-wreck. One woman postulates that the restaurant must get its name from ‘Aubergine’, since it was on the menu… Completely ignoring the spelling of Aubergine, and the fact that the restaurant is located in Oberkampf. 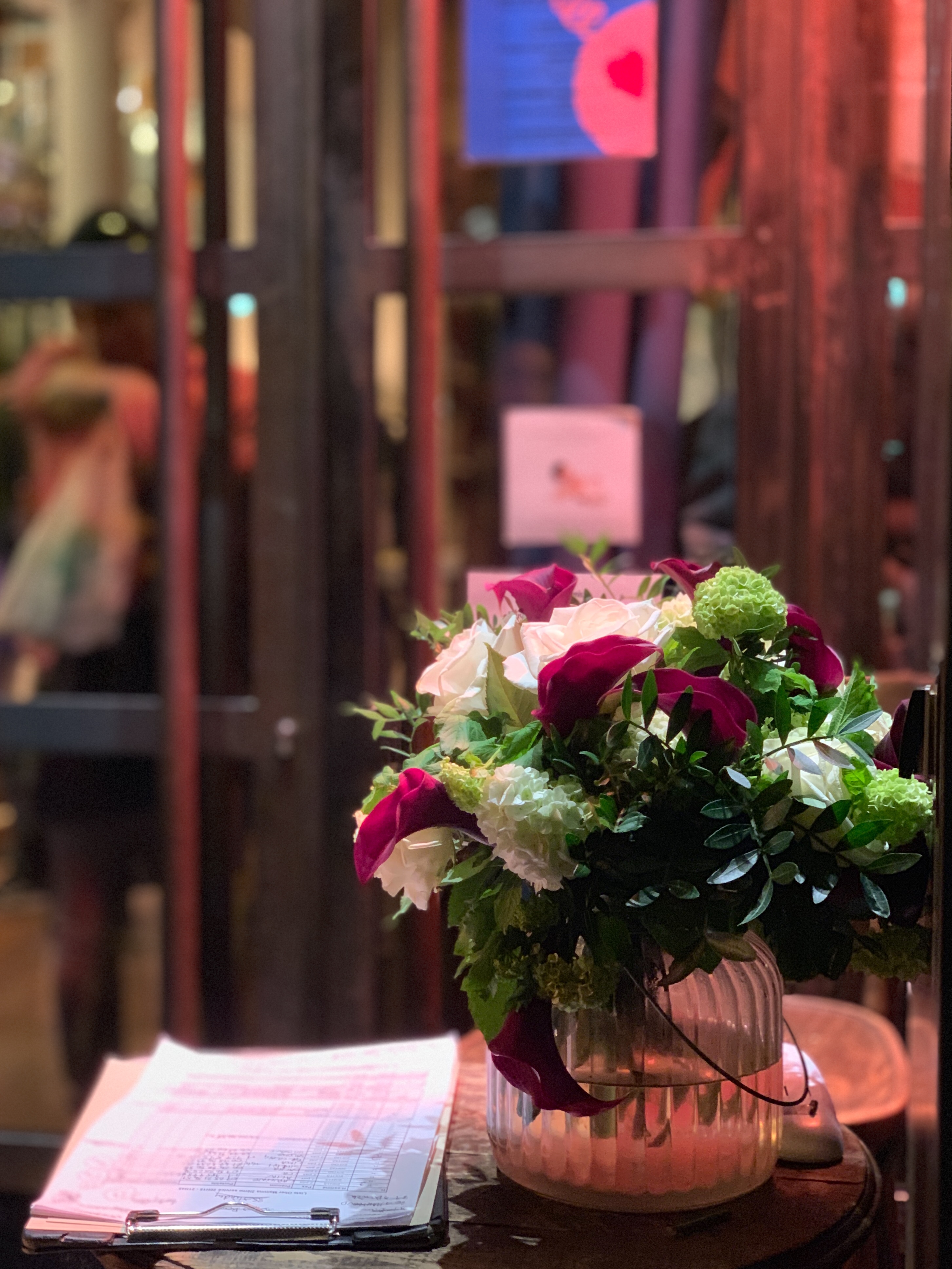 Inside provides a different kind of eye-roll scenario, as you marvel at the meticulous decorations of Ober Mamma’s interior, complete with fake tree!

For a restaurant that trades off simple dishes, its decor leaves an eclectic feast for the eyes. 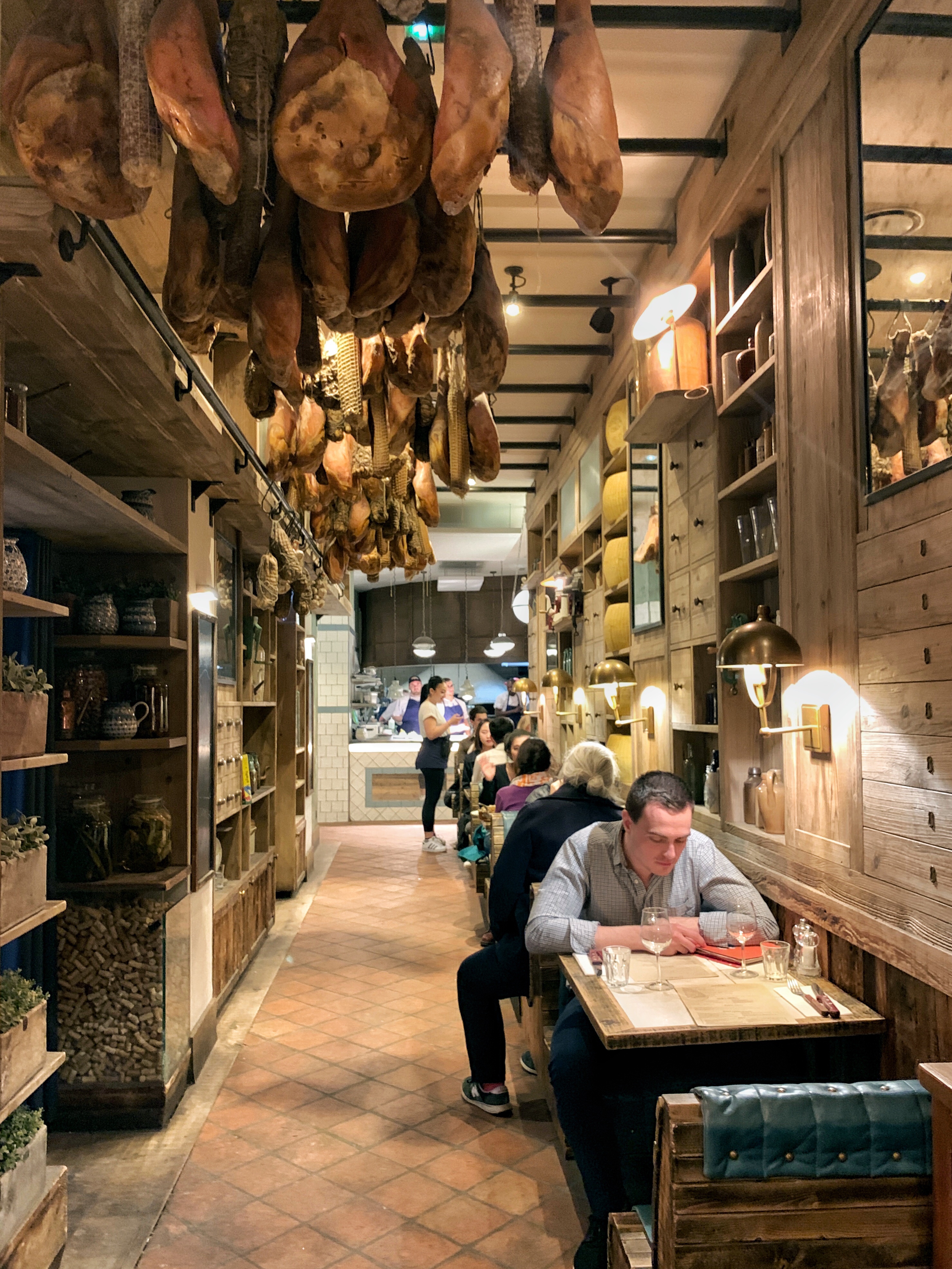 We begin with the Melanzana al Forno (11 euros), which is a whole eggplant (OBERgine?) with Puttanesca (Putain-esca? I’ll stop) sauce and Stracciatella cheese. This was a great dish that was let down slightly by the lack of cheese. It was more akin to popping a pimple on a Burrata. 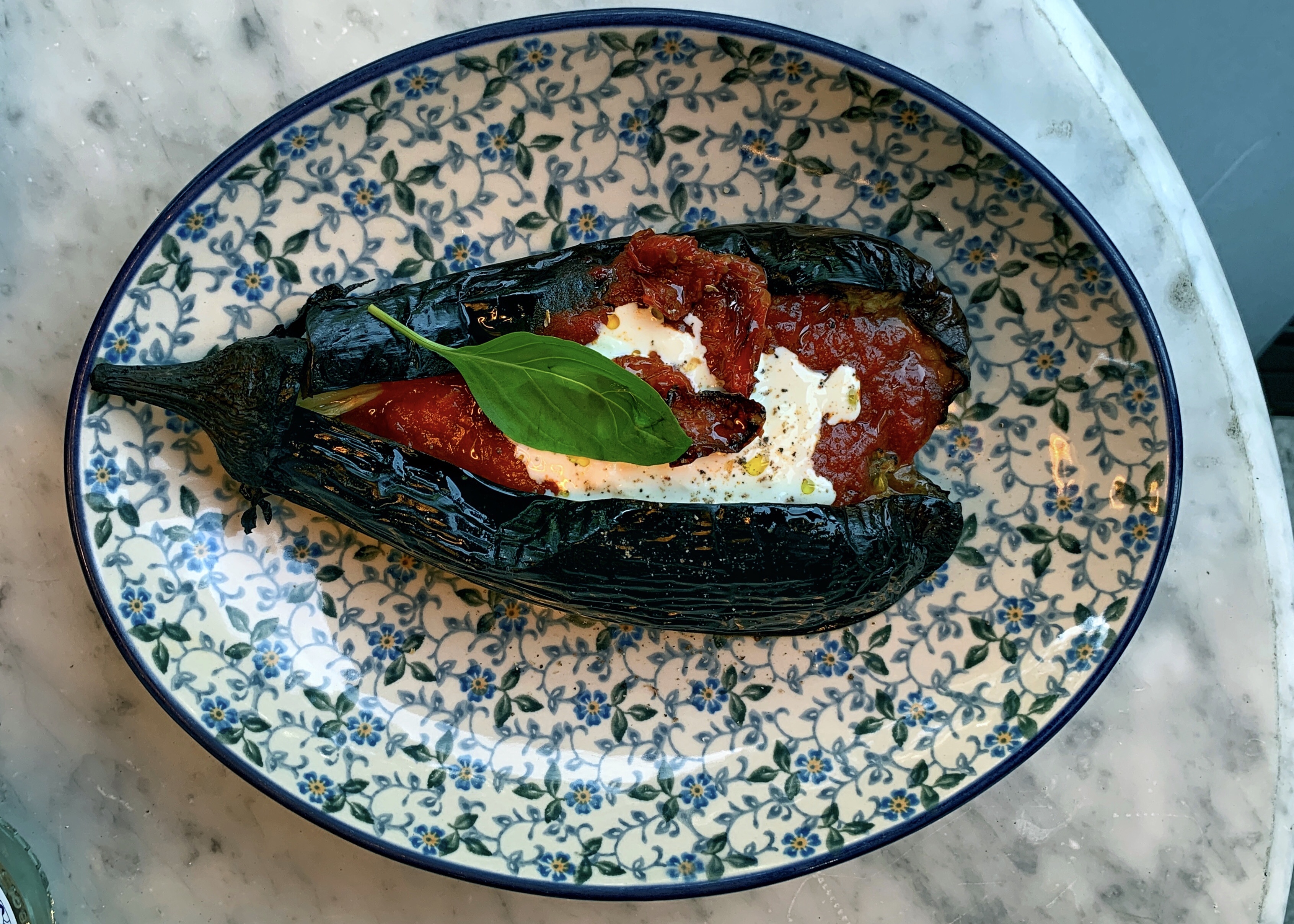 We continue with the Lolonaise (don’t) at 15 euros. Big mamma group always make proper al dente pasta, and this dish was no exception, but the sauce could have benefitted from some depth of flavour. I begin to worry that the tourist palate is being catered to a little too much here. 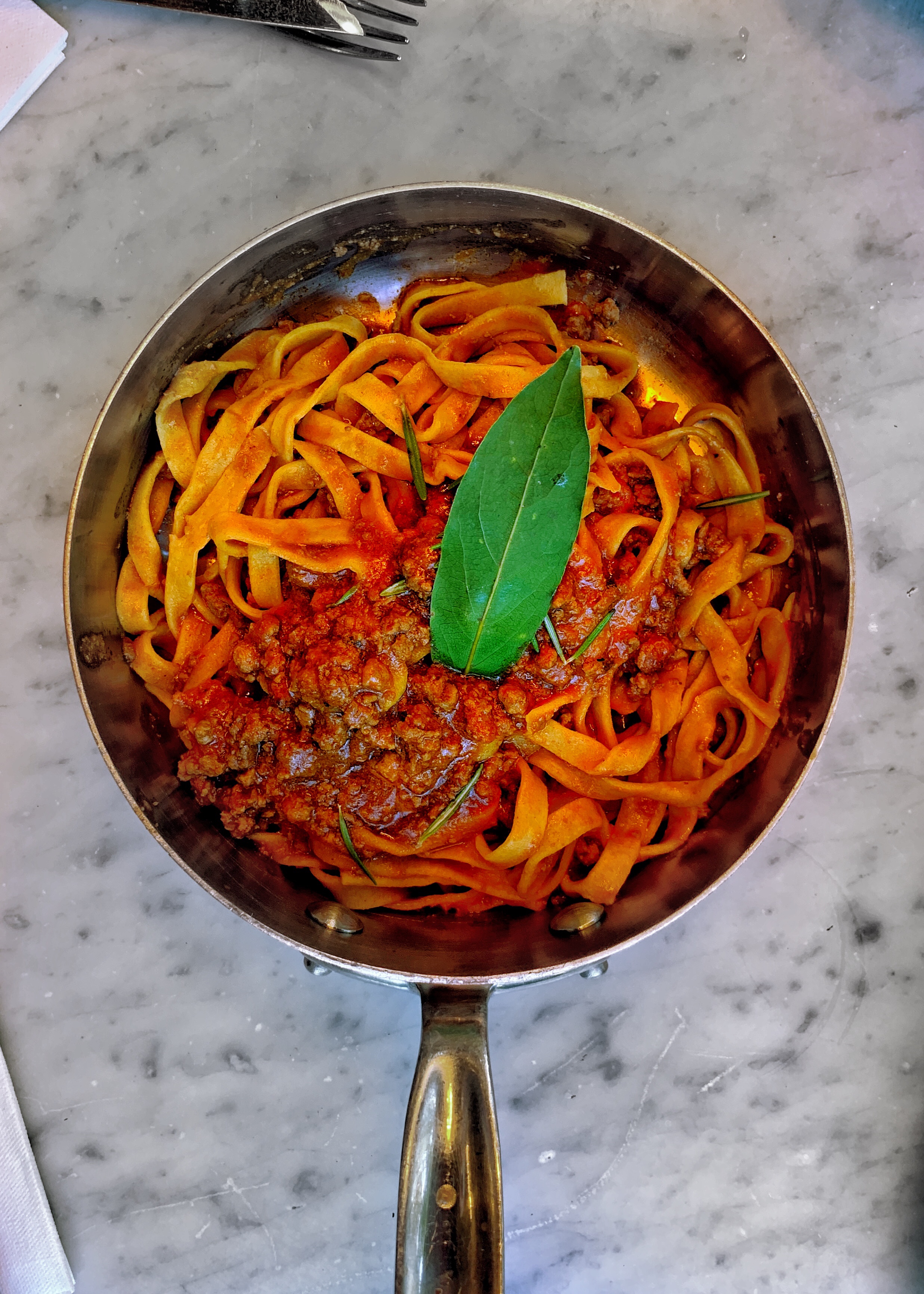 There’s one thing that Ober Mamma does right, without any exceptions; that’s Pizza. The “Puissance 4” (Quattro Fromaggi) at 13 euros, is undoubtably the best Pizza you’ll get around this area. 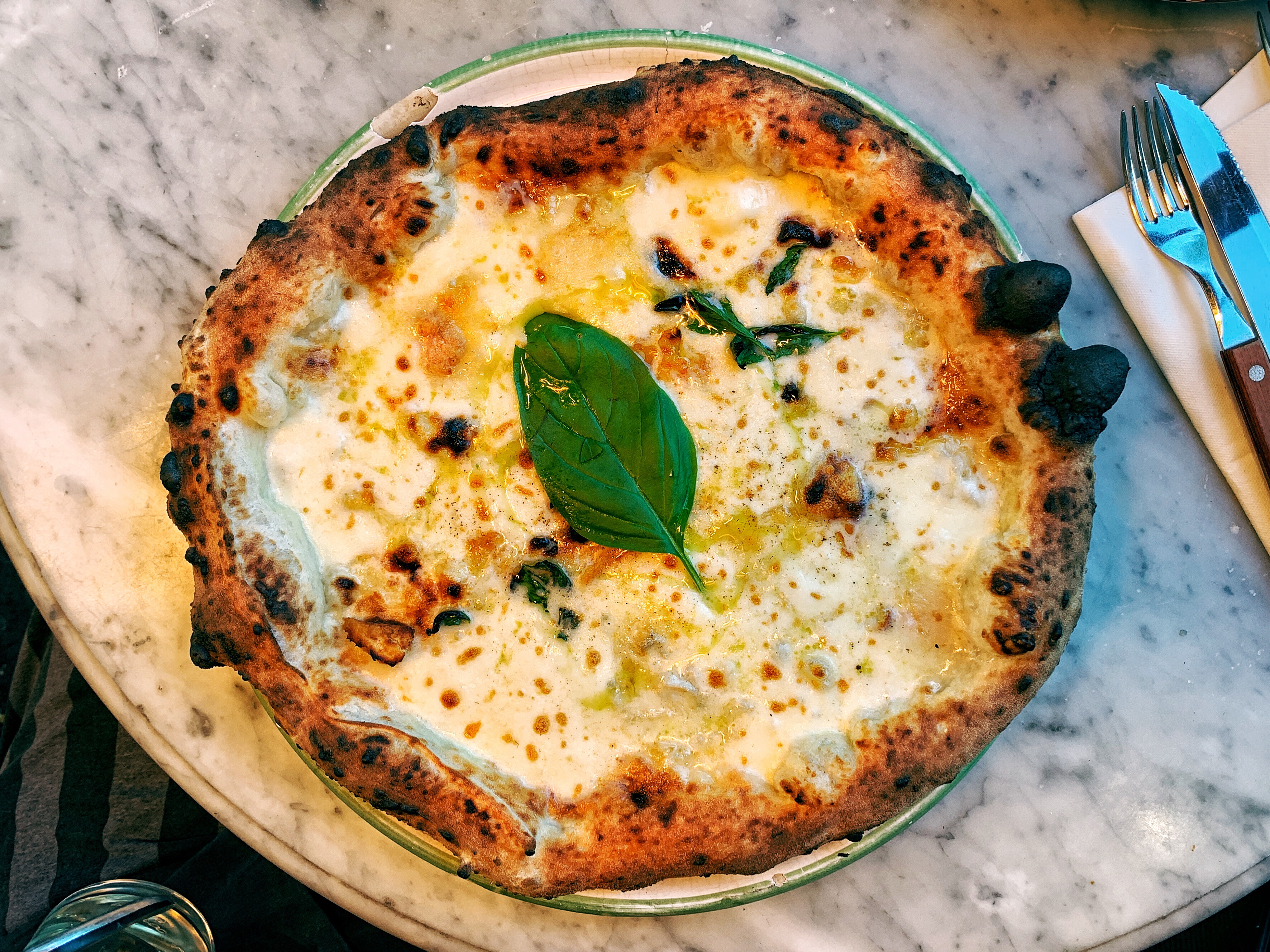 The Say Cheese (Cake) at 7 euros looked nice enough, but probably serves customer’s Instagram feeds and need for puns in dish titles more than it does a discerning sweet tooth. 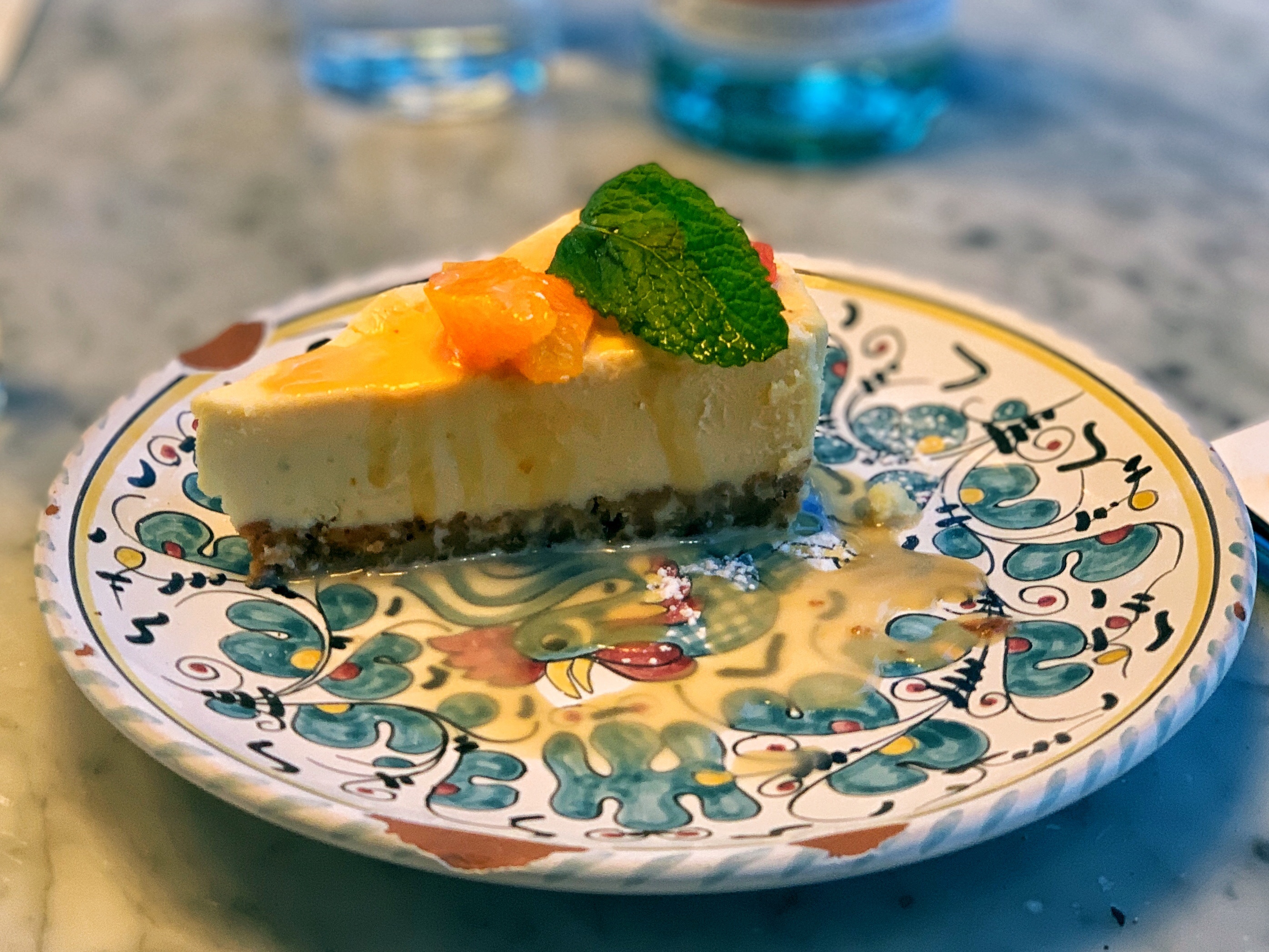 As naff as some of the names of dishes are, the almost exclusively Italian staff remain stalwart in referring to things by their traditional titles. This I appreciate. They are as charming and welcoming as you might expect, and the chefs don’t mind posing for a photo or two if you’re in the vicinity. 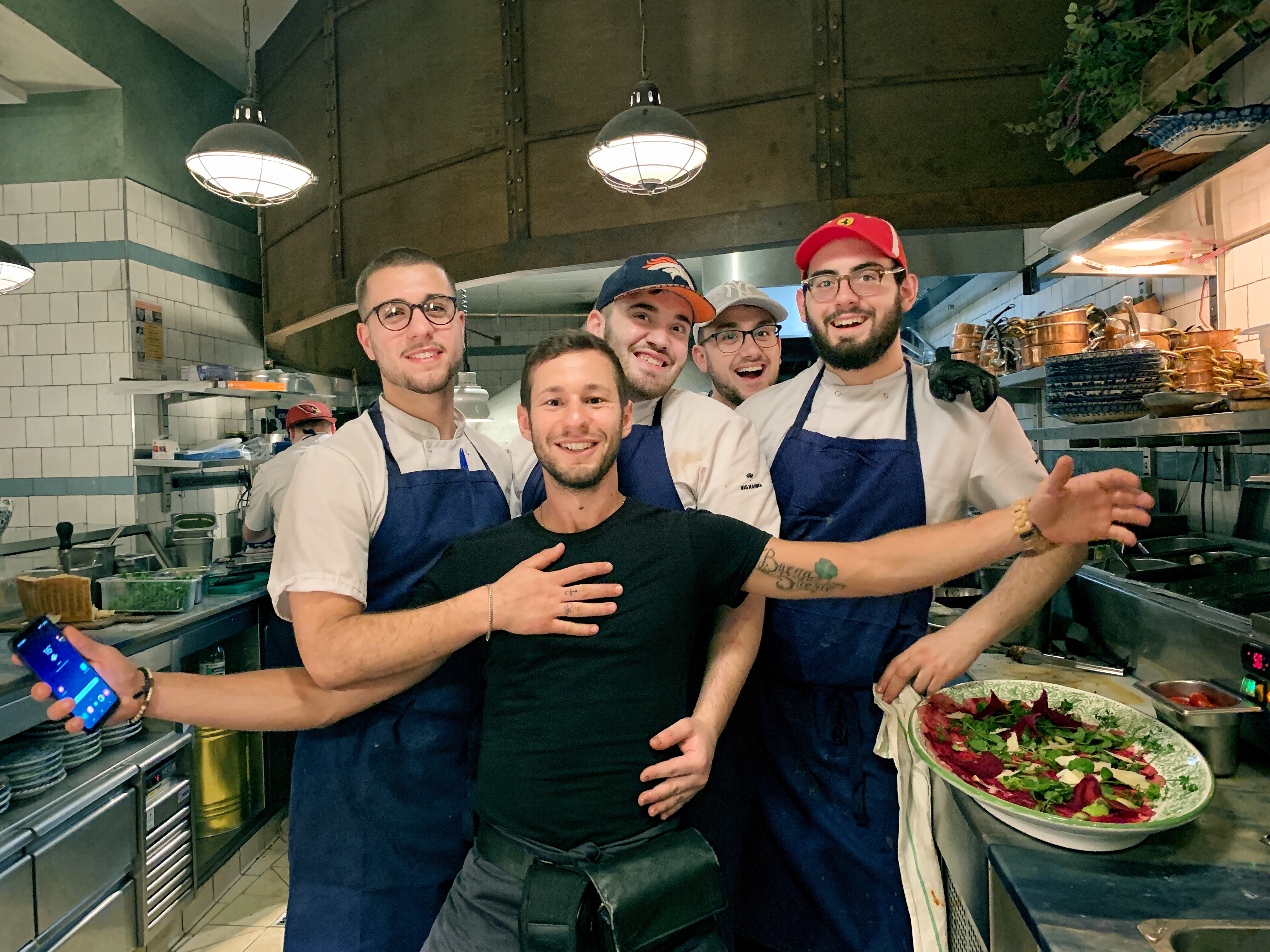 I’ll definitely return, the next time an Oberkampf drinking session requires a stomach lining that only Pizza can provide. After all, it’s what they do best.