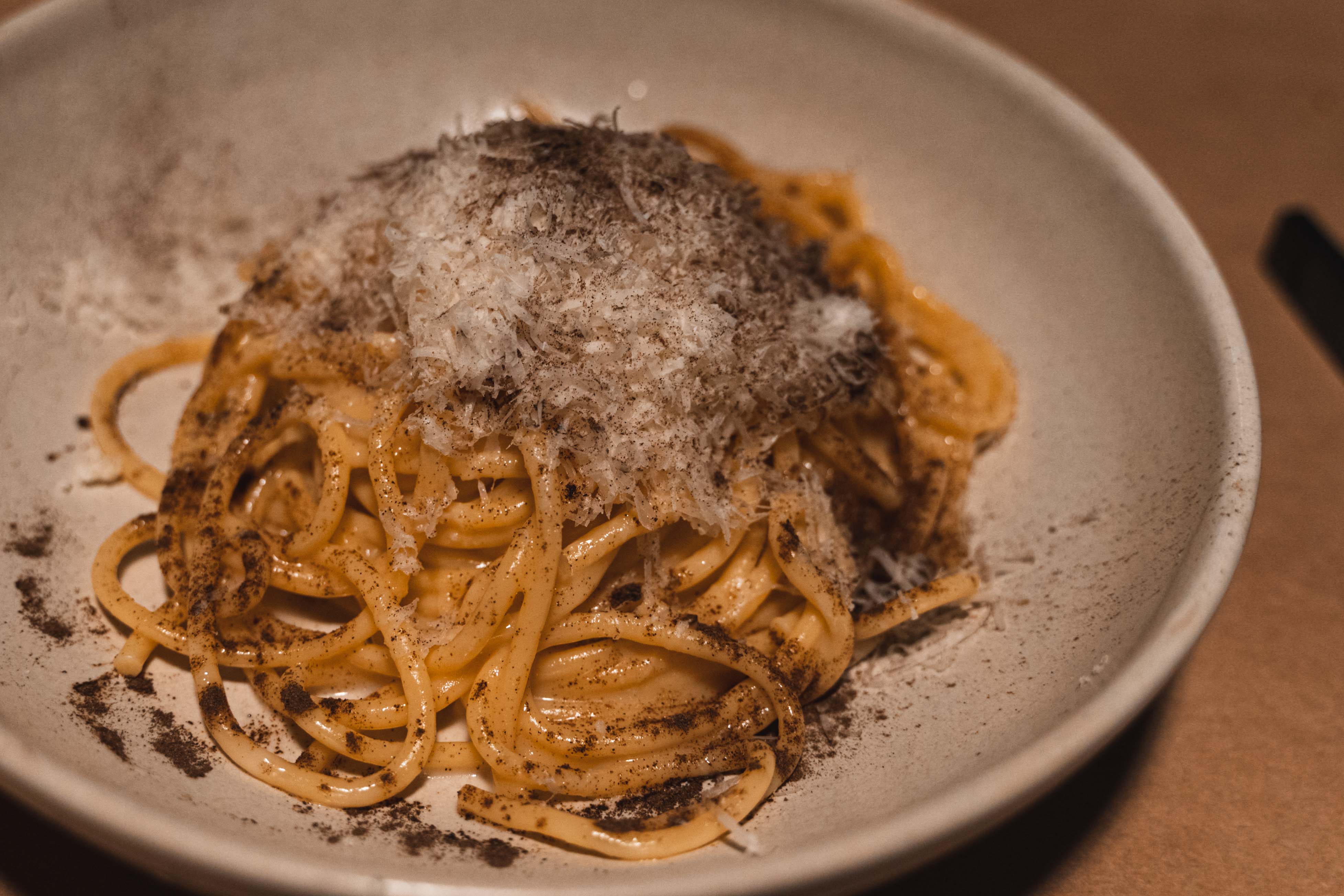 Every now and then one needs an Italian carb-fiesta, festooned with the filling delights that would bring colour to any Fellini film. That’s where Da Mario comes in. You may – like me – remember Da Mario from such evenings as Tuesday (when Lucio’s is closed). Its sleek, modern interiors appear to be a prerequisite of the precinct, on the legendary corner of Mentmore and Morley, positioned conveniently beneath an F45 in order to sufficiently tempt gym members to double down on their cheat day.

Being AVPN sealed, you can bet your bocconcini balls that Da Mario’s has a legit Pizza Oven, and isn’t afraid to use it.

We begin with the requisite aperitivos: Aperol Spritz ($15), which was lighter on the fizz than we were used to, but was made-up for with more liquor than most establishments dare to dispense.

… and a Negroni ($16), which was of decent standard for a casual environment.

The menu has changed only slightly since I was last here. We steer clear of the specials and open with Olive Ascolana ($14): Fried stuffed Olives that ate exactly as you’d expect. I could have had twice as many.

Moving on, the Pesce Marinato ($21), tasted way better than the photo I was able to take of it. What might look like a few uncooked chicken breasts garnished with old rubber bands, was actually fresh Raw Swordfish Carpaccio, marinated in White Balsamic, Red Onions and Pink Peppercorns.

It also comes with Herb Focaccia. I begin to wonder what happened to the old-school Italian Focaccia that was so popular in the 90s, and subsequently went on to verbally pontificate about this, much to the dismay of my uninterested wife who was probably born years after the trend died. I quickly shut my mouth.

We stop mucking around with cocktails and get stuck into some Tiefenbrunner Pino Grigio ($12), which resembled what I imagine the example photo of the quintessential Pino Grigio to be, if you looked up the definition of Pino Grigio in the dictionary. Quite good.

The first time I had Cacio e Pepe was over a decade ago in Rome (where it all began), and I’ve never looked back. I repeat: Never. Looked. Back. Apart from being my favourite pasta, it’s actually quite difficult to find a good rendition of in Australia. Buffalo Dining presents a strong case, as do a handful of others.

Da Mario’s version ($26) is pretty decent. The cheese is only slightly less unctuous than other versions I’ve tried below the equator, but they’re not shy in the pepper department, which I always appreciate. The pasta is al dente as well, which furthers the statement made with the pepper: This is how it’s meant to be eaten. Very Italian. Much respect.

On this night, we decide to stray from our usual dark masters of topping and be a little adventurous. After all, Napoletan pizza is mainly about the base (and I’m pretty sure they’ll have that covered), so we spread our wings a little and order the Margherita con Bresaola ($27). It is what it says it is, with some rocket and parmesan.

While I’m no fan of Rocket on Pizza, sometimes it’s the price you pay to experience different things. And glad we did, as this Pizza doesn’t disappoint. While the salinity of the Bresaola and Parmesan combination may keep you parched for the duration of your dinner, it’s all the more reason to order more wine.

Da Mario remains a feather in the cap of Rosebery, and reason enough to skip the gym and start living the life you deserve.